Are You Ready for BMF Season 2 Episode 1 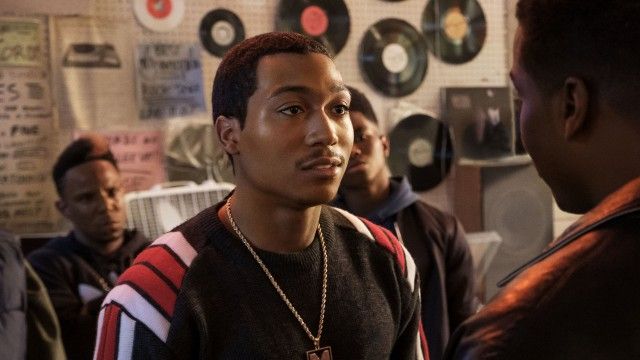 Family complicates criminal life. Season 2 of BMF (Black Mafia Family) is greatly anticipated. The second season of the reality drama about brothers who arise from the Detroit drug trade to become hip-hop influencers begins with Meech (Demetrius Flenory Jr. ), who smuggles drugs from Vegas, while Terry (Da’Vinchi), who is trying to go straight with Charles (Russell Hornsby) in a car-ride business. Meech’s brother, Charles, is a hip-hop influencer. the brothers use money laundering and drug trafficking to build their businesses and gain national and international fame. tvacute.com has a preview and details for Black Mafia Family BMF Season 2 Episode 1 titled Family “Dinner”, which you can watch below…

Starz published the BMF Season 2 trailer on November 26, 2022. This season, Meech is more serious about business and looking beyond Detroit. Terry aspires to study and start a legitimate car-ride service with his dad. The brothers bond after mayhem throughout the season. Despite risking everything, the couple attempts to become stronger and adopt a new vision for themselves and their firm. Developing friendships like Goldie, a sophisticated Atlanta strip club owner who helps Meech plan his future. As they grow the business from Detroit to Lansing, Ohio, and the South, the brothers face nearly insurmountable challenges, including a brutal war over the reigning territory and a terrible discovery about a crew member.

Is BMF Season 2 Available Without Starz?

Sadly, that would not be feasible. BMF’s first and second seasons are only accessible on Starz. Not currently a Starz subscriber? Not to worry! Typically, a plan costs $8.99 per month. If you’re fortunate, you may come across promotional offers with subscription rates starting at just $2/month for two months.

Is BMF based on True Story?

BMF is based on the real-life American tale of two brothers who founded the Black Mafia Family in Southwest Detroit. Demetrius “Big Meech” Flenory, the charismatic ringleader, and Terry “Southwest T.” Flenory, who is far more business-savvy, not only established themselves as a very prominent drug trade organization but have also solidified their status as icons in the hip-hop community. BMF, which is based on “love, family, and capitalism in the pursuit of the American dream,” follows the brothers’ cooperation as their commitment to their families is put to the test while pursuing their high-stakes goals.