BMF Episode 8 Finale Recap of “The King of Detroit” 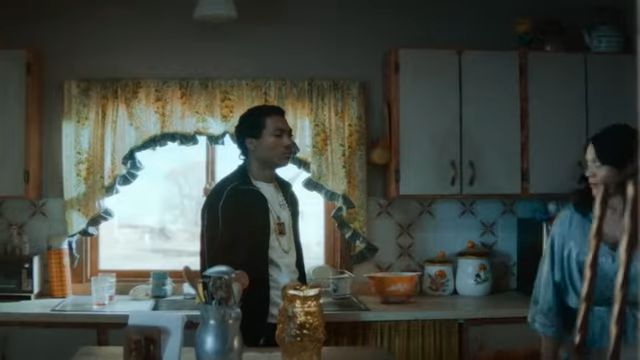 Previously on BMF Season 1 Episode 7, Nicole keeps quiet to the police about Darius’ killer at Meech’s request. Meech hires Tiny and his gang to kill Lamar! He was shot in the shoulder but escaped. Lamar broke into Monique’s residence to heal his wound, startling her. Lamar attacked Monique until Zoey intervened! Meech and Terry made B-Mickie leave Kato. He also saved Meech from the cops, killing Det. Lopez! While B-Mickie was running, Lamar came out of his house. Lamar wondered why Kato was talking to him. B-Mickie forced her to tell the truth. She admitted to working with Lamar to pay off debt but fell in love with him. She begged him to help her get Lamar! Read BMF Episode 8 Recap at www.tvacute.com.

Terry’s path to the future differs from Meech’s in BMF Season 1 Episode 8. While Meech wants them to be the “Kings of Detroit,” Terry wants their family to be remembered for something other than drug dealing. “BMF stands for Black Mafia Family and it represents all we’re about Tee!” Meech explains to Terry in this episode, which is the first since the 50 Boyz were disbanded. Blood ties you together, but loyalty binds you together as a family. Meech pays B-Mickie a visit to advise him of their new direction, which needs his loyalty more than ever before. B-Mickie began to stray, swearing to quit the family because he was no longer considered as an equal partner, as you may recall.

Det. Bryant is following through on his pledge to return Meech’s illicit money and to heed his warning that he’ll be coming after him. Bryant is also on the lookout for his partner’s assassin! Bryant raises feathers by bringing in dealers, including B-Mickie, for interrogation. Bryant tries to employ reverse psychology on the lieutenant in order to convince Meech to give him a pass when questioning him. “What kind of game are you attempting to run here?” B-Mickie asks the cop. Bryant isn’t fooling around… he’s after Meech!   Meanwhile, DRANO apprehends Meech and takes him into custody, detaining the young kingpin for questioning. Commander Marceline Beckwith, the chief of the state drug task team, confronts him for the first time at this point.   Despite Charles’ attacks, Lucille was able to re-appoint Shondalia White as their representative. However, when it came time to negotiate, the numbers didn’t work out in their favor.

Lucille and Charles were inconsolably upset! They planned to use the $25K payment to get Terry out of Detriot and away from Meech and the drug scene.   At a funeral, Meech, Kato, Hoop, and a few 50 Boyz team up to eliminate a threat. The quest, however, does not go Meech’s way.   Lamar kidnapped Kato while she was alone (perhaps as a set-up) and took her away to chat privately. Meech, on the other hand, confronts him and shoots the insane villain! Meech thereafter visited his mother to inform her that their family would no longer need to conceal and that they have nothing to be concerned about. Lucille confronts Meech, knowing he’s committed a heinous crime. All of her prayers for her dark son have been in vain. “I don’t know who the hell you are anymore!” she exclaims as she rejects him.