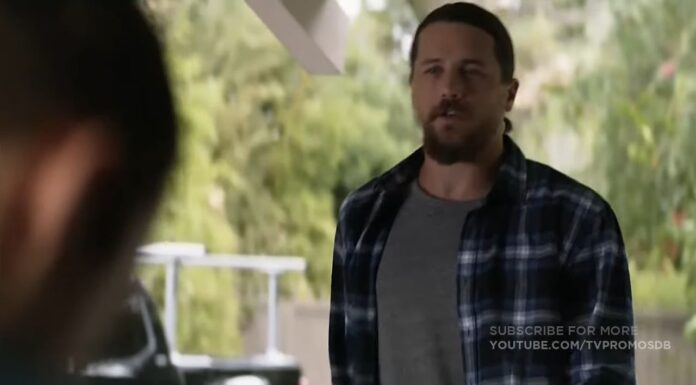 As the players got ready for their new jobs in Animal Kingdom Season 6 Episode 5, other aspects of the Codys’ private life raise some questions. the tense atmosphere between Craig and Deran grew. They are gets closer and closer to a brawl to settle some of their differences. We also watched how J’s romantic life became unnecessarily complicated, which worried Pope. In this episode, we also heard how Pope gained the moniker and how perfect his link to the church was. Amy also appeared. The more flashbacks we see, the simpler it is to comprehend Pope’s problems and how traumatic Pope’s time living under Smurf’s rule was. he is the only Cody still alive who has seen the entire scope of her cruelty, abuse, and many stages as she ascended to power. Read the recap here. What will happen next? Watch ‘Animal Kingdom’ Season 5  episode 6 new promo at www.tvacute.com, So that you can prepare yourself for the upcoming new episode.

Animal Kingdom Season 6 Episode 7: Is there a problem with Craig’s son?

We will finally see another robbery in the coming episode. as we move into a story called “Diamonds Are Forever.” Just by reading that, you probably have a good idea of how important things are right now. So, Is this the last journey the Cody Boys will ever take? Would you like some more information on the upcoming story? According to the synopsis; Craig and Deran argue. so it doesn’t come as much of a surprise since Craig has already been pulling away from the rest of the crew. We do think there’s a chance he’ll want to leave. As the result, Deran might feel the same way at some point.  what about Pope and J, Unfortunately, this synopsis offers no hints as to J and Pope’s inner conflicts.  Then we advise you to see the complete season 6 episode 6 promo and synopsis below.

‘Animal Kingdom’ Season 6 Episode 6 Synopsis: The Cody’s stage a jewel robbery; Craig and Deran are at odds; Julia and Baz spend time together.

Animal Kingdom Season 6 Episode 6 will air on TNT on Sunday, July 10 at 9:00 p.m. ET. At 11:01 p.m. ET, there will be an encore presentation. If you need to catch up on prior episodes, Prime Video is currently broadcasting the first five seasons.