Is Doctor Psycho Appear in Harley Quinn Season 3? Who Voices Him? 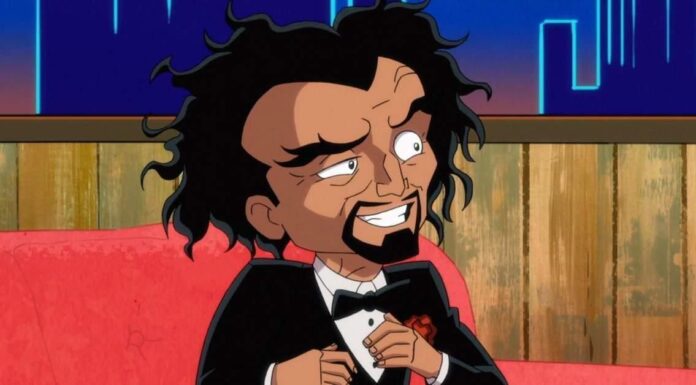 A pivotal figure in the TV series Harley Quinn is Doctor Psycho.  His real name is Edgar Cizko. Middle-aged Doctor Psycho is short. His psychic skills have left him with a malformed cranium, an oversized left eye, and an asymmetrically normal right side. He has black spiky hair, a moustache, heavy eyebrows, and a crooked nose. He wears black tuxedos, bow ties, and red roses over his heart placed over his heart. he has a sexist attitude. Early in season 1, Doctor Psycho loses his social standing, even in the eyes of other supervillains, after he uses obscenity. After that, Lex Luthor exiles him. In the first season, he was a protagonist and a member of Harley Quinn’s team; but, in the second season’s second half, he betrayed her and turned into one of the key antagonists. In the end, he is defeated and transferred to Arkham Asylum. We can answer your question about whether he will appear in “Harley Quinn’s” third season.

The first three episodes of “Harley Quinn’s third season do not feature Doctor Psycho. He is not one of the key characters, at least not in this season, as this makes obvious. That doesn’t mean he won’t show up at all during the season, either. Since they adore Doctor Psycho and the guy who portrays him, series co-developer and showrunner Patrick Schumacker strongly hinted in an interview with Comicbook.com that Doctor Psycho would play a new role in season 3.

Showrunner Patrick Schumacker revealed Doctor Psycho’s role, he said that “We want Doctor Psycho to come back. But obviously, considering what transpired in season two, adding him to the crew remains a non-starter. We were considering how to keep including him in the plots and whether he would serve as Harley and Ivy’s evil mentor while they were imprisoned, similar to the Hannibal Lecter figure, as they made their way through the third season’s narrative. So, yes, we really want him to return to the narrative. So, it’s likely that Doctor Psycho will appear in the third season of the program. Given what Schumacker mentioned, he may not have the same prominent position as in the previous two seasons, but he still has a place in the narrative.

Who is the voice of Dr. Psycho?

Tony Hale, an actor, and comedian provides the voice for Doctor Psycho in addition to Felix Faust and a number of other minor characters. Schumacker said, “The other thing I think I could say is that we love Doctor psycho, we love Tony Hale, we want Doctor Psycho to come back.

Hale was born in West Point, New York, and was raised in Tallahassee, Florida. He participated in various theatre performances and took acting classes at the Young Actors Theatre when he was very young. He graduated from Regent University’s School of Communication and the Arts in Virginia. Hale spent eight years developing his art in New York after completing his degree. In 1995, he made his on-screen debut in the television film “The Least of These.” It took him nearly nine years after that for him to make his big-screen debut in the 2004 film “Stateside.”

Since then, Hale has made a name for himself in the comedy world by playing roles in TV shows like “Arrested Development,” “Veep,” and “Buster Bluth.” On May 24, 2003, Hale wed makeup artist Martel Thompson, winner of an Emmy. Hale is a devout Christian, as is his wife. the couple has a beautiful daughter. He was awarded the Primetime Emmy in 2013 and 2015 for Outstanding Supporting Actor in a Comedy Series for the latter. At the PlayStation Theater in New York City in 2017, Hale presided over the ninth annual Shorty Awards. The next year, Hale started as Jerome Squalor in episodes adapted from The Ersatz Elevator and The Penultimate Peril of the Netflix comedic drama series A Series of Unfortunate Events. In the Disney+ original The Mysterious Benedict Society, he has two roles.