When will The Good Doctor season 6 episode 10 air? 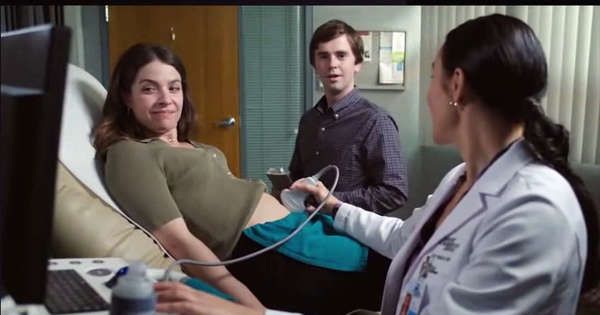 ABC will air The Good Doctor Season 6 Episode 10 on Monday, January 23, 2023, at (10:00-11:00 p.m. EDT), on ABC.   Hulu has previous Seasons accessible to view. The show is available to stream on Hulu and ABC’s official websites. The show is also accessible on a variety of streaming TV services. For those residing outside of the United States, The Good Doctor is available on Netflix. Hulu with Live TV and YouTube TV are two platforms that allow consumers to stream live television. Seasons 1 to 5 are also available for purchase on Amazon Prime Video, either by the episode or by the season.

The Good Doctor season 6 episode 10 What to expect?

Before the show went on hiatus, we saw The Good Doctor on television, there were a lot of unresolved plot threads. Lea told her husband Shaun that she was pregnant. In the next episode titled “Quiet and Loud” of ABC’s The Good Doctor, Shaun and Lea’s excitement about their pregnancy is tempered by the discovery of additional difficulties. Given that she was diagnosed with Asherman’s syndrome, a disorder in which scar tissue forms inside the uterus, the couple didn’t anticipate having children so quickly. They were also devastated by a miscarriage the previous year. But if she needs emergency surgery, Shaun and Lea may be in for more difficulties in the near future.

The tenth episode of the sixth season of The Good Doctor, titled “Quiet and Loud.” According to the synopsis: Shaun and Lea learn that their surprise pregnancy may come with additional complications; Doctors Park, Reznick, and Allen treat a teen with Gardner’s syndrome whose past surgical history jeopardizes the outcome of his current one. As we progress through this episode, the St. Bonaventure medical staff may be forced to remove her uterus entirely in order to perform a dangerous procedure. Are you worried? It’s impossible not to be, but we’re keeping a glimmer of optimism. Since the beginning of the show, Shaun and Lea have been through a lot, and it would be amazing to see them finally bring a child into the world after all that they’ve been through.

According to the preview, Dr. Glassman discussed Lea’s condition with Shaun. Shaun is certain that he wants to be in the operating room while everything is going on, and you can see Dr. Glassman talking about it. The plea is turned down by Dr. Glassman, who explains that every choice that needs to be taken must be in Lea’s best interest and that there must be no emotional involvement in the process.

As Danny and Danni treat Teddy, a young man with bulimia, Shaun introduces a new scoring system that pits them against one another. Danny is moved by Teddy’s suffering and helps Teddy mend fences with his brother. Lilly, Park’s new girlfriend, is being treated by Park, Morgan, Jordan, and Asher for a sinus infection that has migrated to her brain. This causes Park and Morgan to argue once more before coming up with a joint solution. Even Lilly has noticed the continued, obvious sentiments between the two, and Morgan acknowledges that she worries that they are reverting to their previous dynamic. Prior to Lea and Shaun agreeing to find a home they can both be satisfied with, Lea wants to buy a fixer-upper. Shaun finally abandons his revised scoring scheme. Clay proposes an open marriage to Lim after she consents to have surgery to correct her spine. Lea worries about the risks after learning she is pregnant once more while receiving treatment for a hand injury. Jordan pays a visit to Danny and finds him lying on the floor, drugged up once more.