The Good Doctor season 6 episode 11: What to expect? 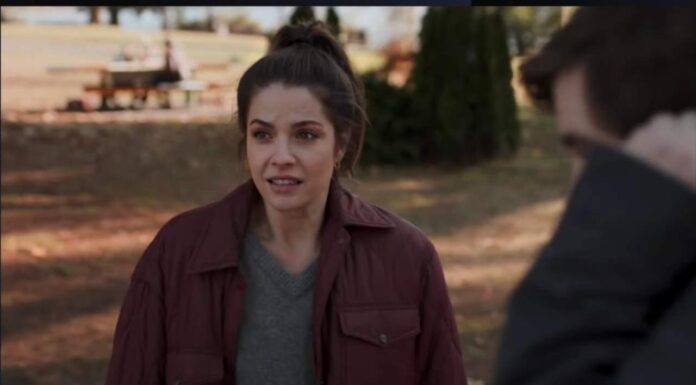 The fate of Daniel Perez (Brandon Larracuente), the results of Audrey Lim’s surgery, and Baby Murphy’s sexual identity are all revealed in The Good Doctor season 6 episode 10. Three months later, Lea’s pregnancy is developing. In the meantime, Morgan, Alex Park, Danny, and Jordan treat Drew, a young cancer patient. Lim rejects Clay’s proposal. At the end episode, Lea Dilallo (Paige Spara) is rushed into emergency surgery. Dr. Glassman (Richard Schiff) and Lim (Christina Chang) are able to rescue Lea. thanks to Shaun’s surgery for saving Lea and the baby boy. After watching the tenth episode of the sixth season of The Good Doctor on ABC, are you interested in receiving some additional information about the next new episode? Everything you need to know about the highly anticipated sixth season of The Good Doctor can be found right here (at tvacute.com).

The Good Doctor season 6 episode 11 What to expect?

Dr. and Mrs. Murphy may finally relax. They overcame yet another apprehensive moment throughout their pregnancy, and now they know they’re going to have a son! In the eleventh episode of the sixth season of The Good Doctor, titled “The Good Boy.”  we are able to reveal about this particular episode is that you will see more personal turmoil for Shaun Murphy (Freddie Highmore) and Lea in addition to major cases that take place at St. Bonaventure Hospital. Even though the network hasn’t provided very many more details in advance. but they released a preview – By doing this, we were actually able to get a better understanding of what lies ahead. This is a tale that centers largely on a dog, one that Shaun and Lea find to be in perilous circumstances after learning of its predicament.  Now they are officially having a baby boy, and Lea in particular taking care of this puppy may signal that she is ready to take care of someone else. This topic has the potential to come up in conversation an increasing amount the closer we get to the due date of their child. Watch the promo below.

ABC will air The Good Doctor Season 6 Episode 11 on Monday, January 30, 2023, at (10:00-11:00 p.m. EDT), on ABC.   Hulu has previous Seasons accessible to view. The show is available to stream on Hulu and ABC’s official websites. The show is also accessible on a variety of streaming TV services. For those residing outside of the United States, The Good Doctor is available on Netflix. Hulu with Live TV and YouTube TV are two platforms that allow consumers to stream live television. Seasons 1 to 5 are also available for purchase on Amazon Prime Video, either by the episode or by the season.