What is the best way to watch Yellowstone Season 4 Episode 9 Online? When will Yellowstone be on tonight? Everything you need to know is right here 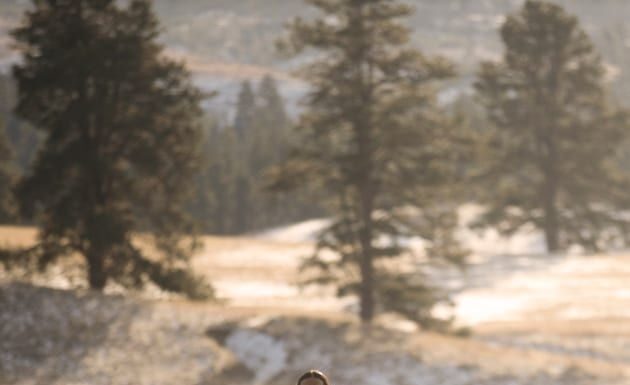 The extremely successful series on the Paramount Network is still one of the highest-rated shows on television. Yellowstone Season 4 may be coming to an end next week, but if you’re looking for anything to replace that Yellowstone-shaped hole in your viewing calendar, go no further.

Kevin Costner series Yellowstone Season 4 is heading to its last two episodes. On Sunday, December 26th, the season’s penultimate episode will show on Paramount Network, and the season will conclude on January 2nd. Isn’t it amazing that another chapter of the Dutton family saga is coming to a close? The family survived an assassination attempt in the Season 4 premiere, but there is still a lot of infighting and mistrust among the family, putting the ranch in greater danger than it has ever been. Every Sunday, new episodes are released. (tvacute.com) Here’s all we know about Yellowstone Season 4 Episode 9, including When, will it be released and how will you be able to see it?

What will happen in Yellowstone Season 4 Episode 9?

Yellowstone season 4 episode 9 is titled “No Such Thing as Fair,” we will see John and Beth are having a disagreement. Jimmy will have to make a significant decision. Kayce sets out on a new adventure. so many questions we have for Kayce, who will Kayce Dutton choose? Kayce put his father, siblings, and the Yellowstone Ranch ahead of his wife and son in order to protect them. Is there going to be a romance between Kayce and Avery? Monica’s pregnancy will have what effect on Kayce’s decision? Jamie learns that Garrett’s past could have an impact on his own future. The tale of Jamie and his biological father is the one strand we’re more convinced will be resolved. If John has discovered out who is responsible for the attack at the end of the previous season, you have to believe he’ll act quickly especially given what recently happened to the Sheriff. watch Yellowstone season 4 episode 9 Preview below

Yellowstone premiered its fourth season on Nov. 7, with back-to-back episodes.  Yellowstone airs on the Paramount Network on Sundays at 8/7c if you want to see new episodes. On Sunday, December 26th, Season 4, Episode 9 will premiere. If you can’t watch on Sunday night, episodes will be available on the Paramount Network app the next day, but you’ll need a cable subscription. Yellowstone is not available on Paramount+ due to licensing restrictions.

Yellowstone will be followed by the second episode of the prequel series 1883 on Sunday, Dec. 26 if you need more Duttons in your life. 1883 is also available to watch on Paramount+.

With an active subscription to fuboTV, YouTube TV, Sling TV (through the $6/month Comedy Extra bundle), Philo, or DIRECTV STREAM, you can also watch Yellowstone live. A live feed of the Paramount Network is available on all of the aforementioned platforms. Free trials are available for qualifying users on Philo, fuboTV, Hulu + Live TV, and YouTube TV.  Google Play, Vudu,  Amazon Prime Video, and iTunes are also available at various prices.

With a valid Hulu + Live TV subscription, you can watch Yellowstone Season 4 live. The service includes a live broadcast from the Paramount Network as well as a seven-day free trial.

Peacock is now streaming Yellowstone Seasons 1-3. When Season 3 concludes, Season 4 is expected to be available on the service.