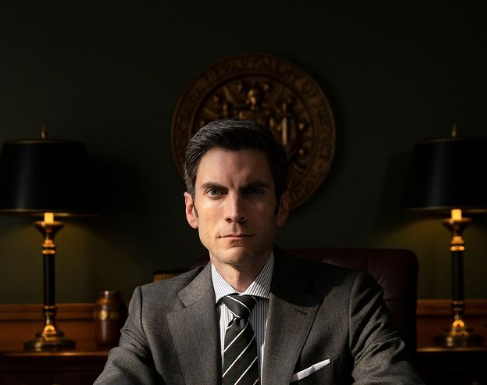 In Yellowstone Season 4 Episode 8 ‘‘No Kindness for the Coward’’ delves into a flashback to James Dillard Dutton’s life in Montana In the previous episode, Rip, Beth (Kelly Reilly) and Carter, enjoy a pleasant meal in John’s Log Cabin. Jamie considers opposing John’s candidacy at Christina and Garrett’s urging. Jimmy and Emily go out on a date and become closer. Monica, meantime, has excellent news for her family – she’s pregnant. Jamie (Wes Bentley) wants to meet John (Kevin Costner) in person but away from the ranch. Sheriff Haskell is hit by a gunshot in this episode. To know more know the recap for episode 8, Scroll below. Now fans are curious to discover about Yellowstone season 4 episode 9? Only two episodes remain in Season 4 Yellowstone. So, everything you need to know about the new Yellowstone episode is right here (www.tvacute.com).

First Start with the good news is that the show will be back on the network in a week. Even though it is the day after Christmas, the network will not be deterred. They plainly believe the ratings will be there.

“No Such Thing as Fair” is the title of episode 9 of season 4 of ‘Yellowstone. It’s the season’s penultimate episode! After this, the only thing left is the huge, emotional finale. The future of the ranch remains uncertain, and it’s unclear where things will fall for the Duttons. We’ve had to cope with some scary events recently. With only two episodes remaining, there is no clear path to the season’s finale. The plots are scattered all over the place. Garrett and Jamie must atone for their transgressions. Beth and Rip must marry. Now we have Beth manipulating Market Equities and John running for Governor. Season 4 will draw a line somewhere. How .. We’ll simply have to wait and see what happens next…

Yellowstone Episode 409 Synopsis: John and Beth squabble. Cowboy School is over for Jimmy, who has an important decision to make. Kayce begins a new quest. Jamie realizes Garrett’s past might affect his own future.

How many episodes are left in Yellowstone Season 4?

A flashback to James Dillard Dutton’s life in Montana during the early years of the Yellowstone Ranch. James’ wife Margaret and kids John and Spencer eat dinner while he chases a ring of horse thieves. In the present, Jamie mulls contemplating running against John for Governor. He fears that if he enters the contest, Garrett’s involvement and the Dutton attacks will be revealed. Jamie considers opposing John’s candidacy at Christina and Garrett’s urging.

Rip and Beth move into John’s Log Cabin. When the family gathers for supper, Beth storms out. Rip persuades Beth to return to the table, and the family enjoys a pleasant meal. At work, Beth must address Caroline’s concerns about the airport construction protest. Beth proposes removing the media first, then utilizing action against the protestors. However, Beth tipped off the press with Summer’s (Piper Perabo) help, resulting in poor media publicity for Market Equities.

Jimmy and Emily go out on a date and become closer. Monica, meantime, has excellent news for her family. She tells Kayce she’s pregnant, which makes her happy. John and Rip load a herd of bulls for the town. John wants to meet with Sheriff Haskell and seek out a method to assassinate Riggins, the man who planned the hit on the Duttons. When John and Rip arrive at the diner to meet Haskell, Rip notices something is wrong. Armed robbers are trying to pillage the place, Rip and John deduce. The cowboys rush to the aid of the helpless.

Jamie contacts John to set up a meeting. Rip is the one person in John’s life who doesn’t question why he’s doing something. John wants to ask sheriff Haskell, how he can make the life of the man in prison who ordered their attack shorter. Rip holds them back as they approach a diner. Inside, no one is eating and everyone is staring at each other. Inside, there’s a man holding a gun to a girl’s head. The Sheriff is on the premises. Rip and John charges in with all guns blazing. Haskell is hit by a gunshot. He appears to be dead. John and Rip make an incredible team. Haskell instructs John to call his daughter, but he perishes while on the phone.

James Dutton’s Death In the episode’s cold open, viewers glimpse an early version of the Yellowstone Ranch’s huge empire. James Dillard Dutton, the first generation Dutton family member who founded the ranch, has died. But audiences are just learning about him in the prequel series 1883. In the seventh episode, a flashback shows the first-generation Dutton patriarch dying. James and his men are pursuing a ring of horse thieves into the woods. James and his soldiers track down the bandits and shoot them. . His legacy is enormous, but his sense of justice is carried through and exemplified by John’s efforts against the bullies today.