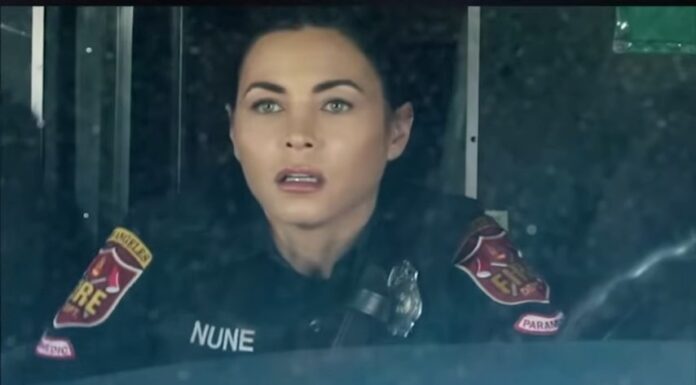 The episodes of The Rookie on ABC that focus most on the dynamics of the cast and how they’ve come to function as a family are among the best. The thirteenth episode of season five of The Rookie was a lot of heartwarming family moments. Celina (Lisseth Chavez) has always managed to find fans and detractors alike. A highlight of the episode was Celina and Wade Grey’s pairing, but Celina and Tim’s exchanges were also really cute. It was adorable that Lucy Chen (Melissa O’Neil) enlisted Nyala Harper (Mekia Cox) and the rest of the gang to help Tim Bradford (Eric Winter) obtain a better job. (To Know more Read the recap below) After enjoying the story’s focus on the importance of family, fans are now eager to discover more about the new episode of The Rookie. To more about The Rookie Season 5 Episode 14, all of the information, including the promo and release date, can be found at (www.tvacute.com).

ABC has provided an official promo and synopsis for the thirteenth episode of the fifth season of The Rookie titled “Death Sentence”. The writers clearly want you to be quite worried about this. Bailey Nune played by Jenna Dewan is the one character whose life is in jeopardy. this isn’t the first time we’ve seen her in a sticky situation.  Last time, she was able to survive Rosalind Dyer. As the preview and title for this episode hinted someone’s life is in danger. According to the synopsis, The shooting that occurred a little too close to home prompted Officer John Nolan and Bailey to search for the perpetrator. The trailer for this episode ends with Bailey, hurtling toward a great deal of peril. Will Jenna Dewan say goodbye to her role on The Rookie? In the end, the thing that is most important here is to wait and observe what actually occurs in the episode that is being watched.

While this is going on, Aaron is struggling to make ends meet, so he enlists Lucy’s help in finding the missing mother of the child Tamara (Dylan Conrique) is caring for. In another situation, Wesley has reason to believe that a judge is accepting bribes since the judge excluded important eyewitness testimony from the case.  Watch the preview below

The Rookie Episode 5.14 Synopsis: Officer John Nolan and Bailey are on the hunt for a mystery gunman after a shooting hits a little too close to home. Meanwhile, Aaron struggles to live within his means and joins Lucy to help Tamara when the mother of a child she babysits goes missing. Elsewhere, Wesley suspects that a judge is taking bribes after he excludes valuable eyewitness testimony from a case.

What about Tim Bradford (Eric Winter,) he will be joining Metro.  It was the perfect girl ever when Lucy solicited Harper and everyone else’s assistance in order to improve Tim’s employment prospects. Even though Tim is quite good at his job as the court liaison, he would probably be happier working for Metro. It provides him with the kind of action he enjoys, keeps him active, and gives him the opportunity to collaborate with the other characters on a regular basis.

Where to Watch The Rookie Season 5 Episode 14 Online?

Tim is getting used to his new role as a court liaison. They will have to cope with power outages as well as extremely high temperatures throughout the day, so the day is going to be very stressful. Celina is spending the day riding beside Grey so that he may assess whether or not she is remembering everything that she is expected to know. Lucy is troubled by the fact that Tim is unable to hide his boredom in his new role, and she is able to see it for herself.

Celina and Grey prevent a group of men from robbing a business that sells televisions. When Thorsen and Nolan investigate the cause of the generator problem at the station, they discover that two individuals posing as police officers have been tampering with the generator. They were attempting to free their companion from confinement.  Lucy is alerted to a weird odor in a storage facility, where she discovers a body along with blood and other bodily fluids.

lucy and nyla teaming up to help tim you love to see it #chenford #therookie pic.twitter.com/7mIpRjNvvQ

Lucy asks Harper for guidance on how to maneuver Tim into a different role, and Harper provides it. Angela is currently assisting Metro with a case, while Nolan and Thorsen are currently working alongside Angela and Metro on a major firearms bust. During the time when Angela is working undercover to make a deal, a man approaches her with a gun, and at that moment, they begin to lose their ability to see. Celina’s homebound mother, who is currently without power, requires a check-in. She makes sure her mother and the birds that her mother owns are okay. She has spent so many years cooped up in this house that she has no desire to move out. Nolan and Bailey make plans to spend the evening together, but the power goes out, and Nyla, her baby, and James have to come over since the baby needs to be kept at a cool temperature. After their son, Angela and Wesley walk behind them. Additionally, Lucy is here. Lucy enlists the assistance of everyone else in order to reorganize everyone’s duties in order to improve Tim’s chances of landing a better job.

“You okay?” Something about him only addressing Lucy in a room full of people makes my stomach hurt #therookie #chenford pic.twitter.com/894VqEk2MN

Tim also makes an appearance. They put a lot of pressure on Knuckles to find out what he can provide them and who he can turn on, and he decides to go with a fentanyl distributor. Lucy makes an effort to convince Shmitty to persuade another law enforcement officer to retire so that she can carry out her plan to find Tim a new job. Celina is counseled by grey to acquire the skill of requesting assistance. That was the takeaway for her. When they get to the fentanyl dealer on whom Angela has information, Celina is in charge of making decisions. Because there is a child present, they need to reconsider how they should proceed in light of the new information. They opened fire on the suspect’s vehicle and activated the alarm. It serves as a distraction when Grey and Celina enter the premises, with Celina grabbing the girl while Grey engages in a struggle with a suspect who is manufacturing drugs. As the odor of the drugs permeates the room, Celina and the girl find themselves unable to escape the bathroom. When Nolan enters the bathroom, he discovers Celina passed out and barely breathing. They are required to administer Narcan to her. The job in Metro is offered to Tim. As a form of payment for her assistance with the Tim matter, Lucy is required to clean out Smitty’s trailer.

Lucy preparing herself for what she got herself into 😭 #TheRookie pic.twitter.com/heC8jj4xBv