The Resident Season 6 Episode 11: What will Padma choose? Life and Death! 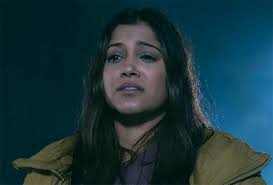 The Fox drama’s winter debut on January 3, 2023, will feature a significant amount of Conrad and Billie’s doorstep kiss.

In the fall finale episode of The Resident Season 6, Kyle made (Corbin Bernsen), a comeback and reunited with his granddaughter after a five-year absence. When Cade left town, she pretended to her boyfriend Conrad that she was going on a girls’ weekend when in fact she was going to see her father in rehab. Conrad, who has just begun to feel love sentiments for Billie, became even closer to her back in Atlanta. After saving Billie from being physically attacked by the grieving sons of a patient Billie had lost earlier in the day. She was attacked by the men in a stairwell and dangling over the edge of a railing. Conrad arrived in time to save the doctor until security arrived. In front of Billie’s house, they enjoyed a tender first kiss. And when it was ended, Billie grinned at Conrad before entering by herself and remaining silent.

In the fall finale, The Resident provided a cliffhanger of the most dramatic kind, as new mother Padma considered killing herself while suffering from postpartum depression. We know that Padma is in a dark place; she is perilously perched on the edge of a precipice and must decide between choosing life and death.

Amy Holden Jones, the series co-creator, can’t reveal all that will occur when the drama returns. However, Jones provides insight as to why Padma’s suicide attempt felt like a logical choice for the character after the show left her presumably ready to jump from a bridge. “What fascinates me is the thought of someone who becomes pregnant without fully comprehending it, who has never had those types of obligations, and then, lo and behold, has twins alone and becomes overwhelmed. That’s a maturational experience, you know?  TVLine share. Positive signs that Padma may survive her current situation when Season 6 begins include Jones’ hints about Padma’s potential future relationship with Raptor, but you might be surprised to learn that a romantic relationship is probably not in the cards for the two. Early on, we discussed whether she may end up with Raptor, but we ultimately opted against it, according to Jones. “Now that people who are not in a romantic relationship are co-parenting, we can have a really complicated and interesting situation. How does that appear? How does one manage? It’s a valid question and a promising setting for drama.

Naturally, according to Jones, “it’s possible” that Padma and Raptor’s relationship may someday feel natural. But when we constructed these scenes, it seemed like such a perfect world to build the kind of deep bond we wished to witness. We decided to take that route instead, she continues, noting that it has been difficult to find Raptor a compatible romantic partner ever since Shaunette Renée Wilson’s Mina left the show in Season 4.

On the other hand, When the show returns an eminent cardiothoracic surgeon, who also happens to be Dr. Yamada’s mentor, presents himself at Chastain Hospital complaining of chest discomfort. In the meantime, Kit conveys the news that due to changes in funding, the emergency room will no longer be taking patients with trauma. A patient who is suffering from confusion is helped by Devon and Conrad. Go ahead and read out the complete synopsis for The Resident season 6 episode 11 to gain a few more details today about what you could see: Including promo and photos.

The Resident Episode 6.11 Synopsis:  A famous cardiothoracic surgeon – who happens to be Dr. Yamada’s mentor – comes into Chastain after experiencing heart pain. Meanwhile, Kit breaks the news that the ER will no longer be accepting trauma patients due to budget cuts, and Devon and Conrad help treat a confused woman.

The Resident Season 6 Episode 11 will release on Jan 3, 2023, at 8 p.m. ET on Fox.  The episodes will also be released weekly, on Tuesdays (lasting 43–45 minutes).   Online Streaming Options; If you prefer online streaming, the episode will be accessible on Fox’s official website and the Fox Now app. Season 6 Episode 11 of ‘The Resident’ will air on FuboTV, Sling TV, and DirecTV. After their release, new episodes can be rented or purchased on Vudu, Amazon Prime Video, Google Play, and iTunes. Also, the first four seasons are available on Hulu.