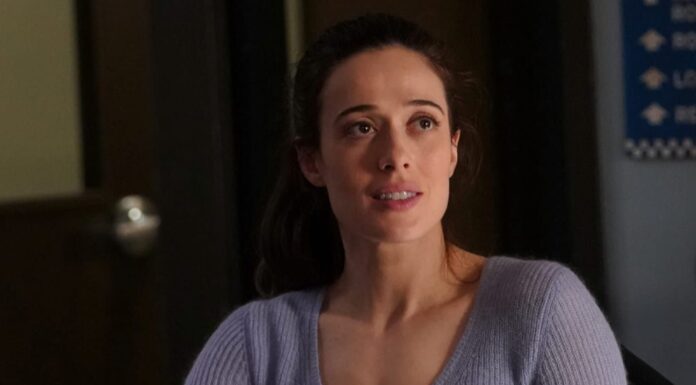 New episodes of three One Chicago series are back. In Chicago PD, A detective whose policing manner makes Torres (Benjamin Levy Aguilar) uneasy comes into contact with the squad as a result of a string of home invasion robberies.

In Chicago PD Season 10 Episode 9 fall finale, an intelligence officer found uncontestable proof that Sean was a child smuggler by saving a van full of abducted girls. However, after what seemed to be a fight between the two, Chief O’Neal was found dead and his son barely alive when Upton and Voight went to make the arrest. Upton did nothing except observe as Voight made an effort to save Sean’s life.  After what you see in the fall finale, it makes perfect sense to want to know when NBC will air the premiere of the tenth episode of the tenth season of Chicago PD..  What are your expectations for Chicago PD season 10 episode 10?  On www.tvacute.com, we have discussed it.

The tenth season of the police drama will resume airing with new episodes. In tonight’s episode titled “This Job”, the squad is working the case of a string of savage home invasion robberies alongside Detective Borkowski, an old buddy of Ruzek’s (played by Patrick John Flueger), who is working the case with them. When it is made evident to Torres (Benjamin Levy Aguilar) that Borkowski employs a very different approach to law enforcement, the situation gets much more problematic. The showrunner  Gwen Sigan told cinemablend that Jefferson White, the chief’s son, will return and to elaborate on why it was decided that the father would die and the son would live.

Sean’s return date and future health status were not disclosed by Sigan. After all, he was still shot in the head despite the fact that Upton and Voight saved his life. Regardless of his health, it seems safe to assume that the days of him being able to carry out his terrible acts are behind him. When Upton and Voight discovered the girls still alive, they also discovered witnesses that would enable them to prosecute the man. Of course, even though the case appears to be resolved, it’s still possible that Sean’s actions and comments will have an impact on Upton in the future. It was incredibly unfortunate timing given Halstead’s leaving that he seized every opportunity to criticize her gloom and assert that she was broken. You can watch the promo of the tenth episode of the tenth season of Chicago Fire below, which will give you some additional insight into what the future might hold:

A series of brutal home invasion robberies finds the team paired with Detective Borkowski, an old friend of Ruzek’s, to work the case; things get complicated for Torres when it becomes clear Borkowski has a vastly different policing style.

Chicago PD Season 10 Episode 10 will air on Wednesday, January 4, 2022, at 10 p.m. EST On NBC. It airs every Wednesday at 10 p.m. ET on Citytv in Canada, and it is broadcast on Sky in the United Kingdom. If you prefer live television, the episode will be available on Peacock TV, YouTube TV, Sling TV, Hulu+, and Fubo TV. The episode will also be available on Google Play Movies & TV, Vudu, and Amazon Prime Video on demand.

The Intelligence Unit was stuck in a difficult predicament throughout the majority of “Proof of Burden” since they were aware that Sean was responsible for trafficking and sexual assault but was unable to obtain the necessary proof in time to place him in custody. For as long as possible, Chief O’Neal kept himself willfully blind in an effort to safeguard the boy he loved in spite of everything. While Upton visited Sean, Voight eventually made him examine the evidence and realize what his son actually was.  In order to put him in jail, it initially appeared that either Voight or Upton would have to cross a red line once more, but his fate turned out to be much grimmer. Sean tried to seek refuge with his father, but he was unsuccessful. The chief fatally shot himself after shooting his son in the head, passing away there and then. However, Sean managed to escape the gunfire, and Voight started to help. Upton delayed taking action for a while, but in the end decided to assist him rather than allow him to perish. Thus, Sean lived while the foolish but ultimately noble chief perished.