The Last of Us Episode 2 Recap: Ending Explained; Who dies? 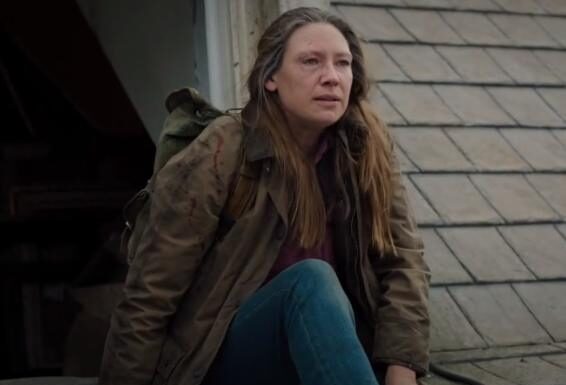 While the first episode of The Last of Us introduced us to the characters and the horrific world in which this story will take place with its tragic flashback between Joel (played by Pedro Pascal) and Sarah (played by Nico Parker). A major plot twist involves the revelation that Ellie (Bella Ramsey) may be the only person on Earth who is immune to the cordyceps sickness that has wiped out most of humanity. The second episode is considerably more subdued than the first, yet it’s still almost as devastating.

This second episode, directed by Neill Druckmann, the original game’s creative director and writer, is quieter as we leave the Boston quarantine zone and witness Joel and Ellie’s future. The Last of Us shows us more of Tess (played by Anna Torv) in this episode. She leads Joel and her smuggling enterprise, While there is plenty of action and tension in this episode, it is also one of the season’s quieter installments as Joel and Tess try to make sense of Ellie and Ellie begins to trust her two traveling companions on their mission to find the Fireflies, who may be able to help them create a vaccine. Tess gives her life so that Joel and Ellie have a chance of escaping the State House alive after an infected horde has overrun it.  If you’re seeking explanations of the second episode of the first season of ‘The Last of Us’ tvacute.com provides everything you need to know!

The Last of Us Episode 2 Recap: Infected 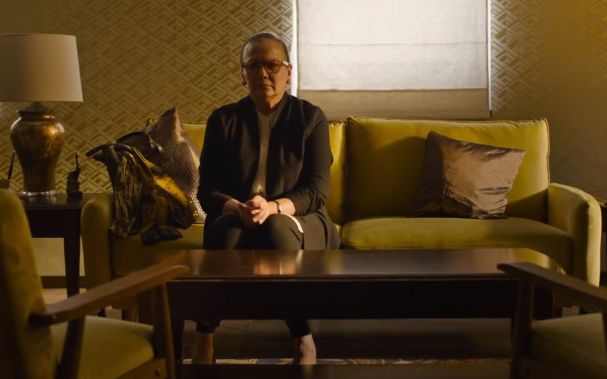 We pick up on September 24th, 2003 in Jakarta, Indonesia, two days prior to Outbreak Day. We first meet Ibu Ratna (Christine Hakim), a professor of mycology at the University of Indonesia who is called in by the police to look at a sample. When told that it was extracted from a human, she recognizes it as Ophiocordiceps but scoffs because the fungus is not supposed to be able to thrive in people. She dons a hazmat suit and visits the deceased person from whom the sample was taken. The corpse has a bite on its leg and a gunshot hole in its skull. When the professor cuts into the leg bite, spongy stuff begins to protrude from the wound. What’s worse: There are motionless thready tentacle-like structures in the cadaver’s mouth.

When the professor discovers that the bite occurred in a wheat and grains factory in the city 30 hours prior, she is initially shocked and then perplexed. Three of the bitten woman’s employees were bitten by her when she suddenly became violent; all of them had to be murdered. There are 14 persons missing, and the initial biter is still at large. The professor is enlisted by the military to assist in developing a vaccine or medication to treat the afflicted. She tells them there was nothing they can do but “bomb,” with a grave expression on her face. Bomb the inhabitants of this city. She breaks down in tears and requests a ride home so she can be among her family.

Following the credits, Ellie is seen resting in a deserted building being looked over by Joel and Tess, who are both naturally frightened by this girl who appears to be immune to the breakout. Joel is certain that she will eventually get fully afflicted. Tess dissuades him from sending her back to the quarantine area, where she would be killed by scanning, but she also presses him to explain what Ellie was doing with Marlene and why she is so crucial. She demonstrates that the bite isn’t growing worse and claims she doesn’t have an infection. After Ellie was bitten, Marlene (Merle Dandridge), the leader of the Boston Fireflies, discovered her, imprisoned her, and had her men do tests to see if Ellie was becoming ill. She explains to them that she is on her way to a Firefly base camp in the West, where researchers are trying to find a cure. Joel believes this to be complete nonsense, but Tess insists that if they can get her to where she is going, “we get what we want.” He nods grumpily. Tess stops Ellie’s antics once she begins to twitch and act like she is sick. 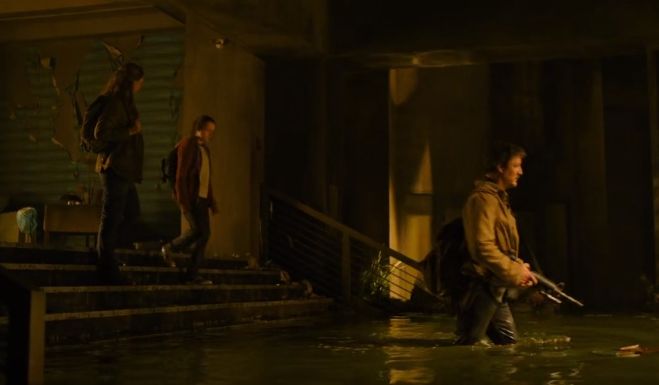 Boston was bombarded in an effort to stop the spread, and it appears that it was more successful there than in many other major cities. The three make their way through the city’s rubble. Ellie explains to her traveling friends how old she is (14) and how she got bitten as they climb over automobiles and other obstacles. She also makes reference of being an orphan. She also talks a lot and is amazed that the outside world is not as immediately deadly as she had been told. Their hunt leads them into a hotel that has been inundated, where they ascend to a high floor to have a better view of the area.

The bad news is that there are far more infected than there were when Joel and Tess last visited the city. We discover that afflicted individuals are linked and that the fungus also thrives underground. As a result, if you walk on a surface of Cordyceps in one location, you can awaken a large population of infected there. Therefore, the only route that might be viable is through the Bostonian Museum, a structure that the fungus has entirely taken over. Joel finds, however, that all of the organic matter emerging out of the windows and cracks in the dry, suggesting that all of the infected insides may have already passed away. With their weapons and flashlights drew, they enter while Tess and Joel warn Ellie to be quiet. 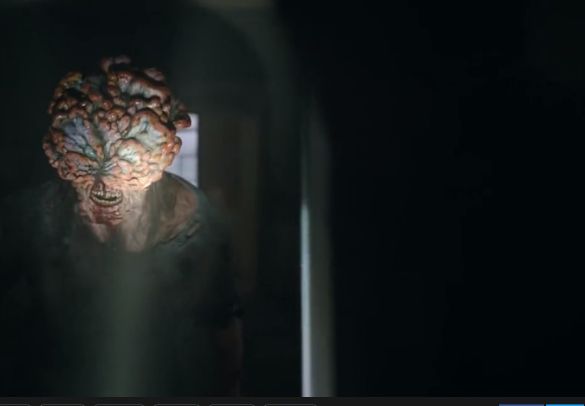 This counsel is rendered useless when the structure begins to collapse around them, bringing about the appearance of a hideous-looking infection that sounds like an alien baby bird and resembles a mushroom/ Venus fly trap. The bat-like creatures Ellie mentioned earlier are known as “clickers” during this stage of infection because they are so powerful and quick. In a very tense and frightening episode that takes place throughout the museum, the clicker and some of its companions follow the trio. When they’re finished, Tess’ ankle is twisted and Ellie has been bitten on the arm once more, but it appears that they handled it well enough. Joel complains that perhaps Ellie’s second bite will be the one that sticks, but Tess chastises him for not being able to handle some good news once in a while.

The Last of Us Episode 2 Recap: Ending Explained; Is Tess dies? 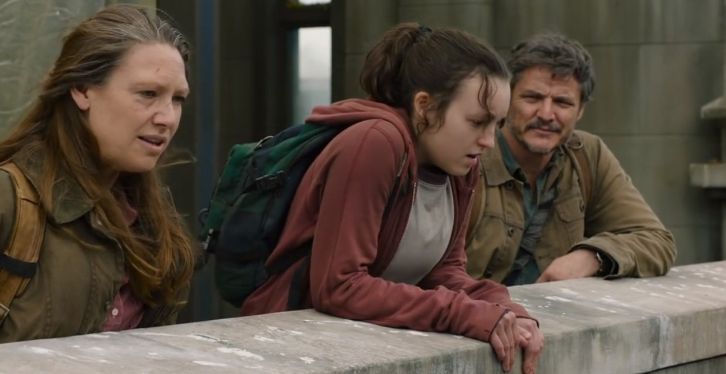 They eventually arrive at the State House, where the vehicle outside is vacant and the steps are covered in blood. Inside? Body parts are everywhere. Joel deduces that someone was bitten based on the condition of the corpses while Ellie speculates that FEDRA is to blame. Tess insists that they not go back, despite Joel’s desire to go back to the QZ. During the fight in the museum, Tess was a bit in the neck; in contrast, Ellie’s nip is already recovering. Joel is directed by Tess to take the girl to visit Bill and Frank. Tess assures him that he will persuade them despite his concerns that they won’t accept her. Ellie’s survival will “put everything right,” if he can manage it. One of the corpses begins to move, and Joel shoots it as this all plays out in a very horrible way in the foyer. They have only about a minute when Joel glances outside and notices a swarm approaching. Tess begins to spread grenades throughout the ground and crack open gas canisters. Tess approaches Joel as he knows what she is doing and advises him to “rescue who you can save.” 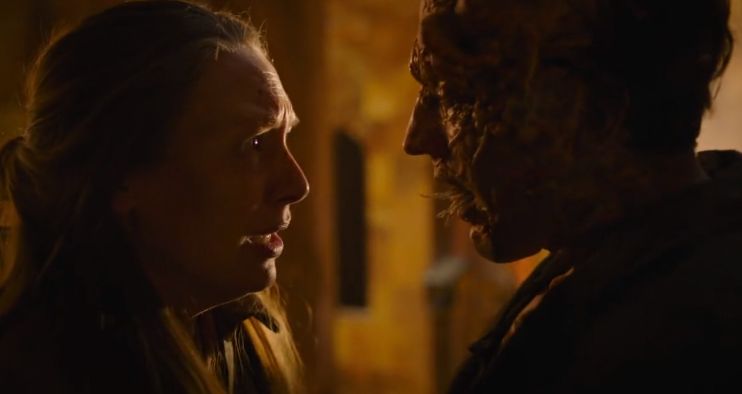 Joel clutches Ellie in agony and pushes her away so that they can leave the building before the crowd shows up. Tess struggles with a light that just won’t spark as the infected rush toward her. She eventually gets the lighter to work as one of the infected places his tendrils tongue on hers. She drops it to the ground, where it ignites and bursts into flames after catching the gas. Joel is understandably devastated about losing one of the final people on the planet who meant anything to him as he and Ellie leave the flaming flames. she takes a brief break to observe the building burn and seems to understand that even if their trip is only just getting started, it can’t all be for nothing.