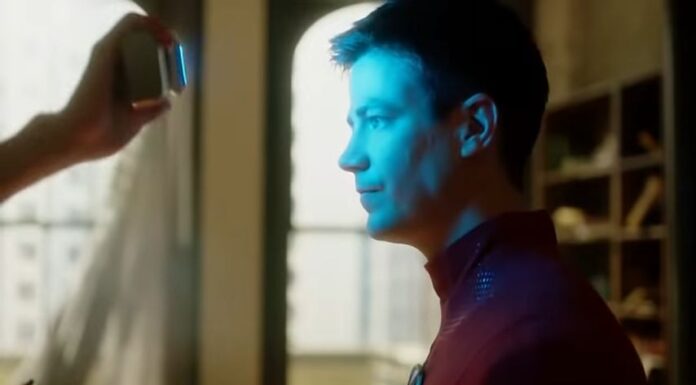 In the last episode 2 of The Flash Season 8, a Time-traveling alien from 2031 arrives to stop Barry from destroying the planet. Despero says the future Flash brings Armageddon. He doesn’t explain why this happens, only that he wants to murder Barry before destroying the world. Barry and Ray Palmer fought Despero, but it wasn’t easy. Ray, as the Atom, caused Despero’s belt to malfunction, sending him back in time. But that was simply a temporary fix. In “Armageddon, Part 1,” Barry revealed his name to the alien and swore to find out what could possibly change him as a hero to the point of endangering Earth. Seven days from Despero. Despero will kill Barry if he doesn’t change the future. Here’s when “Armageddon, Part 2” will air, as well as a synopsis and instructions on how to watch it online.

In “Armageddon, Part 2,” Team Flash tries to figure out why Barry would choose to wreak destruction on the city and planet he cares about. Black Lightning, Freeland’s masked hero, will be along on the adventure this time! https://www.tvacute.com below. you can check The Flash Season 8 Episode 2 recap below, which will enable you to understand the episode better.

The Flash Episode 8.02 Synopsis: THE FLASH SEEKS HELP FROM BLACK LIGHTNING – Despero (guest star Tony Curran) warns The Flash (Grant Gustin) that great tragedies will befall the speedster and cause him to lose his mind. Once that happens, Armageddon will begin. Determined to prove Despero wrong, Barry doubles down on proving his innocence but a devastating revelation from Iris (Candice Patton) pushes him to the edge and sends him to seek counsel from Black Lightning (guest star Cress Williams). Menhaj Huda directed the episode written by Jonathan Butler & Gabriel Garza (802).

The Flash Season 8 Episode 2 will release on Tuesday, November 23 at 8:00-9:00 p.m. ET on The CW.  You can watch the same episode the following day online on The CW app. Also available on Fubo TV | Hulu

Ray Palmer, in town for a tech convention but unable to obtain a hotel room, interrupts Barry and Iris’ latest encounter. Ray wakes up the next morning at the West-to Allen’s a fanboying Chester who has arranged to be his handler for the Con. When Chester arranges a pitch-fest with some bright young minds, Ray says he just wants to enjoy life and his wife. The Royal Flush Gang, who have also “leveled up,” is this week’s Villain of the Week. Because he can now think faster than Queen, The Flash effortlessly stops them. 8×01 The legacy honoree Ray takes a cue from Chester and says his future is uncertain; he later pitches a foundation for bright young scientific brains in Chester’s father’s name. As Ray and Iris finish their Q&A, an extraterrestrial appears on stage.

In 2031, the planet will be destroyed if The Flash is not killed. Barry dismisses the forecast as nonsense, while The Atom hacks Despero’s transporter belt to relocate him… someplace. Regrouping at STAR Labs, Barry decides to just demonstrate to Despero what a good guy he is. The Flash brings Despero to STAR Labs to probe his thoughts, where no duplicity or anything is detected. Despero can’t afford to miss his chance to end Armageddon. A moved Despero promises to give The Flash seven days to establish his case without giving any hint he might turn bad one day. nothing could make Barry abandon the world he pledged to preserve. And because he and the whole have leveled up, he is originally certain that this will not be a problem.