A sneak peek at the sixth episode of The Challenge USA: What to expect? 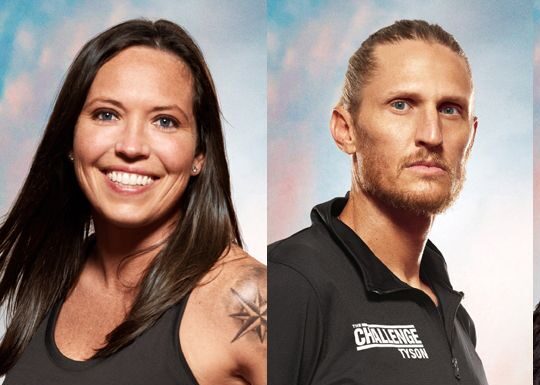 In The Challenge USA Episode 5, Tyson’s decision to send Sarah Lacina into the Arena came as a complete surprise to everyone, we can only imagine that she is going to have some strong opinions regarding this matter. Are you a little curious about what will take place on The Challenge USA episode 6 the following week?

After Leo and Sarah succeed in the elimination, she starts giving Tyson Apostol her best Jack Torrance impersonation. It appears that Tyson would have some issues the next week. Start the fireworks now! The promotional material for what is to come suggested that, going forward, alliances might as well be thrown out the window entirely. There has been a significant breach of trust, and it is inevitable that individuals will start attacking one another.

Considering how well Tyson has performed up to this point, he is without a doubt the greatest danger that exists, but that does not ensure that he will make it to the final! Because we have seen enough episodes of this show, we are aware that one poor performance on the wrong day can pretty much eliminate you from running for the competition. The same can be said about Sarah Lacina, but we are well aware that we do not wish to be in direct competition with her. She is tough and physically imposing, and she has demonstrated a genuine ability to dominate over the course of multiple seasons of Survivor.

Next Wednesday's episode of #TheChallengeUSA is serving ALL the drama. 🥵 pic.twitter.com/fNdL0vFrbe

In general, we are beginning to feel that The Challenge USA is getting closer and closer to reaching its full potential. During the early stages of this competition, one of the most significant issues that arose was the fact that many of the contestants simply maintained their roles as cast members on other shows. Because of this, the game has become more open-ended, and players need to start giving a little bit more thought to who they want to face off against in the championship round. Cayla, in particular, deserves some of the credit for this situation because she demonstrated the ability to read Tyson, which prevented her and Derek from being forced to compete in the Arena.
Unknown. Maybe they’d survive.