Did Leo or Enzo end up being eliminated in The Challenge USA? 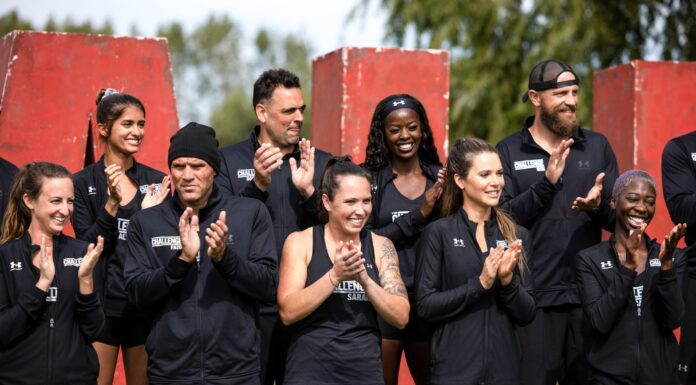 The Challenge, an original MTV competition program, gets a CBS-style makeover. More than a dozen past participants from “Survivor,” “Big Brother,” “The Amazing Race,” and “Love Island” face off in a brand-new reality TV series called “The Challenge: USA” which started on July 6, 2022. The taxing show, which T. J. Lavin hosts, is broadcast on CBS every Wednesday night and streamed on Paramount Plus.

Did Leo or Enzo end up being eliminated in The Challenge USA?

The first thing that we ought to announce going into tonight’s episode of The Challenge USA is quite straightforward: The algorithm has been completed for the competition! The competition is now being played on an individual basis, and since one of the contestants will be removed tonight, that meant that the attention was almost fully focused on the contestants.

It became immediately apparent that Ben Driebergen was going to emerge victorious in this competition nearly as soon as he began speaking about his departed comrade who he had served beside. He possessed the emotional undertone, and to tell you the truth, he absolutely dominated this assignment. We also need to give recognition to Leo Temory, who performed quite well despite the fact that he was one of the shorter individuals competing in the game. The competition consisted of completing the obstacle course in the shortest amount of time possible, and Enzo Palumbo, who was also injured, was the participant who had the most trouble.

After that, he had to compete in the arena. The women still had to complete the task, and Angela Rummans was the one who finished it in the quickest time; hence, she and Ben were the ones who made the final decision. During the course of the campaign, there was a multitude of bizarre occurrences, one of which included Angela’s suggestion of a one-of-a-kind partnership between the Big Brother ladies and the Survivor males. In addition, Sarah Lacina mentioned at one time that she was contemplating challenging Enzo Palumbo to a fight in the Arena.

It’s not good for Leo.

However, that did not take place, and the show instead chose to continue tormenting poor Leo. The fact that he was competing in The Amazing Race harmed him greatly at this point. Because he did not have the support of a significant number of other individuals, selecting him was a simple task. The Hall Brawl is a time-honored Challenge, but for someone of Leo’s stature, it offered very few advantages. Throughout all of this, he was essentially bullied and never really had much of a chance to defend himself. It makes us sad to think that Leo will be leaving at this point. Enzo wins Round 1, He continues to clobber, winning Round 2 and consequently, the entire elimination. Now that he has enough cash, he can compete. Leo, on the other hand, doesn’t even make eye contact with T.J. when it’s time to bid him farewell.