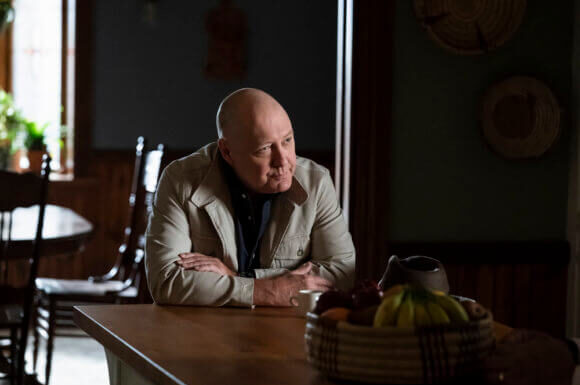 The task team learns about a new criminal group of religious extremists in Season 9 Episode 3 of The Blacklist. To assist the task team in solving the case, “Red”(James Spader) reunites with a blacklister. Stacy Keach’s Robert Vesco revisit in this episode. Aram (Amir Arison) makes a difficult decision regarding his career. , while Ressler continued to try to move forward while struggling with his grief. and apparently going about recovery in the wrong way. You may read more about episode 1 if you continue to scroll down the page. The show still has a devoted following eight years after it premiered, proving its longevity and staying power. Now fans of The Blacklist anticipate new episodes. Check out www.tvacute.com’s promo and summary for the new The Blacklist Season 9 Episode 4 titled “The Avenging Angel” to get a better idea of the episode.

Let’s get this spoiler session started with the Task Force predicament. The Task Force will undoubtedly be kept busy in this episode, as they will spend the majority of their time attempting to track down a blacklister. In this episode, Ressler may have a fascinating interaction with Park. We’re going to see these two have a talk at some time. During this time, Ressler will see if Park can do him a favor. In this episode, We’ll see Cooper do something interesting at some point, as he attempts to piece together details about an event he has no recollection of!

The Blacklist Episode 904 Synopsis: The task force races to locate a blacklister who uses any means necessary to return what has been unjustly stolen. Ressler asks Park for a favor. Cooper tries to piece together an event for which he has no memory.

The Blacklist Season 9 Episode 4 will release on NBC on Thursday, November 11, 2021, at 8 p.m. ET. The season is scheduled to contain 20 episodes, each lasting around 60 minutes. On May 15, at 8:00 p.m. EST, the season finale will air. Season 8 was added to Netflix in the United States on October 6th, 2021, and the NBC app was updated on October 22nd, 2021. Before Season 8, all previous seasons were available on Netflix in Canada and the United States in September. Season 9 of The Blacklist is presently scheduled to premiere on Netflix in September 2022.

A group of religious radicals steals a belt from the Virgin Mary in Prato Cathedral, Italy. They also kill a security guard. Red informs Harold Cooper (Harry Lennix) that the Supremo Priori Knighthood (SPK) steals and sells religious items. A task force is assembled to investigate. Alina Park (Laura Sohn) and Donald Ressler (Diego Klattenhoff) face a suspect. To flee, the man sets himself on fire. His wife tells Ressler and Park that the SPK is a cult that her husband joined. Red visits an auction and bids $5 million on a belt to meet the SPK chief. Giovanni, aka Robert Vesco, is revealed as the leader (Stacey Keach). Vesco is Red’s old mentor who cheated him big time. Red meets with Vesco. Vesco reveals that he duped the group into believing he burns the artifacts as an altar offering. Meanwhile, the SPK plan to IED a church. They find the SPK’s secret meeting place. They learn of the group’s plans to blast and steal John the Baptist’s head. Aram enters the church to disrupt the explosives’ signal. Red persuades Vesco to stop the SPK from detonating the bombs, but that plan fails.

Dembe helps Aram destroy the IEDs as Red tells the SPK the truth about Vesco. Weecha shows off her gun abilities and kills the SPK members, saving Vesco’s life. The task force’s loyalty is tested Throughout the episode, Ressler doubts Dembe’s FBI loyalties. Dembe then confronts Vesco and Red. He arrests Vesco, informing Red his loyalty is often questioned. Ressler is hooked to some form of substance, most likely prescription medicines. His drug addiction had progressed to the point that he was looking for ways to evade a drug test that he needed to pass in order to reclaim his badge. Ressler appears to be relapsing. Park tells him she knows he lied about his drug test. Aram Decided To Stay With The FBI. He secures an investor for his company but sells his share to the FBI. Cooper finally allows Red to see Agnes (Sami Bray). They meet after two years. The last time Agnes saw Red was the day before her mother died, she recalls. She remembers that the last time she saw Red was the day before her mother’s death.