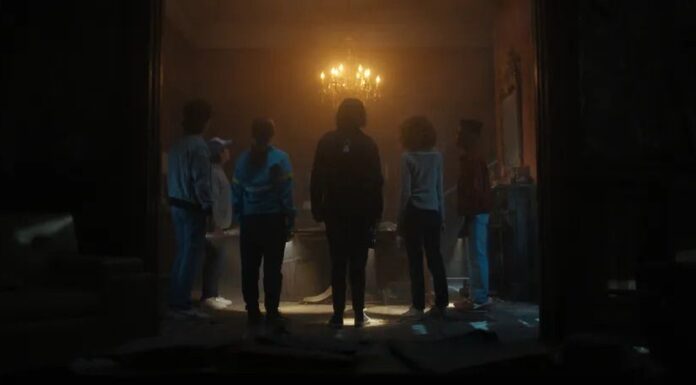 Stranger Things has been three long years since we last saw it, but we finally have some sweet satisfaction today. Season 4 picks up six months after the gang’s fight with the Mind Flayer in the season 3 finale, and scatters the ensemble over four different places, including Russia and California. Not only is the cast dispersed, but so is the season as a whole. Stranger Things’ fourth season is broken into two parts, with the first seven episodes arriving on May 27 and the second volume of two episodes, when will come Let’s Find Out.

When Does Stranger Things Season 4 Vol. 2 Come Out?

In your time zone, when can you watch Stranger Things Season 4, Volume 2?

On Friday, July 1, at 12 a.m. PT, Netflix will release Stranger Things Vol. 2. Those on the East Coast should schedule their watching for Friday night when the new episodes premiere at 3 a.m. ET. It’s 2 a.m. CT and 1 a.m. MT at that time.

Stranger Things Season 4, Vol. 2 is available to view in the UK starting at 8 a.m. BST. Those in continental Europe will have to wait until 9 a.m. CEST in Germany, France, Italy, and Spain to see the event. Stranger Things premieres in Australia at the ideal time: 5 p.m. AEST.

Here are some other time zones to consider:

Stranger Things is a television series set in Hawkins, Indiana in the 1980s. It all started with Will Byers’ disappearance, which sparked a lot of speculation and intrigue. It turns out that the adjacent Hawkins National Laboratory has been tinkering with the supernatural in pursuit of the perfect weapon to end the Cold War. It managed to enter a hellish dimension known as the Upside Down, where it released monsters such as Demogorgon and, eventually, the Mind Flayer. The lab is also conducting research on children who appear to possess exceptional abilities. One of them, called Eleven, manages to flee and joins Will’s gang of pals, Mike, Dustin, and Lucas, in order to assist Will in his rescue. Jim Hawkins, the town’s police chief, adopts Eleven. Is there a happy ending?