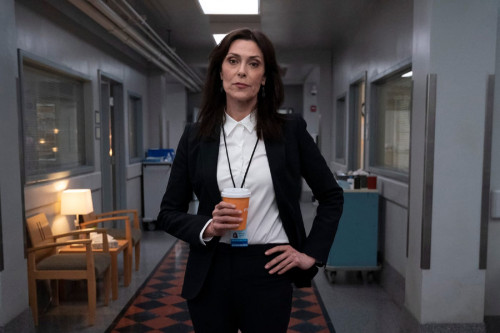 The previous episode of New Amsterdam season 4, centered on Max and Dr. Sharpe (Freema Agyeman) considering moving to London and seeing more of each other. But it appeared doubtful that the show’s two main characters would relocate to London. Delaying his plans to leave New Amsterdam, Max considers. Max is also worried about the hospital’s future with Dr. Veronica as medical director. Karen’s the one who brought this Veronica woman to the hospital. Scroll down the page to continue reading about episode 3. New Amsterdam Season 4 Episode 4 titled “Seed Money” has a photo and trailer on www.tvacute.com, which you can view below. As a result, you can psychologically prepare for the next episode.

In today’s night episode of New Amsterdam Season 4, Max may reconsider his decision and stay with Dr. Helen at the hospital. Max is also irritated in the brief promo when he states Dr. Fuentes lacks the New Amsterdam spirit. Season 4 is about to bring back an old feud, with no one backing down this time. Thus, we will watch Max and his team of doctors struggles in the hospital due to Veronica’s unexpected adjustments. Dr. Helen would also be busy focusing on her new effort to deliver follow-up cancer screenings before it’s too late. Dr. Bloom and Dr. Shinwari may possibly have a little disagreement over the new overnight schedule in New Amsterdam Season 4. We’ll also watch how our new pair adjusts to living together after canceling their London plans. watch the promo below.

New Amsterdam Episode 404 Synopsis: Max struggles with a new fiscal reality at the hospital. Dr. Sharpe is on a mission to provide follow-up cancer screenings for patients before it’s too late. Bloom grapples with Dr. Shinwari’s new overnight schedule. Reynolds has an interesting conversation with Dr. Malvo about their future.

New Amsterdam Season 4 Episode 4 will release on October 12 from 10:00-11:00 p.m. ET on NBC. New Amsterdam will be available on Hulu and NBCUniversal’s own streaming platform Peacock the day after it airs on television. Note that only earlier seasons are available on the free edition of Peacock. Traditional cable/satellite pay-TV subscribers can watch New Amsterdam because it is an NBC show. A TV antenna can also take up local NBC stations. Of course, if you use newer live TV streaming providers. NBC is still prominent on major platforms including Fubo TV, Hulu with Live TV, Sling TV, Direct Stream, and YouTube.

Max and Helen’s friends sat in bed, upset and distraught about Max and Helen leaving them and New Amsterdam. Dr. Fuentes arrives at the hospital in search of Max, and she doesn’t make a good first impression on Floyd. Max is a science fair judge. Max admires Imani’s suture. Max tries to get her research funded, but they say they’ll support Imani’s instead. Iggy learns of Oliva’s suicide. After another shooting, the ED is swamped with casualties. Floyd knows a GSR. Imani tears up the check for her tuition that they handed her. The pharmaceutical corporation is suing Imani for millions of dollars for breach of contract. Dr. Fuentes orders Helen to leave since she was dating her superior. Novaco intends to file a lawsuit against Imani. They are able to obtain the fineprint in time to save Imani from facing charges. Karen informs Helen that she should have given notice earlier. Helen has reservations about living with Max. Karen tells Helen she should’ve notified. Helen is hesitant to move in with Max. Iggy offers his prized student support in the aftermath of a patient’s death. Floyd constantly encountering various victims due to the number of shootings. Karen names Veronica as the new medical director, which upsets Max because he knows and dislikes her.