New Amsterdam Season 4 Episode 6 “Laughter and Hope and a Sock in the Eye” – Dr. Sharpe’s Past 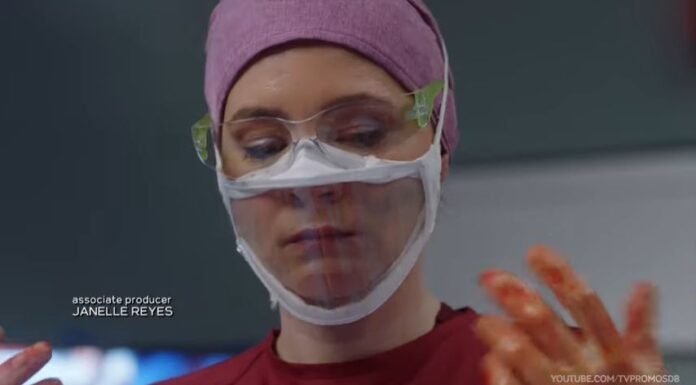 New Amsterdam Season 4 Episode 5 left us emotionally drained and uneasy, but maybe that was the intention. The whole Iggy and Helen situation was an excellent illustration. It was an ugly plotline, but it was also a well-planned plot. The court invited Dr. Helen Sharpe to testify against an ex-patient. Sharpe confronted Dr. Fome after the case was dropped. He apologized to Sharpe. Dr. Reynolds was forced to retire due to significant heart surgery and blamed Dr. Baptiste. Jeanie Bloom, Dr. Bloom’s mother, visited the hospital She mistook about her mother. Jeanne has endometriosis, according to Leyla’s ultrasound tests. Bloom finally comprehended her mother’s pain and apologized. To read about episode 5 recap, go to the bottom of the page. In order to mentally prepare for the upcoming episode. From tvacute.com comes the trailer and photos for New Amsterdam Season 4 Episode 6 titled “Laughter and Hope and a Sock in the Eye.”

Tonight on New Amsterdam season 4 episode 6, we may see a mix of personal and medical issues. Helen Sharpe’s (Freema Agyeman) history will be explored in Episode 6. With Dr. Frome in episode 5, she revealed her turbulent past and fragile family relationships with Dr. Frome (Tyler Labine). But Sharpe’s next episode will be a flashback. Her relationship with Max being what it is now will only lead to further opportunities. For the rest, we expect Max to fight to keep the hospital the way he wants it. watch New Amsterdam 4×06 the promo for more exploration.

New Amsterdam Episode 406 Synopsis: Dr. Reynolds and Dr. Malvo have a heart-to-heart with Dr. Baptiste. Max learns a little more about Sharpe when someone from her past resurfaces. Iggy plays referee between two young patients and their families. Dr. Wilder reconsiders Max’s offer to join the staff.

New Amsterdam Season 4 Episode 6 will release on October 26 from 10:00-11:00 p.m. ET on NBC. New Amsterdam will be available on Hulu and NBCUniversal’s own streaming platform Peacock the day after it airs on television. Note that only earlier seasons are available on the free edition of Peacock. Traditional cable/satellite pay-TV subscribers can watch New Amsterdam because it is an NBC show. A TV antenna can also take up local NBC stations. Of course, if you use newer live TV streaming providers. NBC is still prominent on major platforms including Fubo TV, Hulu with Live TV, Sling TV, Direct Stream, and YouTube.

Dr. Veronica Fuentes alters the image of New Amsterdam by painting over it. she continued her mission to modernize the hospital by sponsoring a museum to attract more benefactors. Because of Veronica, Max begins to listen to music to relax. Jeanie Bloom, Dr. Bloom’s mother, is in the hospital, but Bloom doesn’t think she’s sick. Because of Claude, Floyd is cut from surgery. Floyd gets irritated and tells Lyn about it. Iggy (Tyler Labine) is brought in to discredit Helen’s testimony in court regarding a patient recovering a memory. Because it isn’t their problem, Veronica refuses to do anything to assist the woman in obtaining her harp. Helen approaches Iggy and tells him about her memories of her father leaving and asks whether it matters, to which he responds that it doesn’t matter in a court of law.

Dr. Lauren Bloom is taken aback by the fact that Leyla is assisting her mother. Lauren expresses her regret to her mother. Jeanie gets diagnosed with endometriosis. Max arranges for his patient’s prosthetic leg to be paid for by the museum. Floyd was removed from the case by Veronica and is now with his patient. He and Lyn decide to inform Claude. Helen is told by Iggy about recalled memories, and he questions the one she thought she knew. She discovers that her father did not abandon her; rather, she was pushed away from him by her mother. She goes to speak with Max about it, but he tells Veronica that he won’t leave the hospital in her hands. She hears it and is taken aback.