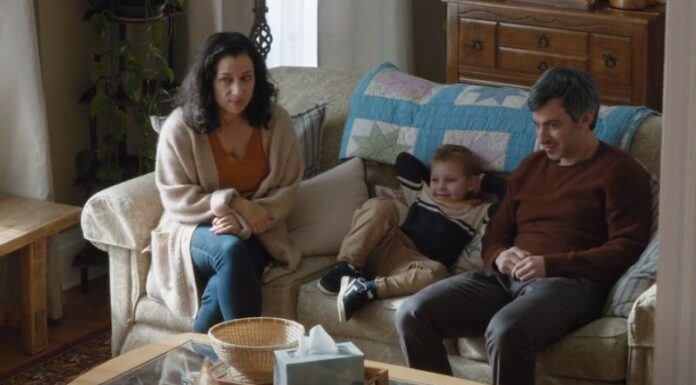 HBO series The Rehearsal‘s Fielder put viewers and participants through a range of settings as they investigated the various results of several real-life occasions in his social experiment, which culminates with its first season’s sixth and final episode on Friday. Fielder assists a man in rehearsing telling his trivia partner that he has been lying to her about holding a master’s degree in the first simulation. In later episodes, a woman practices parenting in a detailed parenting simulation with a large cast of child actors. Fielder himself grows more invested in his subjects as the program goes on. The series’ executive producer, director, writer and star is Fielder.

Fans of Nathan Fielder’s real-life, controversial, HBO series The Rehearsal may have more questions than they do answer going into tonight’s season-one conclusion. How will Fielder perform now that he is practicing being a parent alone? When Angela left her ideal house in Oregon, where did she go? When the season is over, what will happen to the meticulous recreation of the Alligator Lounge? tvacute.com has the answer to your question about whether “The Rehearsal” will get a second season.

But here we bring you the good news that the show won’t end. The rehearsals have been renewed for a second season, announced by the series ahead of its final episode of season one airing in October. He now has more certainty on at least one issue, thanks to HBO’s formal announcement that The Rehearsals will be getting a second season.

According to a press statement from HBO’s executive vice president Amy Gravitt, “Nathan has ignited such a passionate dialogue with The Rehearsal.“We have no idea where Season 2 will take us, and that is the delight of this boundary-pushing show from a truly singular talent.”

In addition to “The Rehearsal,” Fielder will appear in the Safdie Brothers’ spoof HGTV series “The Curse” for Showtime as Emma Stone’s co-star. According to an official production description, Stone and Fielder will portray a married couple in a comedy that “explores how an apparent curse disrupts [their] relationship as they try to have a child while co-starring on their controversial new HGTV program.”

Nathan sets up Adam’s ninth birthday celebration but runs into trouble when Remy, one of the young actors who played Adam when he was six, develops feelings for Nathan and continues to refer to him as “daddy” even after his roles are complete. Remy’s mother adds that her kid might find it difficult to distinguish between reality and acting. Nathan reenacts Remy’s scenes using several actors, including Liam (a nine-year-old Adam actor), an adult actor, and a mannequin in an effort to figure out what went wrong. The real Angela appears to him, and she implores him to forgive himself in accordance with her religious beliefs. He then muses over what may have occurred if Angela had remained with him. Nathan creates a new situation in which he takes on the role of Remy’s mother Amber and Liam assumes the role of Remy in an effort to better comprehend the bond between parent and kid. They recreate the sensation of being on The Rehearsal and growing close to Nathan, the “fake father.” Nathan, playing Amber, appears to go from character and reportedly says to the phoney Remy, “I’m your daddy,” after realising on an emotional level that they shouldn’t have done the program.