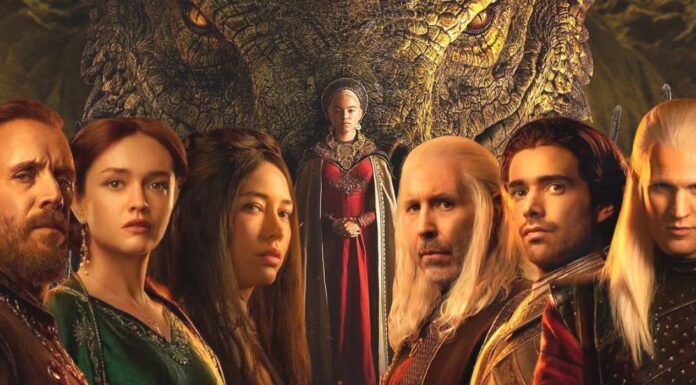 Get ready for the Targaryens to dominate the conversation. The rise and fall of House Targaryen is the central theme of the Game of Thrones prequel, House of the Dragon. Who will rule over the Iron Throne remains an ongoing conflict in the series, which is set roughly 200 years before the events of Game of Thrones.

The $200M-budget House of the Dragon, adapted from author George R. R. Martin’s Fire & Blood, which details the Targaryen family’s history, will provide insight into one of the most influential families in Westeros’s past. For your information, there will be even more dragons than in Game of Thrones. View all the information tvacute has about House of the Dragon, including the series’s trailer, release date, cast, and more.

House of the Dragon Release Date

The first episode of House of the Dragon will air on HBO on August 21 at 9 p.m. ET, and it will be streamable on HBO Max. Since the prequel is not an HBO Max Original, it won’t be accessible on August 21 at 3:00 a.m. ET. The brand-new episodes will be accessible as soon as they are broadcast on the HBO channel. There will be ten episodes in the first season.

House of the Dragon Cast

House of the Dragon teaser

On October 5, the first House of the Dragon teaser was released. The drama is set during the Targaryen dynasty’s reign, 200 years before the events of Game of Thrones. The Targaryen dynasty dates back to Aegon the Conqueror and includes Aegon III in Fire & Blood, the book on which the television series is based. The Dance of the Dragons, a civil war that nearly destroyed Westeros, will take center stage in the show.

In July 2022, the official trailer was published. The central theme of the series is succession. Princess Rhaenyra ought to be the true heir to the Iron Throne, but because she is a woman, some people doubt that. The king’s brother, Prince Daemon Targaryen, is another prominent contender. King Viserys I declares, “I shall not be forced to choose between my brother and my daughter.”

Rhaenyra promises, “I will establish a new order when I am queen.” People will have to pick sides as the struggle for the Iron Throne becomes more tenuous over time. The king’s second wife, Alicent Hightower, thinks Rhaenyra will be able to “kill off any opposition to her succession” if she assumes power. There are a tonne of dragons, which only adds to the confusion.

A final “Fire Will Reign” trailer from HBO was made available just days before the show’s debut. Everyone in Westeros lives in constant fear of war. Viserys asserts, “Whoever may dare to attack us, we are better defended.” Power-seeking behaviour is obviously a familial trait of the Targaryens.