Everything we know about Wednesday (Netflix), including the premiere date, synopsis, cast list, Locations, and trailer. 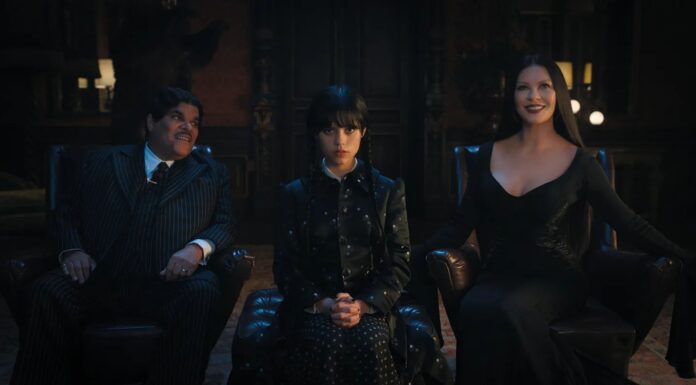 Everyone’s favorite cruel little sister will have a TV show of her own. Wednesday, a brand-new live-action show from Tim Burton that centers on Wednesday Addams of the Addams Family, will soon be available on Netflix.  When will Wednesday be available on Netflix? Below you’ll find a comprehensive list of everything tvacute.com currently knows about Wednesday (2022), including the premiere date, synopsis, cast list, Locations, and trailer.

One of the best parts of the 1990s movies was without a doubt Christina Ricci’s scene-stealing, the ground-breaking portrayal of Wednesday. In Addams Family Values, we saw her enter puberty and have a fictitious boyfriend, but Wednesday is actually a teenager in high school. the official statement

The series is a sleuthing, supernaturally infused mystery charting Wednesday Addams’ years as a student at Nevermore Academy, where she attempts to master her emerging psychic ability, thwart a monstrous killing spree that has terrorized the local town, and solve the murder mystery that embroiled her parents 25 years ago—all while navigating her new and very tangled relationships at Nevermore.

WHEN WILL WEDNESDAY BE AVAILABLE ON NETFLIX?

The series will premiere on Netflix “this fall” according to the company. The Wednesday before Halloween, according to our best estimation, but no official release date has been specified. Probably This October, Wednesday is scheduled to make its Netflix debut. The Munsters, which is currently scheduled for September 2022, comes out. When a Wednesday premiere date is confirmed, we will update this article.

HOW MANY EPISODES ARE THERE ON WEDNESDAY?

The first season of Wednesday will consist of a total of eight episodes, which has already been confirmed. Each episode has around a 60-minute runtime.

On August 17, rather appropriately, Netflix unveiled the first trailer for its upcoming Addams Family spin-off series. The comedy-horror movie, in which You actor Jenna Ortega plays Wednesday Addams, the titular daughter of Morticia and Gomez Addams (Catherine Zeta-Jones and Luis Guzmán), follows Wednesday as she makes her way through her years as a student. In the trailer, Wednesday enrolls in a school in an effort to “perfect her burgeoning psychic gift” and causes havoc for her fellow classmates by dropping bags of piranhas into a swimming pool full of jocks.

Nope. However, Paramount+ is currently streaming both movies.

The project’s principal photography started in Bucharest,  Romania in September 2021. Prior to wrapping up on February 10th, 2022, filming continued through the Fall and Winter.  George Burcea from Romania is another member of the cast.

As Famous actress Catherine Zeta-Jones prepared to begin filming in the Romanian city early on Monday morning, she posted a video from her hotel room in Bucharest.

Tim Burton’s Netflix series Wednesday had spent six months filming in Romania with assistance from Icon Films. According to urban.ro, six months of the film take place in the Buftea Studios, where a town’s sets were built, as well as at numerous places throughout Romania. The American director Tim Burton, was reportedly looking at numerous locations in Romania, including the Bran and Peles castles, back in May 2021, according to Romanian media.

This October, Wednesday is scheduled to make its Netflix debut.