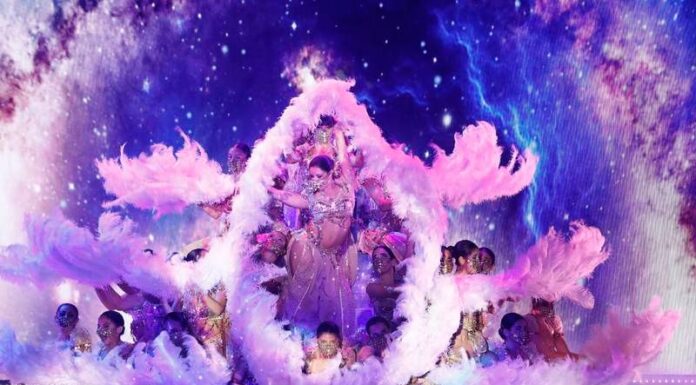 🎉CONGRATULATIONS🎉 to the Mayyas, the season 17 winners of America’s Got Talent

The dance group Mayyas from Lebanon has won season 17 of America’s Got Talent. The team wins the $1 million prize and the chance to be the star of a Las Vegas show. The second-place finisher is the dancer Kristy Sellars, followed by Drake Milligan, Metaphysic, and Chapel Hart.

The 11 finalists performed one last time on America’s Got Talent stage during the emotional two-hour finale show, which also revealed the results of the public voting. Mayyas joined Sellars on stage for a mesmerising performance against a backdrop of gold lighting, which earned judge Simon Cowell a standing ovation. To name a few of the highlights, Cowell was also mocked, the Black Eyed Peas sang Don’t You Worry, and Terry Crews, the emcee, danced with the Ukrainian LED dance group Light Balance to Justin Timberlake’s Can’t Stop the Feeling.

On the 14 September final, Mayyas danced in unison while wearing white, feathered dresses and glittering light globes. The performance received a standing ovation from the audience and judges.

After Mayyas’ initial audition, judge Sofia Vergara gave them her golden buzzer and said, “Fabulous!” “Another level.”  The performance, according to Simon Cowell, was “astonishing.” “”Something with you has happened, and I’m starting to sense a buzz that goes beyond the show.” It’s landed now. “It’s global. It’s huge. I don’t think you can top that.”

Nadim Cherfan, who also created the choreography for the performance, formed Mayyas in Beirut. He began dancing at the age of 14 and has since taken courses in the US, India, and the UK. Before founding the Mayyas, he began teaching his own dance lessons in locations all across the Lebanese capital in 2012.

The group participated in the sixth season of Arabs Got Talent in 2019 and ultimately won the competition, taking home a new automobile and 200,000 Saudi riyals ($53,333) in cash. They took part in Britain’s Got Talent: The Champions, an international offshoot of the UK TV talent competition, in the same year.

The group gave an explanation of their name during their America’s Got Talent audition, claiming that it “is an Arabic phrase that denotes the proud walk of a lioness.” The quartet debuted on AGT in June, and the judges Cowell, Klum, Mandel, and Vergara were so taken with them that they gave them a golden buzzer and a fast track to the live events.

The ensemble performed a mesmerizing dance in the semi-finals earlier this month. They wore gold body suits and masks while the lead dancer wore bedlah-style clothing, consisting of a gold skirt and a green long-sleeved top. 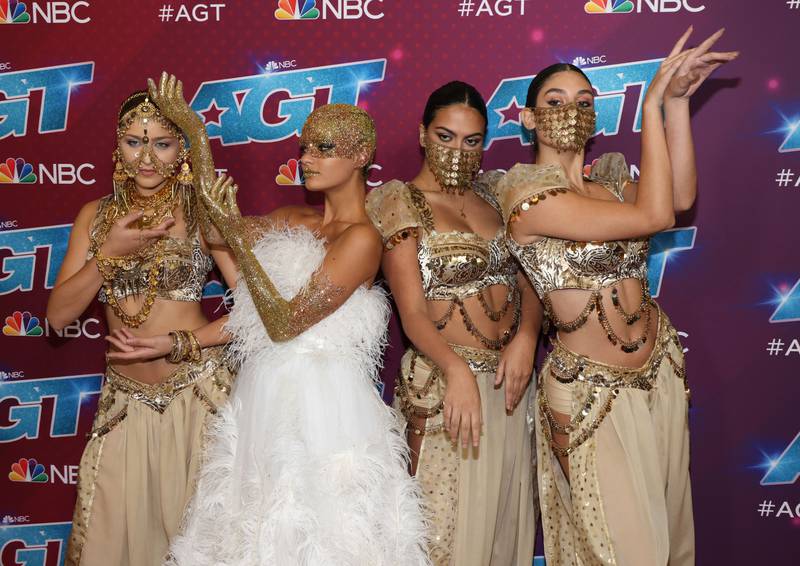 The group responded to Vergara’s question on life in Lebanon at the moment by saying, “Lebanon is a very beautiful country, but we face a daily battle.” Lebanese Broadcasting Corporation International, also known as LBCI, launched the Kermalak Ya Lebnen — For You Lebanon campaign from inside America to support Mayyas. This campaign is directed at Lebanese and Arab expatriates who live in the US and are eligible to vote for acts appearing on the show. With this, the LBCI has produced a range of promotional advertisements that are disseminated via social media, YouTube, and television. The women who make up the group introduce themselves and demonstrate some of their moves in the videos.

The same feeling is shared by family and friends. Before Wednesday night’s results broadcast, Ghady Al Hader, 20, told The National, “I can’t put into words how I felt watching the final performance.” Although I have a personal friendship with a few of the girls, I am really proud of all of them.  This is about Lebanon, according to Mohamad Ajouz, a 21-year-old buddy of the dancers. “They represent what the Lebanese woman can do and what the Lebanese citizens have to offer.” It means the world to me and to the entire Lebanese population to see a Lebanese group perform on the biggest stage in the world. Another acquaintance of the dancers, Karim Fattah, 21, claims that the success of the group is demonstrating to the world the talent of Arab ladies.