Are You Ready for America’s Got Talent: All-Stars Episode 1 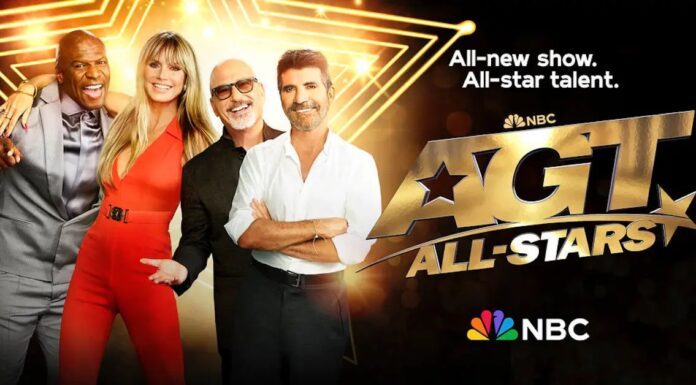 AGT 2023: Fans of America’s Got Talent will be thrilled to learn that a brand-new season will help them welcome in the new year. The return of 60 Acts from previous AGT seasons and Got Talent competitions around the world will be featured in the 2023 premiere of AGT: All-Stars.  (tvacute.com) We’ve covered all you need to know about how it will look when the world’s greatest athletes compete against one another below, in case you’re curious.

On NBC, the new show makes its debut on Monday, January 2, 2023, at 8/7c. The next day, Peacock will be offering the episodes for streaming.

Who is judging and hosting AGT: All-Stars?

Howie Mandel, Heidi Klum, and Simon Cowell from AGT will all serve as judges on the new program in addition to executive producing it. The host will also be Terry Crews.

How is a Golden Buzzer awarded to an Act in AGT: All-Stars?

identical to the first AGT. Each of the judges — Howie Mandel, Simon Cowell, and Heidi Klum has one Golden Buzzer to give away. Along with the reintroduction of the coveted Group Golden Buzzer, host Terry Crews will also present a Golden Buzzer.

10 new Acts will perform for the Judges each week in an effort to reach the Final. The AGT Superfan vote will only allow one Act to proceed to the Final each week; the results will be announced during the broadcast. Additionally, there will be five Golden Buzzers available, which move the chosen Act straight to the Final. In the end, 11 Acts in total will be eligible for the Final. During the two-hour finale, the Superfans will cast their votes to choose the champion.

According to executive producer and judge Simon Cowell, “it was fantastic and it was really exciting to see people who had competed on the American show and done so well, competing with people who had won the competition in other countries.” The interplay was fascinating, but what was really awesome and great about the show was that so many contestants chose to return.

You’ll most certainly remember some of the contestants, including recent Season 17 standouts Avery Dixon and Sara James as well as former champions Kodi Lee, Terry Fator, and Dustin Tavella.