Who is Lily Meola? 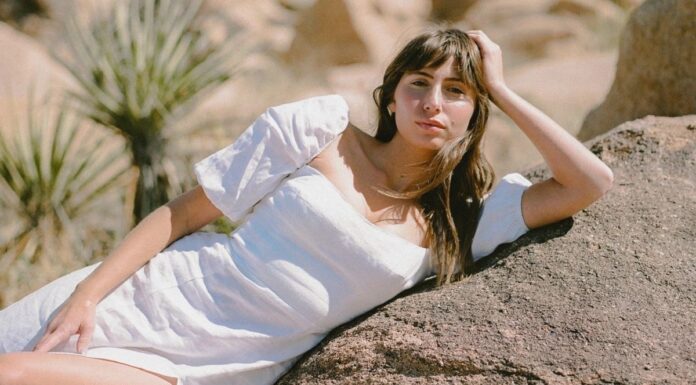 The rivalry on America’s Got Talent is certainly heating up as viewers tune in to watch dance teams show off their abilities and singers try to win over the judges’ hearts. Lily the 27-year-old won Heidi Klum’s Golden Buzzer, for starters. For her audition, Lily sang her original song, “Daydream.” Lily, according to Simon Cowell, has “something special.” Heidi Klum was so moved that she couldn’t even speak. Lily was immediately transported to the live concerts after Heidi granted her the Golden Buzzer.

Lily Meola made her first appearance since her outstanding audition during the August 30 episode of America’s Got Talent, which is still in full swing during the qualifiers. Lily Meola again won Heidi’s golden buzzer. She is performing the song “butterfly,” which she penned a few weeks ago. After the Golden Buzzer event, she is receiving incredible messages from all over. Judges Comments: Simon: “It is always risky doing your own song, 100% you made the right decision. I think this song was way better than the one at the audition. Lily was widely praised on social media, although other people thought she was a little boring to watch. After that performance, she has a very strong advantage. What about Lily Meola? Who is She? Here (tvacute.com) we bring you everything that we know about Lily Meola.

Who is Lily Meola?

Hawaii’s Maui is where 27-year-old singer-composer Lily Meola was raised. She now resides in California and is pursuing a career in music. She received guidance from legendary producer Bob Rock. On her home island of Maui, she began singing covers as a youngster who enjoyed traditional music. Lily is also the sister of Matt Meola, a competitive surfer. She has played at prestigious festivals like BottleRock Festival in Napa Valley, California, and Luck Reunion in Spicewood, Texas.

Nancy Meola, her late mother, had served as Shep Gordon’s assistant, a well-known entertainment manager. After Nancy Meola was given a cancer diagnosis, Lily took care of her. In June 2020, Nancy passed away. Following the passing of her mother, Lily experienced despair. She admitted to Rolling Stone that she “still has hard days, but I’m working through it.” Now that I’m entering the next phase of my life, I’m attempting to endure, accomplish what I started, and make my mother proud, wherever she may be.

After her mother passed away, Lily started focusing on songwriting and chatting about her music with Willie Nelson’s son, Lukas. She stated in her Rolling Stone interview that “he’ll listen to my songs and offer me suggestions.” “I just have the greatest gratitude for that friendship. My brother is him.

Lily Meola is accustomed to being in the spotlight because she toured with country music icon Willie Nelson after he saw her play at her regular gig at Cafe des Amis in Paia, Hawaii. After seeing Lily perform, Willie Nelson approached her about appearing on his duet album in 2013, To All The Girls. she also performed alongside him on the song “Will You Remember Mine?” She performed duets with Sammy Hagar, Steven Tyler, and Kris Kristofferson. Lily Meola revealed to Wasserman Music that her musical heroes include Billie Holiday, Frank Sinatra, Cat Stevens, Joni Mitchell, and James Taylor.

Apple Music and Spotify both provide Meola’s music for listening to. In March 2022, she independently released the EP Daydream, which included the songs “Daydream,” “Smallest Things,” “Got Your Way,” “Sunshine,” and “Flaws.” Meola’s original song, “Daydreams,” was performed during her America’s Got Talent audition.