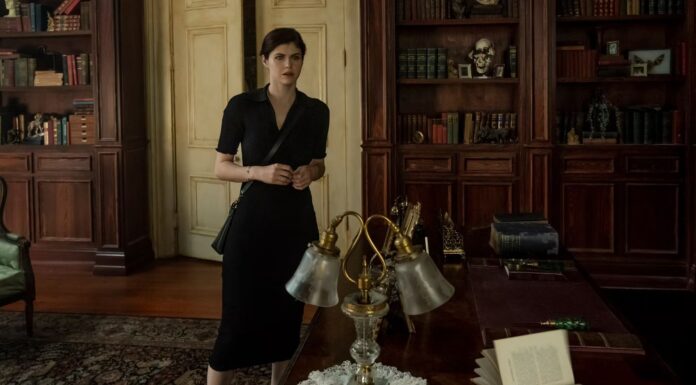 The supernatural fantasy horror show Mayfair Witches is slowly making their way to your home as the new year begins. The new AMC series is based on Anne Rice’s novel trilogy Lives of the Mayfair Witches. It is also called Anne Rice’s Mayfair Witches. This is the second TV show based on Rice’s Immortal Universe. Interview with the Vampire, which aired on the same network not long ago, was the first. Mayfair Witches is about to take things to a whole new level. And while you wait for it to arrive, check out the Mayfair Witches guide that has been provided below to learn about the story, the trailer, the release date, the cast and characters, and everything else that (tvacute.com) we have learned about it so far.

The first episode of Mayfair Witches will be simultaneously broadcast on AMC, BBC America, Sundance TV, IFC, and WE TV on Sunday, January 8, 2023, at 9/8c, as opposed to its original January 5, 2023 release date. Following the premiere, fresh episodes of the series will air and be available to stream every week on AMC and AMC+.

Mayfair Witches was produced by Esta Spalding and Michelle Ashford. It focuses on the first book in the series, The Witching Hour, and tells the story of a neurosurgeon, Dr. Rowan Fielding, who learns she has latent talents and travels to New Orleans to learn more about her roots and her enigmatic relationship with an eternal spirit named Lasher.

Dr. Rowan Fielding is portrayed in the show by Alexandra Daddario, Cortland Mayfair by Harry Hamlin, Ciprien Grieve by Tongayi Chirisa, and Lasher by Jack Huston.

Eight episodes of Mayfair Witches are planned, with the first two airing on January 8, 2023, the day of the series’ debut. Axelle Carolyn, Haifaa Al-Mansour, and Michael Uppendahl are each listed as the series’ directors for various episodes. See the list of upcoming episodes below:

Synopsis: Neurosurgeon Rowan Fielding has a problem — when she gets mad, she kills with her mind; her search for answers sends her toward her secretive biological family; in New Orleans, Deirdre Mayfair is desperate to escape from her aunt’s oppressive house.

Where was the movie Mayfair Witches shot?

New Orleans, where Rice was born and where her antebellum home where The Witching Hour is set, is located, served as the location for the filming of Mayfair Witches. Early in September 2022, the series’ production came to an end.