When and how can I watch All Creatures Great and Small Season 3? 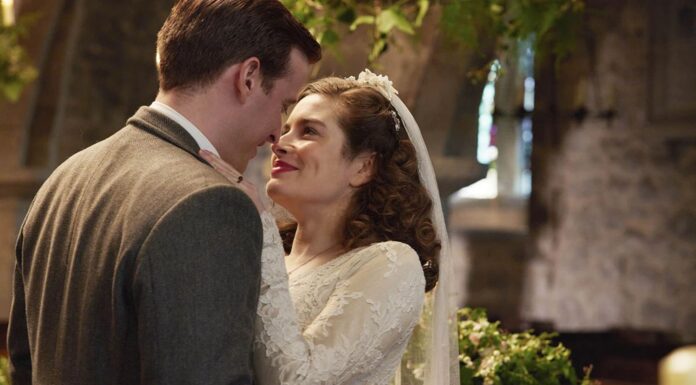 Based on a series of books by Alf Wight, written as James Herriot, about a Yorkshire veterinarian, All Creatures Great and Small is a 1937-set television show. All Creatures Great and Small is returning for Season 3 so grab your wellies and hold on to your hats! Here are some unique first looks at the brand-new season for you to enjoy. Find out when Season 3 will premiere, meet the new cast, discover which cast members will return, and discover how to stream Previous Seasons right away. (tvacute.com) Here’s everything we know thus far about Season 3…

When and how can I watch the premiere of All Creatures Great and Small Season 3?

Season 3 of All Creatures Great and Small will debut on MASTERPIECE on PBS on Sunday, January 8, 2023, at 9/8c. ( In UK Season 3 aired September 15, 2022 on Channel 5)  All Creatures Great and Small is also available on iTunes and the PBS MASTERPIECE Amazon Channel (offered to Amazon Prime subscribers for an extra monthly fee). ShopPBS.org sells the first season’s DVD, Blu-ray, and companion books. Public television is supported with each purchase.

How to Stream All Creatures Great and Small’s Past Seasons

Enjoy all of the Seasons 1 and 2 episodes while we wait for Season 3 by using PBS Passport, an additional member perk. (In the US and Canada, full episodes are available.) Want to catch up with some additional streaming options? Full episodes of All Creatures Great and Small are available on the Amazon PBS | MASTERPIECE channel if you have Amazon Prime.

There is a seven-day free trial and then $5.99 per month. All Creatures Great and Small is also available on iTunes, where you may buy a season pass, individual episodes, or both. Are you nostalgic for the previous All Creatures Great and Small dramatization that aired on public television decades ago? That can be obtained from iTunes as well. ShopPBS.org sells the series’ DVD, Blu-ray, and companion books.

Who Will Return from the All Creatures Great and Small Season 3 Cast?

The Darrowby family is still around. There will be a second season starring Nicholas Ralph as James Herriot, Samuel West as Siegfried Farnon, Rachel Shenton as Helen Alderson, Anna Madeley as Mrs. Hall, Callum Woodhouse as Tristan Farnon, Matthew Lewis as Hugh Hulton, and Derek the dog as Tricki Woo.

– A missing ring is just one snag as James and Helen’s wedding date approaches. For one thing, a farmer’s cow may have TB.

– James and Helen enter married life, while James settles in uneasily as Siegfried’s partner at the clinic. Tristan too must make new adjustments.

Siegfried’s First World War experiences resurface as he struggles to save a racehorse. Helen faces a decision over James’s TB testing plan.

Tristan decides that he is outgrowing running the small animal surgery and a shock departure from Darrowby brings James’s feelings about his place in Darrowby to the surface for Helen.

Siegfried and Tristan are left in charge of Skeldale House when Mrs. Hall takes time off to meet up with an important person from her past.

All Creatures Great and Small Season 3 Episode 6: “For Whom The Bell Tolls” premieres Sunday, Feb. 12, 2023

Everyone at Skeldale House is pushed to think about what matters to them most when the radio reports that Britain is standing on the brink of war.

What will happen in All Creatures Great and Small Season 3?

In the highly awaited new season of All Creatures Great and Small, wedding bells ring and animal illnesses abound. James and Helen are getting ready to get married when Season 3 starts in the spring of 1939. What are the odds that their wedding will go off without a hitch? James will need to consider a new wife and a new ownership interest in the company. The pressure is on, and while James’ plan to take part in the government’s program to test cattle for tuberculosis will grow the veterinary industry, it could alienate James from nearby farms. Helen will also encounter new difficulties, not the least of which is letting go of her previous existence and discovering her new identity within the kind but a peculiar embrace of Skeldale House.

Tristan must now face the world as a licensed veterinarian after finally passing his tests. Will he do well under pressure? Will he gain big brother Siegfried’s approval, which is more crucial? He will unquestionably have Mrs. Hall’s backing. She might be ready to accept love outside of her professional family—and cricket—in Season 3. Siegfried, the unstoppable but unpredictable owner of Skeldale House, struggles with bitter memories of his own experiences in the First World Conflict when he served in action with the Army Veterinary Corps. As war with Germany looms on the horizon. And Tricki’s delightfully eccentric owner, Mrs. Pumphrey, comes back with her spoiled Pekingese.

Where was All Creatures Great and Small Season 3 Filmed?