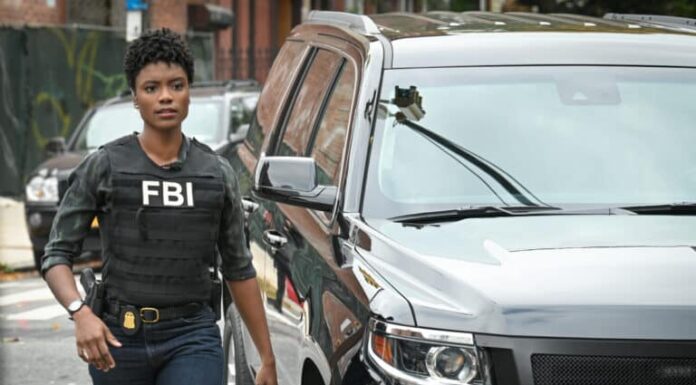 Allegiance was all about loyalties, as the title hinted in last week’s episode of FBI, and Tiffany Wallace was stuck between her two worlds. she found herself debating whether her new loyalty to the FBI trumped her previous one to the NYPD. Wallace’s trust in the badge was further shaken by this, as well as tensions with new coworkers and a family member. Continue reading about the episode 6 recap by scrolling down the page. What will happen next?  www.tvacute.com has a promo and exclusive photos for FBI Season 4 Episode 7 titled “Gone Baby Gone” below. As a result, you’ll be able to mentally prepare yourself for the next episode.

The crew will face a difficult challenge in the seventh episode of FBI Season 4. The team must solve a crucial case. A daycare girl goes missing. We don’t know much about this case except that it involves drugs. But the team will keep searching for the missing child.  Meanwhile, a distracted Maggie makes a big mistake on FBI Season 4, Episode 7. One of my favorite things about Maggie is how quickly she admits her mistakes. In this case, her error may result in a police officer’s death in the new episode. The synopsis indicates Maggie is distracted by her sister. Her sister was in rehab when we last saw her. She’s out. Maggie will, of course, have mixed feelings. In the trailer, Isobel appears to chastise Maggie and offer her a choice. That’s probably just some editing to make Maggie look fired. Isobel is probably talking to the suspect.

FBI  Episode 407 Synopsis:– After a young girl is kidnapped from her daycare, the team must help her parents navigate a debt owed to the deadly gang in their neighborhood; Maggie struggles to focus on the case when her sister returns from rehab.

FBI Season 4 Episode 7 will release on CBS on November 16, 2021, at 8 p.m. ET.  The show will air on CBS and will be streamed live and on-demand on the CBS app as well as on Paramount+. Google Play, YoutubeTV, DirecTV, Vudu, FuboTV, Microsoft Store, iTunes, Xfinity, and Spectrum are among the paid live-streaming and VOD alternatives available.

The previous episode began with the assassination of New York Police Department detective James Gerrard. The NYPD as a whole was in a state of complete fear. As a result, the FBI stepped in and took over the case. Another detective from the same team was targeted by the shooter. The police eventually made it out alive, but he was unable to offer any information about the shooter. The FBI discovered the investigators were involved in the arrest of Rafael Alvarez, a narcotics supplier, as a result of the investigation. During the arrest, $200,000 vanished without a trace, and no one knows where it went. In FBI Season 4 Episode 6, it was discovered that the money had been stolen by one of the officers. The FBI interrogated Alvarez further, forcing him to admit that the money belonged to the DeMarco brothers.

The investigation, however, led to the discovery of a new suspect, Ray Rudinsky. Pat Rudinsky, a member of the same squad who was arrested for stealing the money, was his father. Pat was blamed for the theft of the money by his fellow detectives. He did, however, share the truth to his son before passing away. CBS/Getty Images As a result, Ray sought vengeance on the investigators, shooting two of them. Officer Ruiz was his next target. So Tifanny and Scola raced in to help her. Unfortunately for Ray, he was shot by Tiffany during the firefight. Tifanny had to make a difficult decision in the end. Given her background with the NYPD, she decided to take action against Detective Dean. As a result, he was accused of stealing the money that had gone missing.