The Resident Season 5 Episode 7 – Is Conrad going to return to Chastain?? 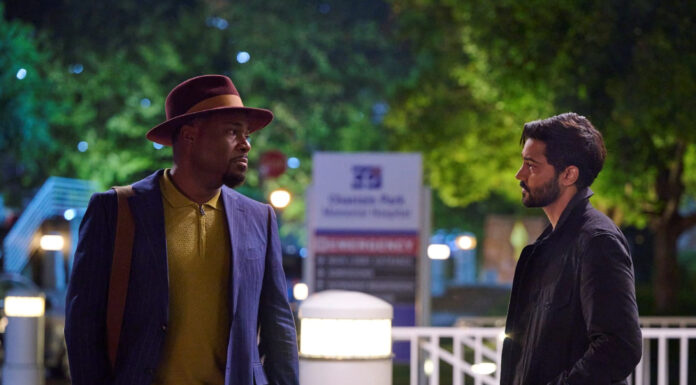 Fox’s medical drama The Resident returned after a brief hiatus, and thanks to a flash-forward, it seemed like a totally new show. Conrad played by Matt Czuchry, left his job at Chastain to open his own clinic so he could be there for Gigi after Nic’s death. It’s not the life he had envisioned for himself. Later though, our introduction to this new chapter from Conrad and the Chastain Crew felt a lot like the Conrad days. When he came across a cancer patient who needed to be seen, he rushed him over to his old workplace. And, of course, he was greeted with wide arms when he returned. Conrad and Pravesh, the dynamic duo, teamed up once more after demanding cancer trial medications. Continue reading about the episode 6 recap by scrolling down the page. What will happen next?  www.tvacute.com has a promo and exclusive photos for The Resident Season 5 Episode 7 below. As a result, you’ll be able to mentally prepare yourself for the next episode.

There is one thing we can tell you ahead of time while you wait for The Resident season 5 episode 7 to air; Conrad is facing a major decision. Will he return to Chastain? as he will be confronted by Kit and Bell at some point. They’ll try to persuade him to return to Chastain when they find him. Meanwhile, there will be some interesting things going on at Chastain, as a new batch of interns, including Billie’s son Trevor, will begin working with Devon on their first day. The Raptor’s mother had to return to the ER. On the other hand, Leela and Padma will have some potentially interesting stuff going on at some time. Their parents are apparently planning a surprise visit. As a result, Leela and Padma will have to deal with it.

The Resident Episode 507 Synopsis: A new group of interns, which includes Billie’s son, start their first day; Kit and Bell try to convince Conrad to come back to Chastain; Leela, and Padma deal with an unexpected visit from their parents.

The Resident Season 5 Episode 7 will release on November 16, 2021, at 8 p.m. ET on Fox. The fifth season has 23 episodes, each lasting 43–45 minutes. The episodes will also be released weekly, on Tuesdays.   Online Streaming Options; If you prefer online streaming, the episode will be accessible on Fox’s official website and the Fox Now app. Season 5 Episode 6 of ‘The Resident’ will air on FuboTV, Sling TV, and DirecTV. After their release, new episodes can be rented or purchased on Vudu, Amazon Prime Video, Google Play, and iTunes. Also, the first four seasons are available on Hulu.

Conrad and Gigi finalize their date night as she talks over their arrangements. Conrad goes to work as a private doctor, where he sees a slew of largely wealthy patients or people who don’t have the time to visit the hospital for minor issues. AJ is in bed with Leela’s sister, who is amused by the fact that he is featured on the cover of a magazine. Padma returns to Devon and Leela’s apartment, but they’re already on their way to work. Bell is meditating when he is interrupted by a patient’s mother, who requests that he get Aj to autograph his book Heart Sounds. It doesn’t amuse Bell. Kit is checking on on one of her patients at an MMA weigh-in when she gets into a fight with a competitor who is knocked down. They transport her to a hospital.Bell is interested in the position of Chief of Surgery and informs Kit that he would like to try out for it. Billie phones Kit to complain about the ICU doctors not providing adequate pain medication to her patients.

Conrad encounters a cook from the hotel’s kitchen after visiting a patient, and the man informs him that he has cancer and only has a year to live. Conrad takes the man to Chastain to have his cut treated. When AJ and Leela discuss him sleeping with her sister, he remarks on how unlike they are. Padma is an independent woman. Tamiko, the fighter, is taken to the hospital, where she is tested and more tests are required because she is unable to feel certain things. Conrad returns to the hospital, and everyone is thrilled to see him, though they are still trying to persuade him to stay. While waiting in the waiting area, Jackson notices an ad for cancer therapy that appears to be very helpful, and he decides to take Halcipride in the hopes that it will be the best drug for him. Irving and the others dismiss it, reminding him that getting a consultation on it will take weeks. When things get hectic, Jackson flees and seeks the narcotics.

Padma phones Leela and asks if she may have lunch with her. Tamiko has a bamboo spine and will require several surgery. A perfect score. She first opposes the procedure, but Billie and a fan persuade her. Jackson is keeping pharmacists in the medical area hostage in order to obtain half pride. Conrad and Devon enter the room to calm him down. They duped him into thinking they had the medicine so they could speak with Jackson. They bring Jackson to the ER after he slashes himself with the box cutter. While Jackson is in surgery with AJ, Devon and Conrad collaborate on a treatment plan for him. Padma came up at the work, which irritates Leela. Devon and Conrad discover that Jackson was given a false cancer diagnosis and does not actually have cancer. Tamiko had an aneurysm that burst. Padma and Leela argue about their respective lifestyles. Conrad and Devon discover the source of Jackson’s illness.

Dr. Bell and AJ were in a chest-puffing rivalry as they both wanted to be Chief of Surgery. Bell steps in to assist AJ and Billie with Tamiko’s operation and to compete with AJ. later, Billie casts her vote for AJ to be Chief of Surgery. Kit comes in to assist Tamiko wake up in surgery so they can figure out if they’re doing it right. Jackson is suffering from tuberculosis, not cancer. He still has to deal with the cops, though. Devon pleads once more for Conrad’s return, but he insists that Gigi comes first. He’s off to supper with Gigi. Leela and Devon hook up in his office’s shower. Tamiko is in good shape. Because neither of the guys truly wants it, Kit appoints Billie as chief of surgery. Billie takes the position of Chief of Surgery. Leela reunites with her sister and the two embark on a road trip. Conrad arrives for dinner with Gigi and tells her that working with Pravesh was the best day he’d had in a long time.