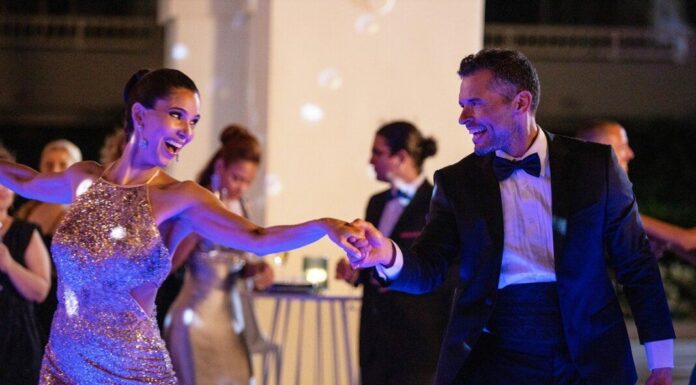 For a second season, Fantasy Island is open, allowing guests at the exclusive resort to once more indulge some of their most fantastical fantasies. Roselyn Sanchez is back as Elena Roarke, a progeny of Mr. Roarke from the first Fantasy Island. The relaunch maintains the same basic premise of the original series from the 1970s, with fresh guest actors who bring their own personal baggage to the show each week. These characters want to come to some form of peaceful resolution inside themselves by the end of the episodes. That isn’t always the case, though. (tvacute.com) Here is all the information we have on Fantasy Island Season 2 Episode 1 titled “Tara and Jessica’s High School Reunion; Cat Lady”.

New Fantasy Island Episode 201 Synopsis: Longtime best friends, Tara and Jessica, want to rule their 30th high school reunion; Andi wants to know if her cat BoBo loves her as much as she loves him; Roarke juggles a secret romance; Ruby and Gina spend more time together.

Fantasy Island Season 2 Episode 1 will release on Monday, January 2nd at 8 pm ET/PT on FOX.  You can also watch the episode on Fox’s official website shortly after it premieres on television. Roselyn Sanchez’s Fantasy Island will be available for streaming, and there will be several options. You can watch the new season in real-time if you don’t have access to Fox via streaming services like YouTube TV, Fubo TV, and Hulu+ Live TV. Before committing to a monthly membership, you can test out each platform using a free seven-day trial.

The following day, fresh episodes of Fantasy Island will be available to stream on Hulu if you don’t want to (or don’t have time to) watch it live. Before committing to plans that start at $6.99 a month, you can test out the streamer for free for 30 days if you haven’t already done so. You may access the show’s official page on Hulu’s website or the Hulu app after creating an account and watching it whenever it’s convenient for you.