Next on: Dynasty Season 5 Episode 17: A surprising guest appears 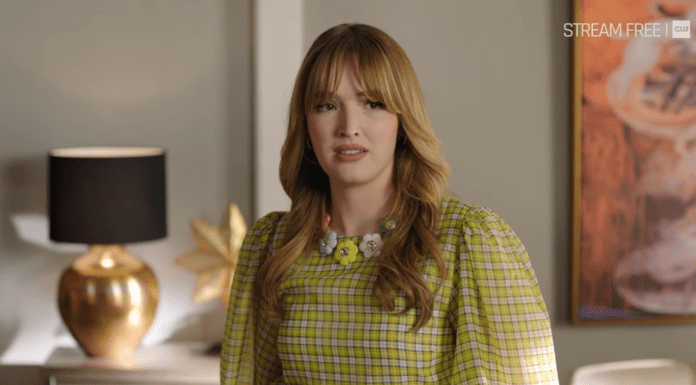 So, what is the network’s goal here? Dynasty has been canceled, along with a slew of other CW series. The transition to Warner Bros. Discovery as the new parent company is one of the reasons for the current wave of consolidation. we’ll have to wait and see if we get a good series conclusion.   If you enjoy this show and are looking forward to the next episode  www.tvacute.com brings you a promo of Dynasty Season 5 Episode 17.

“There’s No One Around to Watch You Drown”  is the title of the seventeenth episode of Season 5 of Dynasty. This episode will be important for many reasons. To start with, the episode is directed by Grant Show. along with this, CW has revealed that former Angel star Charisma Carpenter will appear in this episode. She’ll play Heather, Fallon’s old babysitter who reappears unexpectedly and throws a major bombshell on the Carringtons. We know this is the final season, and there will be a series finale, but we’re hoping for some fun along the way. we advise you to see the complete Dynasty season 5 episode 17 promo and the full synopsis below.

Where to watch Dynasty Season 5 Episode 17?

Dynasty Season 5 Episode 17 will air on Friday, July 8, 2022, at 8 p.m. (ET/PT) (7 pm CT) about 45 minutes long on The CW.  You can also watch it on the official website of The CW as well as a live stream on YouTube TV, Direct tv, Amazon Prime, iTunes, and FuboTV. Season 4 of Dynasty streamed on Netflix on Friday, October 22, 2021. It will be accessible on Netflix in the UK when the season concludes, along with the previous four seasons.