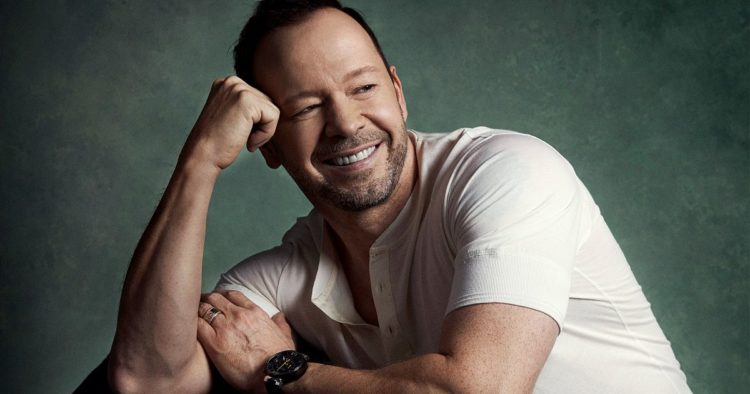 With an impressive background that spans television, film and music, Donnie Wahlberg has captured the attention of audiences worldwide. He has proven his versatility by transforming himself, going from a teen pop sensation to a noteworthy dramatic film actor, critically acclaimed television star and an accomplished producer.

The eighth of nine children, Wahlberg began performing in plays and banging on pots and pans as early as the first grade. In high school, he attended a fledgling arts program and became involved in theater, acting, writing and directing plays. At age 14, he started a band that, in just a few years, went from playing at high school parties to becoming pop music sensation New Kids on the Block. At the height of the group’s popularity, Wahlberg decided to go in another direction by focusing on writing and producing for his brother Mark. Then, he chose to explore his interest in acting and landed a role in “Bullet” with Mickey Rourke and Tupac Shakur, a project that lit a spark and motivated him to devote his energy to the craft of acting. In 2009 Wahlberg was instrumental in putting together the phenomenally received reunion of New Kids on the Block, which yielded a new album and worldwide concert tour. In the summer of 2011, he went on the NKOTBSB tour, uniting his band with Backstreet Boys and creating one of the most successful concert ventures in their history.