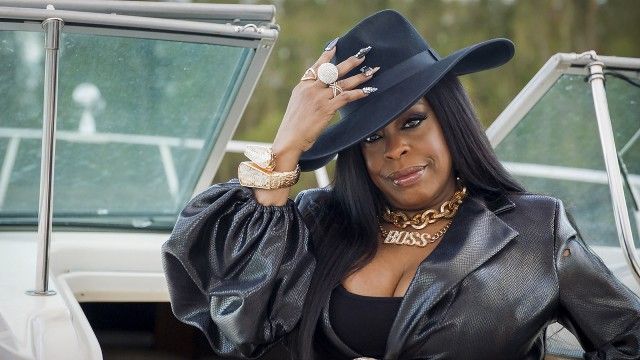 Clay was the most colorful character on Claws, therefore it’s a tragedy. His death, on the other hand, was unavoidable. Other characters are gearing up for their happy endings as well. Desna was shocked when Dean and Eve informed her of their unexpected pregnancy. Ken continued his search for his true mate after rescuing Selena. He tried to pique Gretchen’s attention once more, but she was uninterested. Then he talked with Polly, a recent widow who was too preoccupied to pay attention. Do you think they’ll end up together? continue reading the episode 9 recap. Will we get the answer to some other questions in the finale?  Fans are now eager to discover more about the latest episode of Claws. At www.tvacute.com, you’ve come to the perfect place to get the claws Season 4 Episode 10 synopsis and trailer as well as more information about what’s to come.

The epic, heartbreaking finale will be shown on Claws season 4 episode 10 titled “Mercy”. Desna worked so hard to construct her business, and now it’s all crashing down around her. Desna, the criminal queen of Palmetto, faces her adversary, Quiet Ann, in a final fight. It seems that one or more important characters will die by the end of the show. Meanwhile, there’s a significant risk that the entire Palmetto community will be shaken for centuries. Is there going to be a satisfying conclusion to this story? Will Desna be able to flee once more? The fact that this is the final season of Claws.  If you’re interested in learning more about what the future contains, we recommend reading the complete Claws season 4 episode 10 synopsis, which can be found below:

Claws Season 410 Synopsis: Desna, the gangster queen of Palmetto, has her final showdown with nemesis Quiet Ann; Desne must jump through hoops as she and her crew prepare to escape from Palmetto.

Who's ready for the climax? 😈 Fall in love all over again and tune into the #ClawsTNT finale THIS Sunday at 9/8C. #ClawsOut💅 pic.twitter.com/6qIoWuZDwr

Desna is astonished when Dean and Eve inform her that Eve is pregnant. Polly organizes a boat trip to Cuba. However, they are unable to locate Jenn and Virginia, who are attending an AA meeting. Jenn is revealing the details of her recent mishaps. Tony’s truck is held at gunpoint by Bryce, who believes Tony is having an affair with Jenn. Jenn vows to rid her life of toxins such as alcohol, drugs, and the wrong people. Jenn texts Bryce to end their relationship. Tony is mistakenly shot and killed by a devastated Bryce.

Ken’s reunion with Gretchen, his former furry girlfriend, does not go well. Uncle Daddy is adamant about not assisting Bryce. Jenn and Virginia arrive at Polly’s residence. She persuades them to join forces with Desna to elude the DEA. Desna arrives to save Bryce and reveals that Tony was a DEA agent. They portray his death as a botched heist. Eve is Dean’s soulmate, he says Ken. Quiet Ann returns to Clay’s entrapment at Lori’s request. He takes her to the nursery he designed for her child. Bryce gets invited back to Uncle Daddy’s crew. Polly suggests that Clay be put up as Tony’s assassin.

Desna intends to smuggle the murder weapon inside his storage. If she’s caught, she’ll be the only one to blame. Bryce sends an SMS to Desna, instructing her to plant the pistol in the nursery. Bryce swears Uncle Daddy that he’s through with Desna over drinks. Desna is caught leaving the nursery by Clay. She tells him that she has a tip that he murdered Tony. The crew rushes to Desna’s aid after receiving a text from Bryce. Desna must confess to the murder, according to Clay. Desna pulls out the gun she’d stashed, and a standoff ensues. Desna shoots Bryce in the head after Uncle Daddy wounded him. In the afterlife, Clay discovers Juanda and Toby waiting for him.