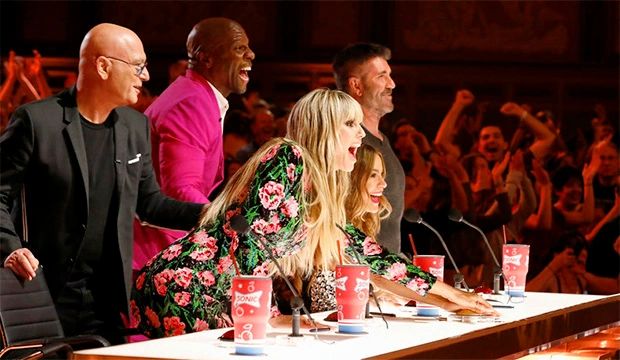 The judges, led by reality genius Simon Cowell, have chosen to make some changes with just one week until the first live show of America’s Got Talent Season 17. the four judges are Simon Cowell, Howie Mandel, Heidi Klum, and Sofia Vergara.

This year, a staggering 138 acts garnered a “yes” from the judges, and Simon Cowell found it impossible to reduce that number to only 36. Here is Tuesday’s opening twist: The judges are sending 55 acts to the live shows as opposed to 36. And even for Cowell, who “simply cannot believe the talent this year,” accomplishing that will “be tough.”

After the auditions were through, the judges gathered at Simon Cowell’s estate without Sofia Vergara, who provided her meticulous, color-coded, and embellished notes instead. They were able to choose 54 of the 55 artists who would perform live. The second twist then materialized at that point.

He proposed that the public make the final act decision when he was unable to decide. Fans can vote for one of four potential wild cards—singers Debbii Dawson and Ben Waites, comedian Jordan Conley, and danger act Auzzy Blood—to advance to the final round via social media or by going to the AGT website. The voting period ends on Friday at 7 a.m. ET.

The winner will receive a $1 million prize and a performing spot at “America’s Got Talent Las Vegas LIVE” at the Luxor Hotel and Casino in Las Vegas, Nevada, during the two-night finale, which will be telecast on NBC on September 13 and 14.