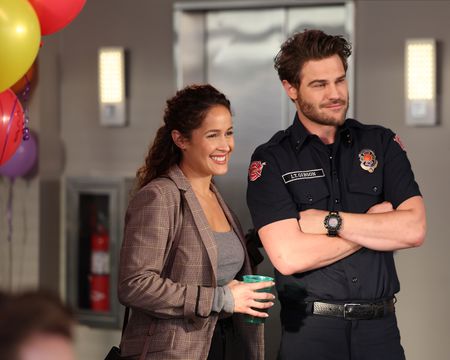 Merle Dandridge, Josh Randall, and Pat Healy have all been promoted from recurring to series regular status ahead of the first-responders drama’s Season 6 debut, according to a Tuesday announcement from ABC.

Chief Natasha Ross will continue to be portrayed by Merle Dandridge. Despite coming from a rigorous and demanding military family, she manages to be a cheerful, sympathetic presence at work. Her personal life is a shambles, and it can hurt her job.

Josh Randall is back as Captain Sean Beckett, a professional firefighter with a drinking issue and an oftentimes unique sense of humor. Pat Healy portrays former chief Michael Dixon, a character who has a history of undermining the staff at Station 19 and represents everything our team despises. He is now a mayoral candidate.