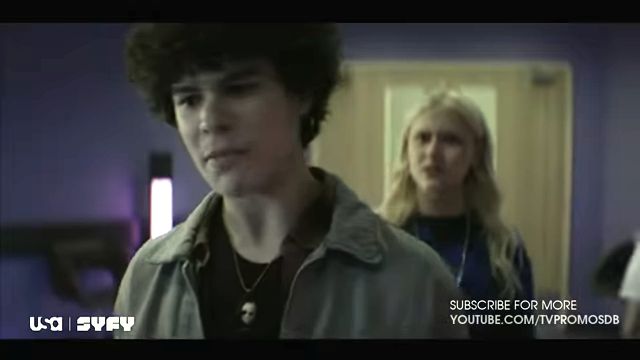 In Chucky Episode 3, things got kind of intense, and the teens had to cope with a whole new level of mayhem and drama this week. During a silent disco party, Chucky attempted to murder Lexy, and their struggle resulted in a fire that destroyed the entire house, leaving several students hospitalized. A flashback shows Charles Lee waking up in the middle of the night in 1965 to find his father had been murdered by a serial murderer who had broken into his home. With the first three episodes now released, this series has been going strong. Fans and viewers are eagerly anticipating Chucky Episode 4 to see what happens next. According to www.tvacute.com, here’s all we know about the USA Network and SYFY series Chucky Season 1 Episode 4: titled “Just Let Go” release date, trailer, and synopsis. An exclusive first look at the Chucky TV series may be found below.

Jake and Devon’s friendship strengthens in the fourth episode of the season as they team up with an unusual ally to stop Chucky from killing anybody else. Meanwhile, in the hospital, parents are becoming increasingly agitated as they try to figure out what is wrong with all of their children and why their once-peaceful town of Hackensack is suddenly experiencing such a high death toll. Aside from that, the show has managed to wow the critics as well. On Rotten Tomatoes, the series has a score of over 95%, with an audience score of over 90%. Furthermore, the show gets a 7.5 out of 10 IMDB rating.

Chucky (2021) Episode 4 Synopsis: Jake’s bond with Devon intensifies as he teams up with an unlikely ally to outwit Chucky.

Chucky Season 1 episode 4 will debut on November 2 at 10 p.m. EST on USA and SYFY. On July 25, at 5 p.m., the special Comi-Con@Home Chunky panel will be live. ET. How to Watch The Chucky Episode 1? Chucky airs weekly on both the USA and Syfy networks. You may watch the first season of Hulu + Live TV, Sling TV, fuboTV, DIRECTV Stream, or YouTube TV with a membership to one of the following services: Hulu + Live TV, fuboTV, DIRECTV Stream, or YouTube TV.

Chucky asks Jake if he prefers to stab or strangle people in the first scene of the show. He recognizes the attractiveness of both. Jake, on the other hand, is unsure if he can pull it off because he isn’t a serial killer. Chucky responds that if you push someone far enough, they’ll murder you. He convinces him to give in to his desire to murder Lexy. After that, Chucky tells the account of his first time. Charles Lee’s birthday party is shown in a flashback. Slicing a cake and breaking a pinata were both enjoyable activities for him. Devon’s mother, a detective, pays Ms. Fairchild a visit to discuss Jake Wheeler. The instructor declines because she is uncomfortable discussing her kids, particularly one who has gone through a lot. The detective thinks that death appears to follow Jake Wheeler wherever he goes. Jake, she believes, knows more than he’s letting on. The teacher continues to refuse to assist.

Devon walks over to Jake’s locker and approaches him. After what Lexy did to him, he consoles him. He puts his hand on Jake’s shoulder and says he hopes he could shield him. Jake is uneasy and claims that he and Lexy are OK now that she was just playing around. He gets a text and rushes out the door, only to run into his teacher. She tells him that she has invited his aunt and uncle to join her for a meeting tonight. Lexy’s parents will also be invited. She believes that bringing the guardians together will help to settle the situation since things between them have gotten a little out of hand. As Chucky narrates, he emphasizes the importance of getting to know the victim, including what they like and where they go. Jake is using his phone to track Lexy. He chases her jogging into the woods, armed with a knife. During the chase, he tries to kill her but almost stabs Junior, who is wearing an identical sweater. Junior confronts Lexy about dressing up as Jake’s deceased father, his uncle, and tells her that she went too far this time and that she needs to apologize to Jake because he is afraid of what he is capable of. Lexy is adamant about not doing it. When she returns home, she finds her younger sister Caroline throwing a fit on the floor, declaring Chucky to be her best friend.

Jake is admiring the various gardening tools in the garage, trying to decide which one will be his weapon of choice. Lexy arrives and apologizes in the hopes of getting Chucky to comfort her sister. She claims that when she’s agitated, she harms people, and she apologizes profusely for hurting his feelings. Jake rejects, claiming that she will never be able to have Chucky. He returns to his room and stabs his sculpture out of frustration. Chucky chastises him for having the opportunity to murder her, and he chokes. He claims to have “completion anxiety” and refers to him as pussy. He now has to do his dirty work for him and offers that he give her what she desires. Devon plays a Jake recording over and over again. His mother then jumps in and tells him that he should avoid Jake from now on. She goes on to say that either Jake is trouble or trouble follows him, and she doesn’t want her son to get involved. Jake brings the doll to Lexy’s house. Caroline is overjoyed. Lexy expresses her gratitude but clarifies that just because he did it doesn’t imply they’re buddies or anything.

Caroline is calmly playing with Chucky at home, and her parents are astonished. Caroline and her mother hug Chucky. However, he then whispers in Caroline’s ear that he wants to hug Lexy. She hesitantly accepts, and the three of them hug. Lexy opens the door for her buddies. Junior is accompanied by his classmates Oliver, Devon, and others. Oliver presents her with a bottle of bourbon. Devon notices Junior become envious and urges him to let it go because neither of them is worth it. The principal summons both Lexy’s and Jake’s families to a parent meeting. The teacher plays a video of Lexy insulting Jake’s late father. The principal urges them to return home, talk to their children, and figure out how to proceed. Jake pays a visit to his mother in the cemetery. He informs her that things have only gotten worse. He expresses regret for not being the person she desired. Lexy performs Caroline’s goodnight song and tucks her sister in. Caroline then hears Chucky say that he’s going to kill her sister. She is, however, drowsy. To get out of bed, he tears the bedsheets.

Lexy is throwing a rave party downstairs, complete with headphones. Her buddies are having a good time dancing and listening to music. Junior notices her dancing with Oliver and flirting with him. When her favorite song comes on, she begs Junior to join her in the dance. Oliver is envious as he stands there watching. Caroline is waiting for her in the kitchen since she can’t find Chucky. A flashback shows Charles Lee waking up in the middle of the night in 1965 to find his father had been murdered by a serial murderer who had broken into his home. Lexy goes seeking Chucky, who mistakenly stabs Oliver in the leg. He then stabs him in the back many times and kills him. Because everyone is preoccupied with the loud music, no one hears his screams. Charles Lee’s mother raced to get him, and the two of them took refuge in the bedroom closet.

Lexy retires to her room and lights up marijuana. Chucky’s shoes are later discovered behind the curtains. She proceeds to look into it, unaware that Chucky is following her. He slams the knife into her back, but she fights back. The curtains are on fire. As Chucky chokes Lexy, she manages to toss him. He suddenly stands, pulls up his knife, and tells her that this is for Jake, the fire blazing behind him. As soon as Lexy sees him, she screams in terror. The youngsters are dancing downstairs, completely oblivious to the fact that the house is on fire. Jake is still at the cemetery. The police sirens howling may be heard by him. He sobs repeating he’s sorry to his parents. Charles Lee murdered his mom with a pocket knife. The serial killer praised him saying he got guts and advised him to cover his tracks. The episode ends with Chucky narrating that some killers are made but the best of them are born. Sometimes they just need a little push and laugh hysterically.