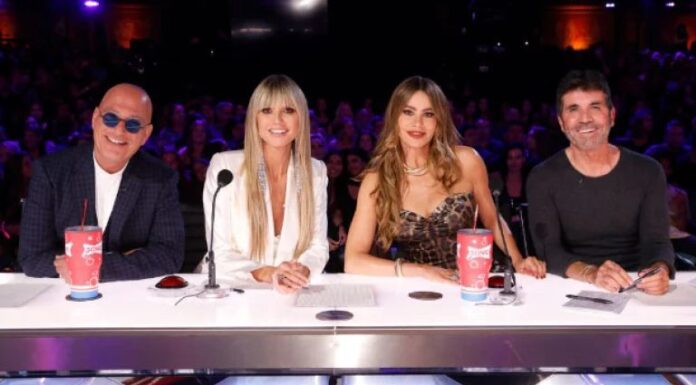 The live episodes of “America’s Got Talent” on night four included some outstanding performances, but others fell flat. One act, nevertheless, caught Simon Cowell’s attention to the point where he dubbed it the “greatest” of the season thus far. Terry Crews opens tonight’s program, and then the adventure continues with 11 more acts. The auditions were successful for them. They passed the judges’ cut, but now they must pass the popular vote in America. If you missed the show, Don’t Worry! www.tvacute.com provides a comprehensive recap on this page.

Tap dancer Bayley Graham a 22-year-old opens the 4th round of America’s Got Talent preliminary competition. To Ed Sheeran’s “Shape of You,” he taps dances up some steps. Bayley has “amazing charm” and “excellent showmanship,” according to Heidi Klum. “This stage is lucky to have you,” exclaims Howie Mandel. Simon Cowell, though, is not on the same page. He acknowledges, “I thought that was a little underwhelming. He complains to Bayley that there was no “dramatic ending” to his performance.

Acapop!, a cappella group, makes a comeback with a new original song about not being frightened of who you are.  The kids who make up Acapop Kids come from all throughout the nation. It’s their nightly fantasy to engage in activities like this. They are an acapella ensemble with members ranging in age from 12 to 18, and they will perform another one of their original songs about not being afraid to be yourself.

Howie presses his red X during the performance and says he felt like he was at a “school assembly.” Simon and Sofia Vergara agree with Howie’s observations. Although the song selection wasn’t the best, Simon informs the group that their “raw talent is tremendous.”

Jannick Holste, a 19-year-old German and one of Heidi’s biggest fans, began doing magic tricks and dancing when he was just six years old. He performs dancing and magic. His ultimate goal is to triumph and collaborate on a song with Heidi. He provides excitement in his most recent performance. Heidi exclaims, “You really are everything.” Simon wished there was less “horrendous” dancing and more magic. Whatever happens, Jannick has the opportunity to perform twice in front of his idol.

In memory of his mother, Lee Collinson performs a touching cover of Lauren Spencer-“Flowers.” Smith’s Although Simon thought Lee’s audition was fantastic, he thinks Lee “overthought the music choice.” Lee’s voice is described as “sweet and pure” by Heidi in an effort to temper Simon’s criticism. Sofia acknowledges that the music made this performance “a little bit of a disappointment.”

The next performer is ventriloquist Jack Williams, who has only done it twice before a live audience. He promises to perform significantly better than in his audition. His goal is to open his own residency in Las Vegas. His aim is to improve his performance during the qualifying rounds. This act isn’t “as creative,” in Howie’s opinion, as he would want to see. Jack is informed by Sofia, “I thought you were fantastic.” The act, according to Simon, is “very brilliant” and “by far tonight’s best act.”

Artificial intelligence is used by metaphysics to produce hyper-real content. They intend to amaze visitors tonight using cutting-edge AI technology. With their most recent performance, Metaphysic considerably raises the bar for the opposition. “Nessun Dorma” is sung by Metaphysic as “Simon,” “Howie,” and “Terry Crews.” This act, according to Simon, is not just the best of the evening but also “the best, I believe, of the series so far.” That is a really nice compliment!

In a word, Lazy Generation’s most recent performance is a complete disaster. Simon even offers the group a standing ovation as Sofia even presses her red X. “Not something I want to see ever again,” declares Sofia. Howie can sum up the performance in one word: insane.

We just can't look away from @TheLazyGen and their stunts. 🌵 #AGT pic.twitter.com/h1KyMXE1ur

Merissa Beddows, an opera singer, and impressionist begins with some opera before transitioning into her impressions of Amy Lee from Evanescence, Cher, and Celine Dion. Sofia comments to Merissa, “Your voices are so amazing. Simon thinks that Merissa’s video package did not adequately convey her personality. He is interested in her interpretation of this. Merissa declares to everyone in the room that AGT has “forever changed my life.”

Harper, a ten-year-old metal vocalist, claims she wants to exhibit a different side of herself during qualifying performances. She chooses to perform “Bad Habits” in a metal style. Heidi acknowledges that watching Harper is “fascinating.” Harper’s performance is everything to Simon, and he enjoys the attention she will receive.

.@thatyellaharper’s performance of “Bad Habits” by @edsheeran is unexpected in the best way. #AGT pic.twitter.com/nJZDVM5WxX

Next, is a comedian, Mike E. Winfield, who amazes with his most recent stand-up act. Mike is informed by Simon that his “star performance” is there. I believe America will advance you to the finals, he continues. If Mike doesn’t advance to the finals, Howie deems him “amazing” and invites him to open his New York show.

✨ @mikeewinfield knows how to keep the laughs going. #AGT pic.twitter.com/5IbW1lSkTO

Lily Meola, Heidi’s golden buzzer, is tonight’s last performer. She had a record deal until her mother was diagnosed with cancer, which completely altered her life. She then questioned whether or not she ought to continue doing music. She is performing the song “butterfly,” which she penned a few weeks ago. Although singing an original song is always risky, Simon says she made the “correct choice” with “Butterfly.”