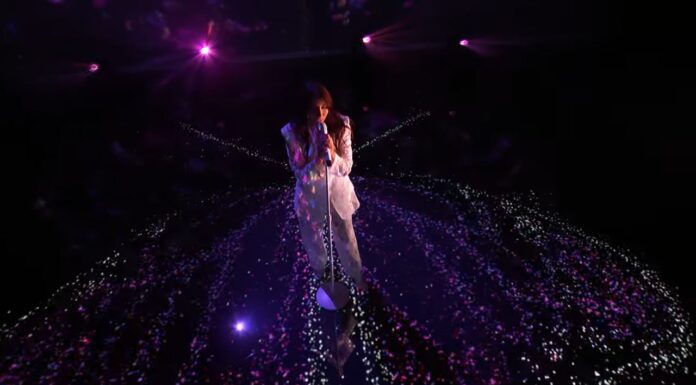 As Lily Meola entered tonight’s (August 30) America’s Got Talent, it seemed inevitable that she would garner a lot of attention. Another brand-new composition has been added to America’s Got Talent as a result of Heidi Klum’s Golden Buzzer! The audience is blown away by Lily Meola’s incredible voice as she performs the song “Butterfly.”

We are aware that there are many important factors that can make or break performance of this calibre, but a lot of it begins with the song selection. She selected to perform an original song called “Butterfly” that she claimed to have only recently written. It should be obvious that there is a great risk involved. Since Lily is one of the best singers we have this season, we knew she would be in good voice tonight. She simply needed to raise her game in comparison to everyone else on the show and then engage the audience. In the end, she went above and beyond. – Watch more news on tvacute.com

Will she then move on to the following show? Given that she sung last that night, you might assume that she is a lock. The only judge to give her a standing ovation was Heidi, though! That worried us, but after hearing the response, we realized there wasn’t as much cause for fear (except with Howie). She should be good with the public vote since overall, it was an odd night with a lot of duds, and from what we can see, the final two acts will advance. When you take into account the calibre of the material and the response from the audience as a whole, Mike E. Winfield was definitely the strongest of the evening.

On June 28, 2022 the fifth night of auditions for “America’s Got Talent” season 17 continued with a fresh round of talents fighting for this year’s $1 million prize. After presenting the Golden Buzzer to the saxophonist, host Terry Crews returned to the stage with the series judges Simon Cowell, Sofia Vergara, Heidi Klum, and Howie Mandel.

On Night 1, Avery Dixon. When they awarded vocalists Maddie and Sara James their Golden Buzzers on Night 2 and Night 3, respectively, Howie and Simon pushed two more acts straight through to the finals. After this, the all-female Lebanese dancing ensemble Mayyas mesmerized Sofia. The last Golden Buzzer was given by Heidi, who was impressed by Lily Meola’s sense of “a light about.” Watch the video below to see her entire audition.