All American Season 5 Episode 8: A surprise birthday party for Billy 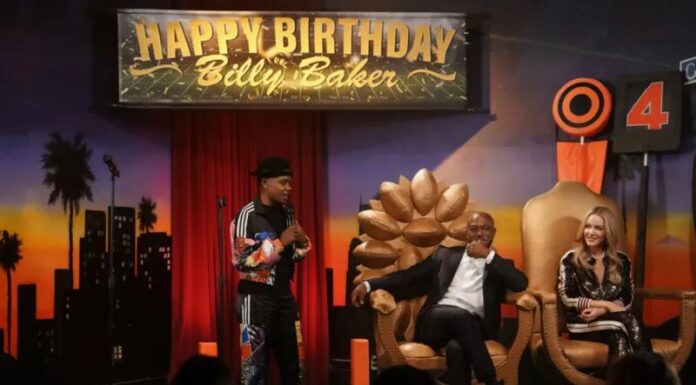 A lot has changed for Spencer James and his pals in the fifth season of the popular football drama All American. The inquiry into GAU’s football program and the subsequent removal of the head coach that Olivia Baker (Samantha Logan) began has become a major plot point for viewers. Spencer (Daniel Ezra) and Jordan Baker’s fates were hanging in the balance at the end of the seventh episode of All American Season 5, but fans will have not to await longer than usual to find out what happens next. At www.tvacute.com, we have everything we know about All American Season 5 Episode 7.

“Feels so Good” is the title of the eighth episode of All American Season 5, which airs this week. There is no doubt that there is a great deal for which one can feel excited. After episode seven, the show was gone on hiatus for the season. The fifth season of All American finally returns from its vacation, and viewers have the opportunity to experience the continuation of numerous significant stories. After Jordan’s decision to quit GAU, the teaser for All American season 5 episode 8 does not reveal anything about what happens to Spencer or Jordan (Michael Evans Behling). Instead, it gives hints about how each of their romantic relationships will develop. While Jordan is seen walking away from a distressed Layla, Spencer is shown continuing his pursuit of another girl, despite the possibility that he may still have a love for Olivia. Is Billy leaving South Crenshaw?

A surprise birthday party for Billy and his decision

When Laura (Monet Mazur) plans a surprise birthday party for Billy (Taye Diggs), the event is hilarious. Everyone gets together to make fun of Billy, but Billy is struggling with a dilemma that is towering over his head. What Billy does in the wake of the bounty gate scandal and being given the head coaching job at GAU appears to be the only big bombshell in the teaser for All American episode 8. It seems he is currently present at the university, as he has been seen interacting with both current athletic director Rick Barnes and previous GAU head coach Garrett. This could be taken as confirmation that Billy is willing to leave South Crenshaw behind and take over as GAU’s head coach for All-American season 5.   In addition, make sure you read the complete synopsis of All American season 5 episode 8 which is provided below:

All American Season 5.08 Synopsis: – “DIFFERENT PLACES – When Laura (Monet Mazur) throws Billy (Taye Diggs) a surprise birthday party, everyone comes together to roast Billy, but Billy has a looming decision hanging over his head. Spencer (Daniel Ezra) makes an effort to do what’s best for himself, hoping it helps Olivia (Samantha Logan) and him take a step towards moving on. Jayme (guest star Miya Horcher) offers some sage advice to Asher (Cody Christian) about his speech with JJ (Hunter Clowdus), but she ignores her own about watching out for red flags. Meanwhile, Jordan (Michael Evans Behling) and Layla (Greta Onieogou) get in their first fight over something neither of them could have predicted.”

All American Season 5 Episode 8 will release on The CW on Monday, January 23, 2023, at 8 p.m. ET. You can also stream the show on live TV and VOD platforms such as YouTube TV, DirecTV, iTunes, Xfinity, Hulu LiveTV, Fubo TV, Spectrum, Google Play,  Microsoft Store, and Amazon Prime Video. Netflix users can also watch previous seasons. Season 5 will soon be available on Netflix, just like previous seasons of the drama, but not until after the season has aired on broadcast television.