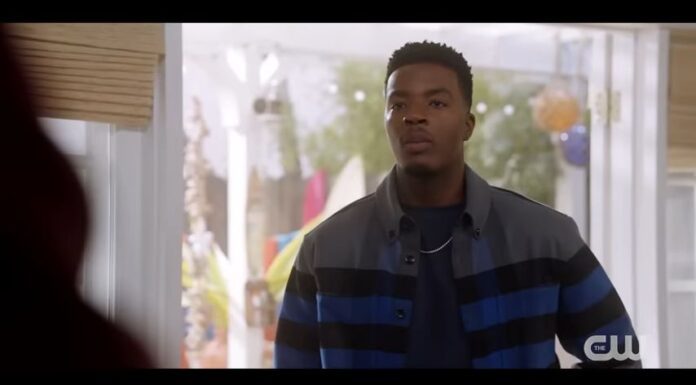 On October 10, 2018, The CW broadcast the All-American series, which was created by April Blair. The highly anticipated fifth season of the program is now on the way. When season four of All American was still airing in March 2022, The CW decided to order a fifth season. The sports drama is based on the life of Spencer Paysinger, a former NFL player who now consults on the project and has a small role. It centers on Spencer James (Daniel Ezra), a South L.A. high school football player who gets selected to play for Beverly Hills High. While juggling these two conflicting worlds, Spencer must concentrate on football. Season 5 of one of the most well-liked teen drama series will premiere soon. tvacute.com has compiled all the information we currently have on season five, from the actors and promo to the release date.

Get Ready for All American Season 5 Episode 1: Simone is back!

The CW will air the season five premiere of All American on October 10, 2022. On Mondays at 8 p.m. ET, the program will continue to air. The season will then be made accessible for streaming on Netflix. We anticipate the show to appear on Netflix after Season 5 on The CW has concluded, but not immediately. it will probably take eight days after the Season 5 finale for it to be made accessible on Netflix.

All American: Homecoming, which returns for season two on October 10, will immediately follow with fresh episodes. In the spinoff, Beverly High student Simone Hicks, played by Geffri Maya, becomes pregnant and offers her child up for adoption. She pursues her tennis career while attending Bringston University.

All American Season 5: What to Expect

It’s anticipated that the show will continue where season four left off. Spencer and Olivia faced a potential separation in the finale because Olivia is penning an exposé on Spencer’s GAU football coach. Coop made the decision to put her job in criminal justice first rather than seek a relationship with Patience or Skye (Madison Shamoun). Jordan and Layla kissed as Grace and D’Angelo also got engaged. Season 5 of Tamia “Coop” Cooper (Bre-Z) is going to be an interesting ride, in part because of her motivating time working as a legal assistant.  The fifth season of The CW has released a trailer or a storyline summary.  Check it below.

When a rising high school football player from South L.A. is recruited to play for Beverly Hills High, the wins, losses, and struggles of two families from vastly different worlds — Crenshaw and Beverly Hills begin to collide. Inspired by the life of pro football player Spencer Paysinger.

• Spencer James is Daniel Ezra. Currently, Spencer is a collegiate football player who is also having problems with his girlfriend, Olivia Baker.

• Olivia Baker is played by Samantha Logan. Olivia is Billy and Laura Baker’s daughter and Spencer’s girlfriend. She is attending Golden Angeles University to study journalism.

• Bre-Z as Tamia “Coop” Cooper: Spencer’s lesbian best friend Coop is passionate about criminal justice.
• Asher Adams is played by Cody Christian. Asher, a current scouter for the Golden Angeles Condors, was a wide receiver for Beverly High in the past.

• Patience Robinson is played by Chelsea Tavares. Coop’s potential love interest and lyricist Patience. The legal issues facing Coop have an impact on her work.

• As Laura Fine-Baker, Monet Mazur. Billy’s wife, Laura, is also the mother of Olivia and Jordan. She is a lawyer who leaves her position as DA in season four.

Where to watch All American seasons 1 and 4

Netflix has seasons 1-4 of “All American” if you want to watch them catch up before Season 5 or if you’ve never seen the show and are curious. The final five episodes of Season 4 can be streamed on The CW website, but there will be advertising all the way through. Episodes are accessible on a variety of digital platforms, including Amazon Video, iTunes, YouTube, Google Play, and more.