Yellowstone: The Image of a Strong Woman and its devastating Consequences, as exemplified by Beth 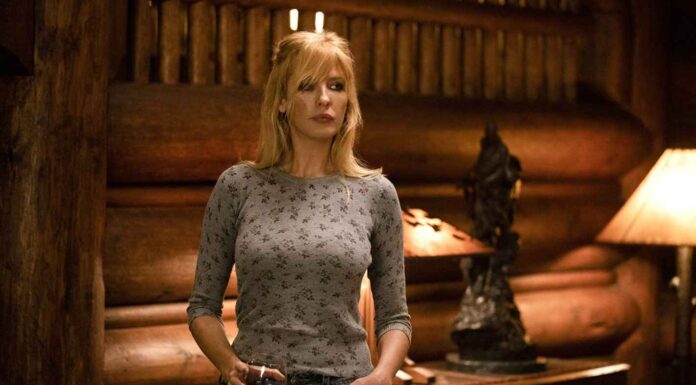 For over two decades, television has been in a Golden Age, and the rise of streaming services has only expanded the number of illustrious and well-known series that make the news. It appeared that the linear network paradigm was being phased out as more people cut the cord and shifted to streaming. No show has best demonstrated how many popular series continue to draw people to live television — despite specific changes that have been made — than Yellowstone.

The series “Yellowstone” was released in 2018 and tells the story of the Dutton family living on a ranch next door to the world’s first national park. Beth Dutton (Kelly Reilly) is its protagonist and the only daughter of family head John Dutton (Kevin Costner).

The Dutton Family, proprietors of the Yellowstone Ranch, the largest ranch in Montana, are the focus of Taylor Sheridan’s television series Yellowstone. John Dutton (Kevin Costner), the father of the family and the sixth generation Dutton to hold the ranch, guides his family through challenging times involving developers, the national park, and conflicts inside the family, as well as the nearby Broken Rock Indian Reservation. The drama series features a lot of melodrama, dark secrets, murder, and other scandalous events, giving the impression that it is an amusing update of Dallas for the twenty-first century.

The expert from the write my papers service WritingAPaper analyzed the character of Beth and came to important conclusions about the image of a strong woman, which many try on themselves and in life. What are the consequences?

Beth grew up in a family of rigid, strong-willed, and strict parents. Her father, John Dutton, raised Beth in submission and was always only interested in visible accomplishments, not delving into what was going on in his daughter’s soul. From a very young age, her mother taught her, including by example, not to show weakness and to be tough to the point of cruelty.

The series shows how the heroine’s personality unfolds through her upbringing and childhood decisions. Beth still lives on the ranch with her father and builds her life around his interests and goals. Could she leave and live her life based on her desires and values? Yes. But she doesn’t know where or with whom she can so much as unleash her “indomitable” character without unpleasant consequences. Moreover, for her, such a question doesn’t even arise.

Beth is challenging, often uncompromising, demanding, and occasionally very cruel. She is willing to do anything literally to earn her father’s love and conform to a world ruled by men who look like him. By the way, Beth is quite good at it, and some men are even afraid of her.

According to the best essay writing service researcher, the image of the “strong woman” is one of the most destructive. It requires a lot of mental energy and internal resources to maintain and control and suppress her true feelings and emotions. A woman who claims such an image does not allow herself to be “weak” and vulnerable because she considers it unacceptable. At first glance, it may even seem that such a woman is not afraid at all. In this image, many things are impossible because it appears that going beyond the made-up limits and restrictions can be dangerous. Playing the “strong woman” generates enormous tension, which, one way or another, is looking for out.

What is the cost of maintaining the image of Beth herself? You can see with the naked eye that she is not well and, in some places, even unbearable. Daily alcohol consumption, smoking, uncontrollable outbursts of anger and tantrums, and a desire to literally destroy her brother and other undesirables. Beth has no girlfriends or friends. She is afraid of true intimacy, of a warm and pleasant relationship. She is not familiar with it. Beth’s fiancé, Rip, is perhaps the only person she has ever let close to her. But even this relationship is far from unconditional and trust issues.

The experts from the best writing services who worked on movie-based essays discovered that the image of the “strong woman” who can do everything and even more is protection. Not so much from the outside world and people who can hurt, but from herself: from true feelings and experiences, from fears, from the possibility of making mistakes and appearing stupid and strange, from the need for help and trust in other people. And that would be all right, but for women, the real danger here lies in a more global one.

The image of the “strong woman” is protection from life itself, from true love, from creativity, and the manifestation of any self in this world. Protection from your own desires and actions to realize them. A life where you do the essential things for others but not for yourself. This is why this image is one of the most destructive. But is it worth it?

Also See: Yellowstone Season 5: Who is the Woman Beth Hit at Crystal Bar? Why Did Beth Hit Her?