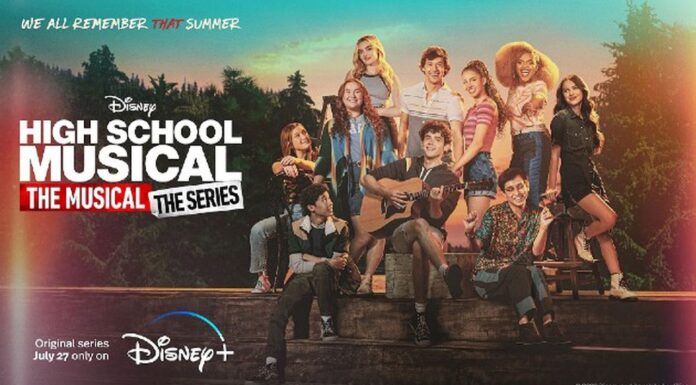 A mockumentary musical drama called High School Musical: The Musical: The Series is based in the same high school as the original film. The program centers on a group of theatre students who, while juggling love, friendships, family ties, and other issues, create a musical as their school production.  They stage performance of Beauty and the Beast for the spring musical during the second season in an effort to take first place in a prominent regional student theatre competition.

The start of the first season was on November 8, 2019. The second season made its debut on May 14, 2021. Season 3 of High School Musical: The Musical: The Series will debut on July 27, 2022, only on Disney+ In season three of “High School Musical: The Musical: The Series,” the Wildcats and their fellow campers are getting ready for an incredible summer filled with romance, curfew-free nights, and a taste of the great outdoors at Camp Shallow Lake, a family-owned sleepaway camp in California. Fans are speculating, Will a new love triangle emerge?

After Ricky and Nini decided to end their relationship at the end of season 2, many are predicting that Ricky Bowen, Gina, and EJ may establish a new love triangle during the summer.

Sofia Wyle explained the relationships between characters this season to Entertainment Tonight in July 2022: “E.J. and Gina have just started this relationship, so they are in their honeymoon phase where everything is lovely and rose-colored.” However, she added, “Of course, other circumstances come into play and people become worried, things change, and other individuals enter the picture.”

Matt Cornett, on the other hand, outlined the many things EJ will need to juggle while at camp. “He gets pushed into this situation of having to direct this show, which slightly redirects his concentration to that when he really wanted his focus to be on Gina and being able to soak up every second with her and be present in every moment, “explained he. “He must now divide his attention and devote some of it to directing.

Regarding Ricky, Joshua Bassett made a suggestion that his persona would have to negotiate the hazy terrain of adolescent relationships. He made a joke about how relationships develop in high school and then fizzle out. “It ebbs and flows, and I believe that occasionally romances do end, but the memory of it lingers. Therefore, whether it’s expressed or not, I believe it’s evident that the entire cast still has unresolved issues.

A post shared by HSM: The Musical: The Series (@highschoolmusicalseries)