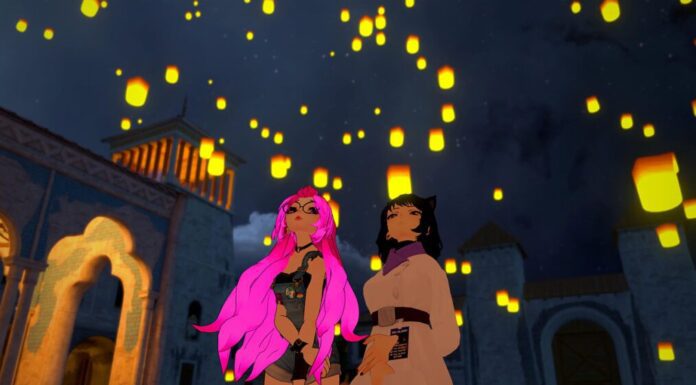 The whole narrative of the 2022 documentary We Met in Virtual Reality occurs within the online multiplayer game VRChat. It looks at the social bonds formed by VRChat members throughout the pandemic and how their experiences there affected them personally. Joe Hunting, who also served as the film’s director and scriptwriter, created it. So, here’s what’s in store for We Met in Virtual Reality, www.tvacute.com’s everything we know so far about the new episode, including the release date.

This documentary, which was shot entirely in virtual reality and features participants as enchanted avatars, looks at the communities and close friendships that develop inside the VR Chat community. Jenny, an American Sign Language teacher who brings together deaf and hearing-impaired users, is one of the film’s topics. Social isolation during the epidemic spurred the spread of this type of engagement. The episode also follows several couples who connected virtually as they get ready to meet in person (in real life).

We Met in Virtual Reality Trailer

You can be who you’ve always wanted to be.#WeMetInVR, the first feature-length documentary filmed entirely in virtual reality, tells stories of love, loss, and unexpected connection within the world of VR. The @HBO original documentary premieres July 27 on @HBOMax. pic.twitter.com/ZpKyQRA8TV

On July 27, 2022, HBO and HBO MAX will broadcast the movie and make it available for streaming on that day. On January 21, 2022, it made its international premiere at the Sundance Film Festival.

We Met in Virtual Reality About

The movie explores the lives of several characters on the platform as their relationships develop and alter over the course of the runtime, which is over a year in chronological order. Other users include a teacher who runs an online school for sign language, a couple who met online and one of them who owns a dancing school, another couple who met online and also fell in love on the platform, and other people. The purpose for why they use the platform and how it has benefited them during the COVID-19 pandemic are both revealed in the movie.

Joe Hunting, who is 19 years old, started his journey in 2018 by taking tender photographs using virtual reality. He then released his first distinguished short film, A Wider Screen, in early 2019. The comedic series Virtually Speaking, which was shot exclusively inside VRChat, and another award-winning short documentary were both produced and directed by him as he finished his film production degree in 2020. Both of these films aired at festivals across the world. Hunting has been working exclusively in virtual reality since receiving his degree, along with the year-long production of his first feature documentary, We Met in Virtual Reality.