Where Is House of the Dragon Filmed? 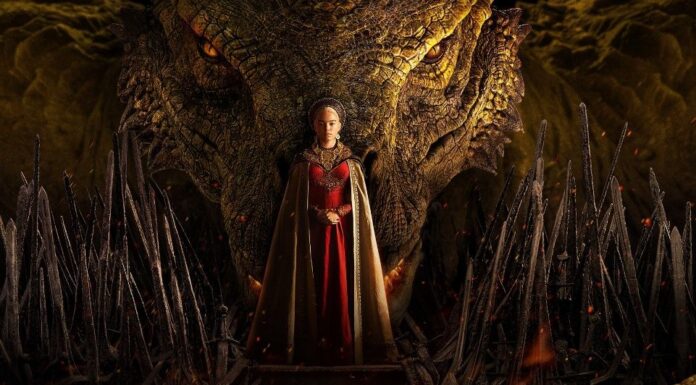 Since it was revealed that HBO would produce a prequel series focusing on the Targaryen dynasty in October 2019, fans of Game of Thrones have been holding their breath. Based on the words of the House Targaryen, it is George R. R. Martin’s 2018 book Fire and Blood. It will primarily concentrate on the politics inside the Targaryen family and is set around 200 years before the events depicted in the HBO series Game of Thrones. It premieres AUGUST 21, 2022. Famously, Game of Thrones took us to Croatia, Iceland, and Northern Ireland. But Where did HBO’s prequel series “House of the Dragon” take place?  Keep an eye out, reader, since the House of the Dragon show will soon be on everyone’s travel wish lists.

Where is HBO’s “House of the Dragon Filmed?

The ten-episode first season of the show’s principal photography commenced in April 2021. The majority of the series’ filming took place in the UK. Northern Ireland, Scotland, Malta, Croatia, Iceland, and Spain are just a few of the exotic (and cold) filming locales that were used for Game of Thrones. The city of Medina in Northern Malta served as the backdrop for the classic exterior views of King’s Landing. Warner Bros. Leavesden Studios in Watford, England served as the film’s primary production hub. All of their interior set probably be built and filmed here. The new virtual production stage at Warner Brothers’ Leavesden Studio was used for the first time in this production. Due to a positive COVID-19 case on July 18, 2021, production was stopped for two days. Let’s find out Where was House of the Dragon shot/

Beginning with a two-week shoot in Cornwall in the southwest of England, Season 1 filming got underway in late April 2021. CornwallLive.com reported seeing trucks with the “Warner Bros” logo unloading and assembling film equipment. includes mobile lighting equipment, close to Holywell, Newquay’s Penhale Camp. Holywell Beach was once again the location for sequences starring young Rhaenyra and Laenor Velaryon as well as war scenes that appeared to take place there. 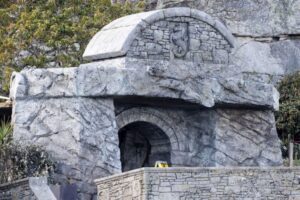 At St. Michael’s Mount, an island castle thought to represent Driftmark, the seat of House Velaryon’s ancestry, there was a lot of filming.  The rumors are that Driftmark, the island home of House Velaryon, will be located on St. Michael’s Mount. Additionally, several shots at picturesque Holywell Beach were shot, including those for the first promotional pictures of Daemon Targaryen and adult Rhaenyra Targaryen.

Kynance Cove, a beach with rock formations farther east along the southern coast from St. Michael’s Mount, was added to the filming schedule. Kynance Cove was turned into a vast Velaryon army camp in the Stepstones. For the second full week of September 2021, from September 13–17, filming returned to Cornwall (after filming in Derbyshire the week before).

Exterior photography began in Derbyshire, in northern England, the first week of September after the initial Cornwall shoot wrapped up in mid-May 2021. 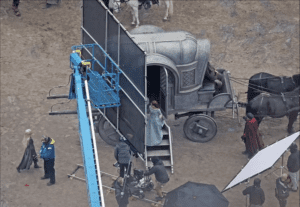 Another fantastic English location HBO traveled north to use the picturesque rolling hills of the Peak District as its latest House of the Dragon filming site. After Matt Smith was photographed in character, images from a sizable spy report published by the DailyMail revealed Graham McTavish, Emily Carey, and Milly Alcock all dressed as their characters.

This time to the charming beauties of the Surrey hills. Filming moved from Cornwall to Surrey, southwest of London, during the third week of September 2021. Outside of Aldershot, a sizable tournament set was constructed. the area is also historically significant due to its natural woodlands, Thames-side meadows, and attractive country homes.

Trujillo, another lovely medieval town, is home to some of Spain’s finest Roman ruins. Although tourists don’t frequently visit this region, those who do will be rewarded with some genuinely authentic Spanish cuisine. It is simple to understand why HBO chose it as a House of the Dragon filming site given the breathtaking medieval/ castles that line the hilltops.

Another location from Game of Thrones Season 7 is the old Arab castle, which served as the landward side of King’s Landing’s city walls when Jaime and Bronn were perched atop them and watching Daenerys’ army approach. According to the Spanish newspaper Hoy, House of the Dragon will shoot between October 11 and October 21, 2021, in the western Spanish province of Cáceres.

The TV show was taped in Portugal at the Castle of Monsanto from October 26 to October 31. HBO announced the completion of House of the Dragon’s production in February 2022. Monsanto was recognized as the “most Portuguese village in Portugal” at the turn of the 20th century. It has therefore likely been so effectively preserved by the government for this reason.