When will air “Monarch” Season 1 Episode 1? 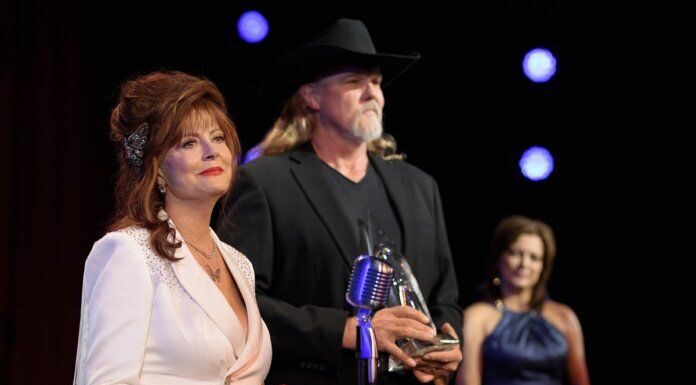 Fox has, however, debuted a new musical drama TV show called “Monarch.” Melissa London Hilfers created the musical show. The series is now ready to premiere after experiencing numerous difficulties both during production and in the post-production phase. Susan Sarandon is the main attraction in the premiere as matriarch Dottie Roman. When she finds out she has terminal cancer, her heir-apparent daughter Nicky (Anna Friel) and her rebellious younger sister Gigi (Beth Ditto), who likes music by Lizzo and Lady Gaga, compete to take over the family business. Albie Roman is their growling big daddy, who is the real country star Trace Adkins. The impressive cast and the plot of this musical drama appear pretty captivating. The series’ refreshing emphasis on female leads is undoubtedly a key component. (tvacute.com) Here is what is known thus far about the highly anticipated Monarch” Season 1.

When will air “Monarch” Season 1 Episode 1?

On September 11, 2022, at 8/7c on FOX, the multigenerational musical drama will make its debut. The first episode’s official title is called “Stop at Nothing.” All US TV viewers with a conventional cable or satellite service will be able to watch Monarch when it airs on Fox. The next day, Hulu will also offer streaming access to all new episodes of Monarch.

What about FOX “Monarch”?

Monarch, which centers on a family dynasty in the country music scene, is reminiscent of Empire, the popular series that followed a tycoon in the music business. The Roman family is recognized as the dominant force in the field, but when new competitors enter the scene, there are secrets that threaten to upset everything. The show’s official synopsis is as follows: “Monarch is an epic, multi-generational musical drama about America’s first family of country music. In Monarch, the Romans are passionate and fiercely talented, but while their name is synonymous with honesty, the very foundation of this family’s success is a lie. When dangerous truths bubble to the surface, the Romans’ reign as country royalty is put in jeopardy. Nicky Roman, the brilliant and fierce heir to the crown, already battling an industry and world stacked against her, will stop at nothing to protect her family’s legacy. It’s finally her turn. But is it too late?”

What can we anticipate from the first episode of “Monarch”?

A multigenerational musical tale the size of Texas, “Monarch” is about the most prominent family in country music in the United States. The Queen of Country Music Dottie Cantrell Roman and her devoted husband, “Texas Truthteller” Albie Roman are the leaders of the Romans in “Monarch.” A country music dynasty has been established by Dottie and Albie. However, despite the fact that the Roman name is regarded as being legitimate, the fundamental basis of their success is a falsehood. The heir to the throne, Nicolette “Nicky” Roman, will do whatever it takes to preserve her family’s heritage and advance her own aspirations for fame when their reign as country royalty is threatened.