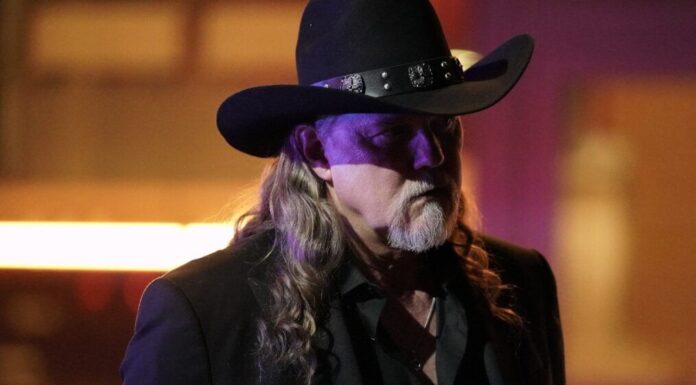 In the interesting and exciting season finale of the country-music soap opera Monarch, dark secrets are revealed, and family ties are strained to the point of breaking. In this particular episode, Trace Adkins‘ character, Albie Roman, is attempting to keep his bickering children united while simultaneously putting on a farewell concert in less than 24 hours. (Unlike the majority of shows in this genre, this one has a much less firm handle on reality.) A number of setbacks occur along the way, such as an untimely childbirth, a complicated merger roadblock, a father-son argument, and sibling rivalry between sisters that peaks during a performance of Kelly Clarkson‘s “Stronger,” demonstrating that what doesn’t kill you doesn’t always make you smarter. (tvacute.com) Here is all the information you require on the conclusion of Monarch Episode 11 Recap.

By the time Monarch Season 1 Episode 11 came to a close, many of the questions had been answered, and a few new ones had been brought up as this complicated family drifted apart, came together, and continued conspiring against each other. But at least we can breathe a sigh of relief since Albie won’t be going to jail, the ladies can come to an agreement that there’s the place for two Country Queens, and the Romans can come out on top of this situation.

When Tripp and the police enter the concert and arrest Albie for murder in front of everyone, he is about to take the stage for his final event. Jamie admits to moving Clive’s body to ensure that Albie was exonerated of Clive’s murder because Tripp, his father, was the one who was murdered by a drunk driver but believed it was Albie. Jamie explains this to Nicky and the family. He abandoned all future plans after falling in love with Nicky. Albie ejects him. Luke then knocks him out. When Albie runs across Tripp, he questions the reason behind his decision. Tripp reminds him that it has to end because Albie has been holding it over his head for 40 years. Before turning himself in, Albie wishes to attend a farewell concert that evening with his family. When Kayla is about to go into early labour, Gigi learns that she is actually seven months pregnant. Nicky is questioned by Gigi on his secrecy. Nicky, according to Gigi, is over and she doesn’t want to see her again. When Gigi tells Earl about it, she expresses her anger at Nicky having her way and the merger working in her favor. Gigi desires to set everything on fire. Before Skyler spends all of her money in the family, Gigi goes to her to tell her everything. She informs her of Nicky’s involvement in Dottie’s murder.

Tate and Ace are informed by Albie of what transpired the night Clive passed away. how much he values him and how he will always put his family first. Skyler visits Nicky to inform her that the merger will be put on hold for six months. She tells Nicky the tour is off, and Nicky responds by saying the merger is also off. Ace discusses Ace with Ana. They are caught by Catt, who is unhappy that Ana has been misbehaving since since she met Ace. Jamie expresses to Albie how much his time spent with him in the studio meant to him. Skyler asserts that she still has trust while Luke expresses disappointment about the failed transaction. Mackenzie was invited to the event by Nicky so that she could persuade him to embark on a tour. Nelly informs Gigi of the situation and instructs her to seize the opportunity; Gigi does this and sings Stronger. Nicky is instructed by Luke to join her in singing outside. She does. Back to Tripp detaining Albie during his show However, when the sheriffs arrive, they announce that Clive’s body was discovered on Tripp’s land. Tripp is then arrested for murder because Clive had been threatening to kill him over the hit-and-run.

Luke is waiting for Albie and irritated that everything always works out for Albie until Jamie placed the body. He mentions that they both have bastard children during their argument. Albie says he can quit the family, Luke says he intends to do so, and Skyler has given him a far better and more profitable job. And he enjoys watching Albie run Monarch over. Albie snaps back at Luke, and Luke hits him. Nicky begs Mackenzie to give her a tour. Albie approaches Skyler and tells her that she is fortunate to have Luke and that he never gave him his due share. Luke expresses regret to Gigi. Although Kayla is unaware of them, Gigi instructs her to take care of and be there for the infant. Nicky has a solo tour that she wants to co-direct with Gigi. The opening act, Ana, is departing on tour. Nelly warns Gigi against believing Nicky. Albie asks Jamie to assist him in managing Monarch. Catt runs into Jamie. She threatens him since he didn’t back out of their plan to kill the Romans.