The Menu Movie (2022) Ending! What does the cheeseburger signify at the end of movie? 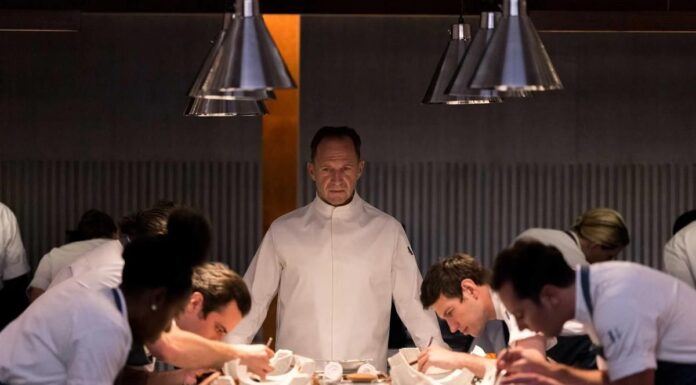 The Menu is a 2022 American thriller film that was written and directed by Mark Mylod, produced by Adam McKay, Betsy Koch, and Will Ferrell, and based on an original tale by Tracy. With Hong Chau portraying his assistant and Anya Taylor-Joy, Nicholas Hoult, Janet McTeer, Reed Birney, Judith Light, and John Leguizamo as guests at his upscale restaurant, it has an ensemble cast that includes Ralph Fiennes as the celebrity chef. In The Menu, Chef Julian Slowik uses his cuisine to vent his resentment and frustrations at his unaware customers, but he makes a startling exception when he tenderly gives Margot a cheeseburger – (tvacute.com) Here is all you need to know about what the cheeseburger means.

Margot Mills and her date Tyler take a boat to Hawthorn, a posh eatery run by well-known chef Julian Slowik that is situated on a secluded island. The rich Richard and Anne Leibrandt, the food critic Lillian Bloom, her editor Ted, the washed-up actor George and his personal assistant Felicity, the business partners Soren, Dave, and Bryce, and Julian’s alcoholic mother are among the other diners. Elsa, the restaurant’s maître d’hôtel, gives the group a tour of the island while pointing out that Margot was not Tyler’s invited guest for the evening. As dinner is served, Julian introduces each course while providing a creepier monologue about it. As the evening wears on, each guest’s secrets—from affairs to embezzlement—become gradually more public. A sous chef commits suicide during the fourth meal in full view of the guests, and a staff member slashes Richard’s ring finger when he tries to flee. The restaurant’s principal investor, who is also Soren, Dave, and Bryce’s employer, drowns in front of the customers after the fourth dish. Julian permits guests to try to flee at various moments throughout the evening, but the staff always manages to catch and bring them back. 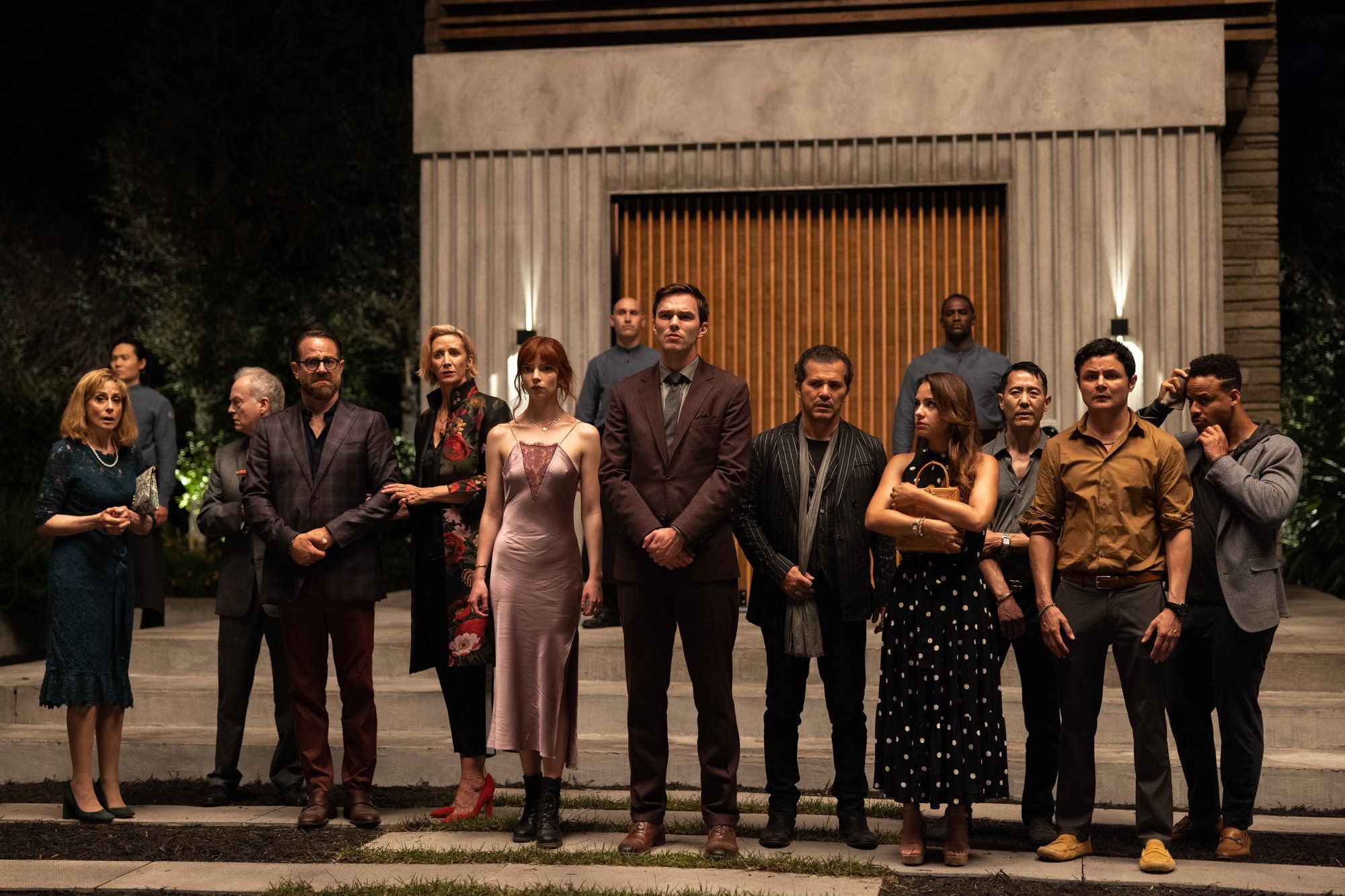 Slowik catches Margot in the restroom for women and learns her secret: Tyler recruited Erin, a sex worker, to be his date. He offers her the option of dying with the employees or the guests; either way, he says, she will perish. The guests are then given tortillas printed with Slowik’s secrets, such as the fact that the finance brothers are indulging in unethical business activities. Richard finally gets the inkling that something is amiss and tries to flee, but is punished by having his finger amputated. After letting all of the male customers attempt to flee, Slowik drowns the restaurant’s principal investor. The women gather in the café to commiserate while they are being apprehended, and it is there that we learn that Erin/Margot met with Richard in sessions where he pretended his daughter had not passed away. After the guests have finished their next course and all the guys have been apprehended, Slowik confesses that Tyler accepted the invitation despite knowing that everyone will die that night, including his date. 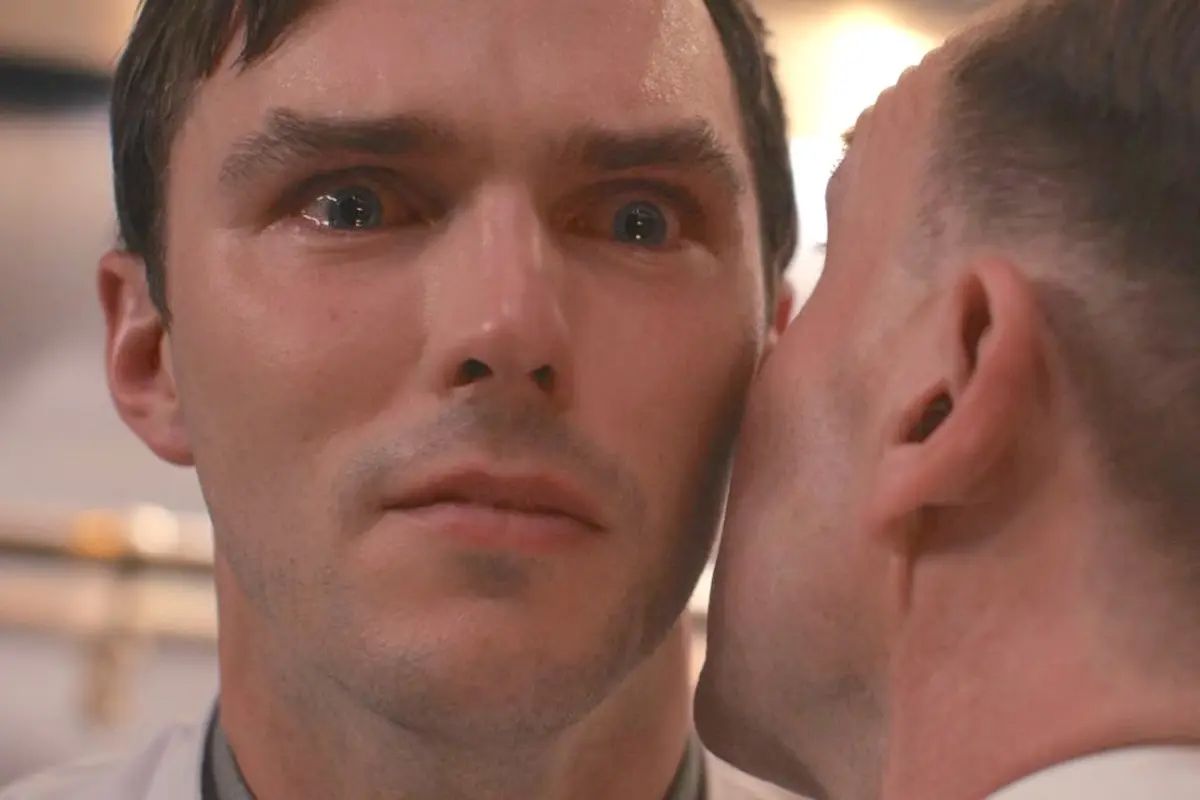 Tyler hangs himself in shame as Slowik makes him cook while harshly criticizing his performance. Erin/Margot determines Slowik needs help, so he asks her to get a barrel. While she’s there, she slips inside and runs into Elsa. They battle, and Erin/Margot kills Elsa before going on the prowl. She finds a picture of Slowik as a young fast-food chef in his home, along with a radio that she uses to notify the coast guard. The coast guard arrives as Erin/Margot returns with the barrel, but he too is a member of Slowik’s crew who has returned to work. When Erin/Margot thinks all hope is lost, an amazing plan suddenly comes to her. She starts to make fun of Slowik’s cuisine and claims that, despite his meticulously prepared dinners, she is still hungry. She orders a cheeseburger and fries when he asks what she wants.

The Menu Movie (2022): Ending What does the cheeseburger signify? 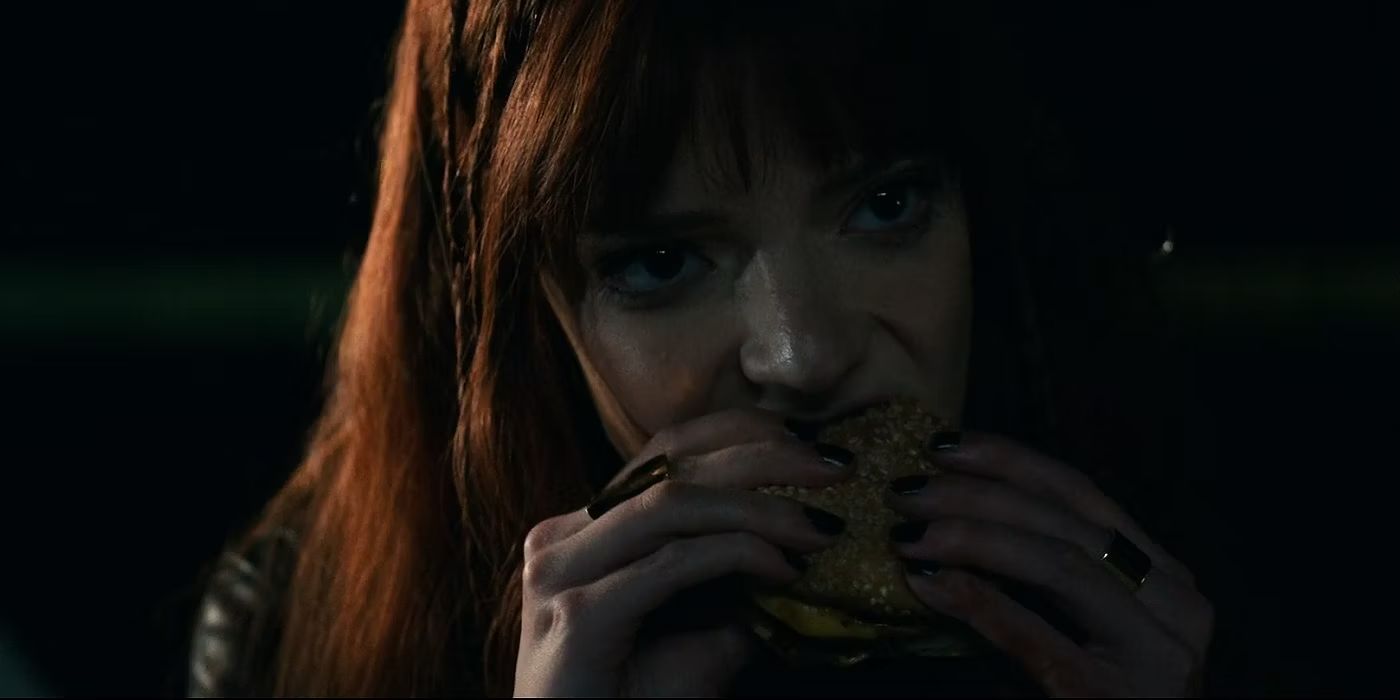 Erin/Margot receives the dinner directly from Slowik after it has been meticulously prepared. She takes a bite and then requests that it be removed, speculating that perhaps her eyes were larger than her stomach. Slowik, amused by her antics, hands her a take-out box, and Margot walks away with Anne giving her one more encouraging nod. She escapes using the coast patrol boat while a s’mores-inspired dessert is being created inside the restaurant; the guests are being handed chocolate hats and marshmallow capes, and the establishment is being set on fire.

Erin/Margot consumes the cheeseburger while watching the fire erupt from the safety of the boat. What does it signify in the context of the movie, though, despite the fact that it makes us really want a cheeseburger? Everything comes back to why Slowik is murdering himself and his guests (as well as all of his staff, who have bought into his deadly concept). The guests were specifically chosen because of their contributions to his own disillusionment with cooking or because they gain notoriety by taking advantage of the creative work of others: the food critic and her editor for her position in the world of food criticism, the finance brothers due to their financial ties to the restaurant, the actor and his assistant due to a food show he was trying to launch, the older couple due to their inability to appreciate his food.

The cheeseburger itself is a representation of the thing that reminded Slowik of his passion for cooking and the reason he started cooking. the straightforward process of making something for someone who values it much without any frills or fanfare. The Proustian food might be a crepe or a bowl of ramen for another chef, a simple sketch or the outline of a haiku for another professional, or a rain machine for an actor. Erin/Margot discovers Slowik’s murderous intent before he does and, as an outsider to the exclusive clientele, is able to capitalize on his nostalgia for a long-lost passion.