Westworld Season 4: Is Uwade (Nozipho Mclean) Dead? Did she leave the Show? 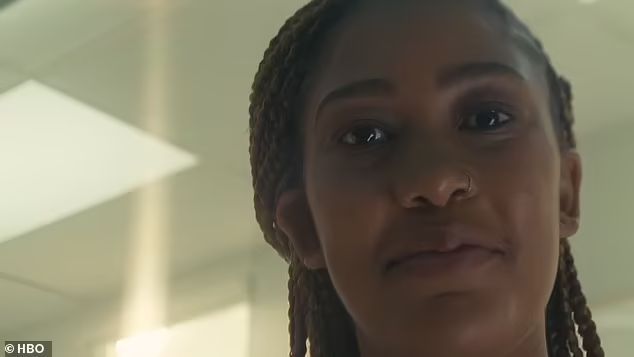 Caleb Nichols lives a peaceful and serene life with his wife Uwade and girl Frankie in the fourth season of HBO’s science fiction series “Westworld” after saving humanity by eliminating Rehoboam. When Charlotte Hale orders William, or the Man in Black, to harm Caleb and his family, he joins forces with Maeve Millay to stop the situation. Hale kills Carver in order to kidnap Uwade and Frankie, but in the meantime, he develops the host version of Carver. Together, the mom and daughter are able to flee the host. Uwade is not among the rebel group members, despite the fact that Frankie reappears after 23 years. What happened to her then? Is she deceased? Let’s investigate!

The mom and daughter are aware that their lives are in danger as Hale uses Carver’s host version to kidnap Uwade and Frankie. They succeed in escaping Hale’s grasp and their home. They establish a rebel group with other outliers once they reach New York City. Frankie has remained a member of the resistance for the past 23 years, but Uwade is nowhere to be found among them, leaving one to speculate about her location. Uwade is deceased, according to a chat between Bernard and Frankie in Westworld Season 4 Episode 6. Frankie mentions how Uwade had grown ill and was dependent on her for even the most elementary tasks when Bernard rebuilds Maeve. When her mother was ill, she recalled helping her in any way she could, and she told Bernard that Uwade couldn’t even drink the water comfortably. Uwade might have passed away if she hadn’t recovered from the illness that was never mentioned, given the severity of her condition.

The specifics of Uwade’s illness definitely suggest that she is deceased, even if Frankie doesn’t expressly state that her mom had passed away. Frankie must have spent time with her mother if Uwade is still alive, especially because she is the only one around to care for the latter. Frankie wouldn’t have decided to stay away from her ailing mother for too long after losing her dad Caleb. If Uwade hadn’t passed away, she might have even mentioned her worries about her ailing mother. Given these scenarios, Uwade must have passed away as a result of the serious illness Frankie describes to Bernard. If so, had Nozipho Mclean departed the program? We’ll see.

Uwade’s death is the most plausible indicator that Nozipho Mclean has left ‘Westworld,’ despite the fact that neither HBO nor the actress herself has confirmed her departure from the program. At least for the time being, it’s possible that the sequences in Westworld Season 4 Episode 6 that take place in the past will be the last ones in which Mclean portrays Uwade. Even if the actresses had departed the program, there is still a chance that we would see Mclean appear in the show again in flashback scenes.  While Frankie and Maeve are on their way to find Caleb, it’s possible that Frankie will be thinking back on the time she spent with her mom Uwade and her dad Caleb as well. IMDb reports that Mclean will not appear in any of the remaining episodes of the fourth season. This is further evidence that the actress is no longer associated with the science-fiction series, as it is quite likely that she left the show at some point. Because there is no such thing as permanent death in the world of ‘Westworld,’ it is possible that Uwade will appear as a host once more in the feature film, which could pave the door for Mclean to make a comeback to the show.