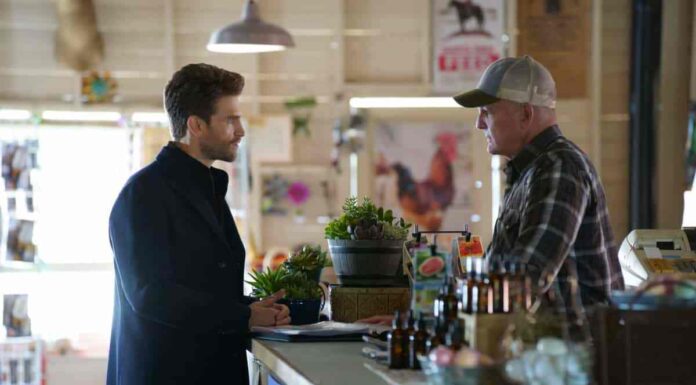 With the stunning ending of Abby Walker suddenly falling out while strolling outside the family ranch, Walker Season 3 ended just before the midseason break. After a contentious Thanksgiving dinner where the family fought vehemently over Cordell Walker’s son August’s previous actions and rebellious attitude, this scene in Episode 7 took place. The strain in the Walker family and within the Texas Rangers is still present as Thanksgiving draws to a close. Trey Barnett is fitting into his newly discovered vocation as a law enforcement officer. (to know more about the previous episode read  the recap below) Are you excited to see the new episode of the New Walker Show? Now we proceed ahead. To see what will happen in the new episode of the walker.   tvacute.com brings you the trailer of the new episode dropped by tvpromo. To see that, let’s go ahead and guess what the writers have in store for us by looking at the promo.

In Walker Season 3 Episode 9 titled “Buffering”, according to the synopsis, Liam must take charge, and Trey must prove himself. Also, Liam has come to terms with the fact that he needs to take a more active role in the family firm. His transformation this season has been so dramatic that it comes as a surprise that he is the one to take over the family business. His mother is still processing the happenings of the previous episode and is providing this information. His father would prefer there be no drama at all costs, but August is still haunted by the events of the night. August is determined to find a way to apologize to his grandparents. Perhaps it would be best if he stuck close to Liam’s camp at the moment. After that, a character from Cordell’s past appears. Find out who it is and whether they become romantically involved with you.   You can read the complete summary and watch the promo of Walker season 3 episode 9 below, which also includes some information that sheds light on what’s to come:

Walker Episode 3.09 Synopsis:  –  SLOW ROAD TO REDEMPTION – Cordell (Jared Padalecki) and Cassie (Ashley Reyes) intervene in a hostage situation at a server farm, but something Trey (Jeff Pierre) finds indicates something more sinister is at play. Meanwhile, August (Kale Culley) tries to smooth things over with his grandparents, Liam (Keegan Allen) attempts to step up his responsibility within the family business, and a luncheon awkwardly reunites Cordell with someone from the past. Also starring Molly Hagan, Mitch Pileggi, and Violet Brinson. Lauren Petzke directed the episode written by Maya Vyas

New Walker season 3 episode 9 will release on Thursday, January 19, 2023, at 8/7c, on The CW. Every episode of WALKER (2021) will be available to stream on The CW App and CWTV.com the day after the broadcast for free and without a subscription, log-in. Season 3 will also be available on Hulu+Live, Xfinity, Fubo Tv, Spectrum, and DirecTV.

Walker and his son find Abby lying out in the yard, covered in snow, and Bonham finds his wife shortly after August goes to retrieve the truck. Abby has a small stroke and is hospitalized by her family. The doctor promises a complete recovery after a rest. After Abby wakes up, Bonham reaffirms his love for her. After Abby comes to the family’s farm, Bonham takes extreme measures to protect her health but refuses to discuss her will. Though Abby forgives her grandson, Bonham and Walker keep treating August with barely veiled contempt for his Thanksgiving conduct. With Stella and August fighting, Abby urges Walker to take his kids to Dallas to see her estranged brother Will. Captain James sends Trey and Cassie Perez to work on a high-profile missing person case involving a local tech mogul named Victor Ziff. His wife is the main suspect because she depleted their bank accounts and refused to cooperate with the police. James is aloof and insists that Trey and Cassie follow the rules.  After reviewing Trey’s finances, Cassie goes to one of Ziff’s warehouses to avoid telling James everything. After listening to gunfire, the two storm the facility and find Victor playing noisy video games, having pretended to be dead and intending to flee the nation to escape paying his tax bill. However the case is concluded, James is furious that Trey didn’t update him and publicly criticizes him, questioning his career as a Texas Ranger. Walker and his kids reunite at Will’s place, where he is hostile and refuses to let them remain until Walker tells him about Abby and shows him their reservation. Stella and August make up over breakfast, and Will gives his family heartfelt farewell wishes before they depart for Austin. Abby and Bonham have a core regarding her rehabilitation, and Bonham tells Walker secretly that he should consider moving him.