Is That 90s Show Season 2 Coming To Netflix? 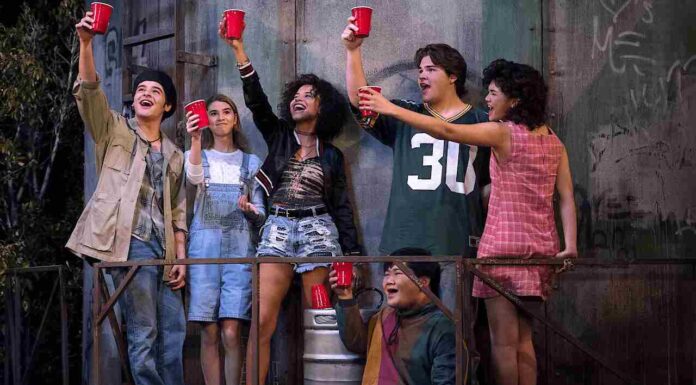 The second season of That ’90s Show on Netflix is already highly anticipated, but after the shocking ending of the first season for Leia (Callie Haverda), expectations are even higher. Set 15 years after the end of That ’70s Show, That ’90s Show follows the antics of adolescent Leia and her new friends during her summer visit to her grandparents, Red and Kitty (Debra Jo Rupp), in Point Place. Netflix’s That ’90s Show features a new cast of teens who, like their parents did two decades earlier.

After spending the first season of That ’90s Show bonding with her defiant next-door neighbor Gwen (Ashley Aufderheide) and beginning a romance with Jackie and Kelso’s son Jay (Mace Coronel), tensions eventually began to increase as the summer came to a close. Leia had a major predeparture dilemma when she almost kissed Gwen’s brother Nate (Maxwell Acee Donovan) and was also concerned about keeping her new friendships alive when she returned to Chicago for the school year. That ’90s Show on Netflix is rumored to be getting a second season, and (tvacute.com)here is everything we know about it so far.

The plot of the second season of That 90s Show will going to focus on Leia making a decision between Nate and Jay. Leia and Donna returning to Chicago. Kitty and Red (Kurtwood Smith) will also continue coaching Sherri on her romantic relationships and parenting decisions, which may involve Fez making an effort to become a stepfather to Gwen and Nate. That ’90s Show season 2 will most likely feature new cameos from the original cast of That ’70s Show. This establishes a timeline, potential plotlines, and coming back characters.

Is That 90s Show Season 2 Coming To Netflix?

The producers of That 90s Show have already begun plotting subsequent seasons, and they have hinted that those installments will also take place during the summer (via SlashFilm). By getting together again after the school year is over, the teens can rediscover one another and discuss the many ways in which they’ve grown and changed during the course of the year.  The first season of That ’90s Show premiered about 11 months after filming began in February 2022, we can probably expect season 2 of That ’90s Show to drop sometime around the dead of winter in 2024.

Officially, Netflix has not yet renewed That 90s Show for a second season. However, regardless of a show’s success, Netflix typically waits two to three months after its premiere to reveal whether or not it will be canceled.  it seems unlikely that the fate of a second season of That ’90s Show will be decided until at least the spring. Given the success of the original series and the potential of the spinoff, a second season of That ’90s Show is extremely likely, despite Netflix’s reputation for canceling TV shows after a single season. Netflix has not yet announced whether or if there will be a second season, but we should have more information very soon.